The exact meaning of the term ‘Arctic architecture’ is still somewhat obscure to many Finnish and international experts. However, architecture and land use planning have a significant impact on nature, the environment and the pleasantness of surroundings, both in Finnish Lapland and the Arctic region more generally. 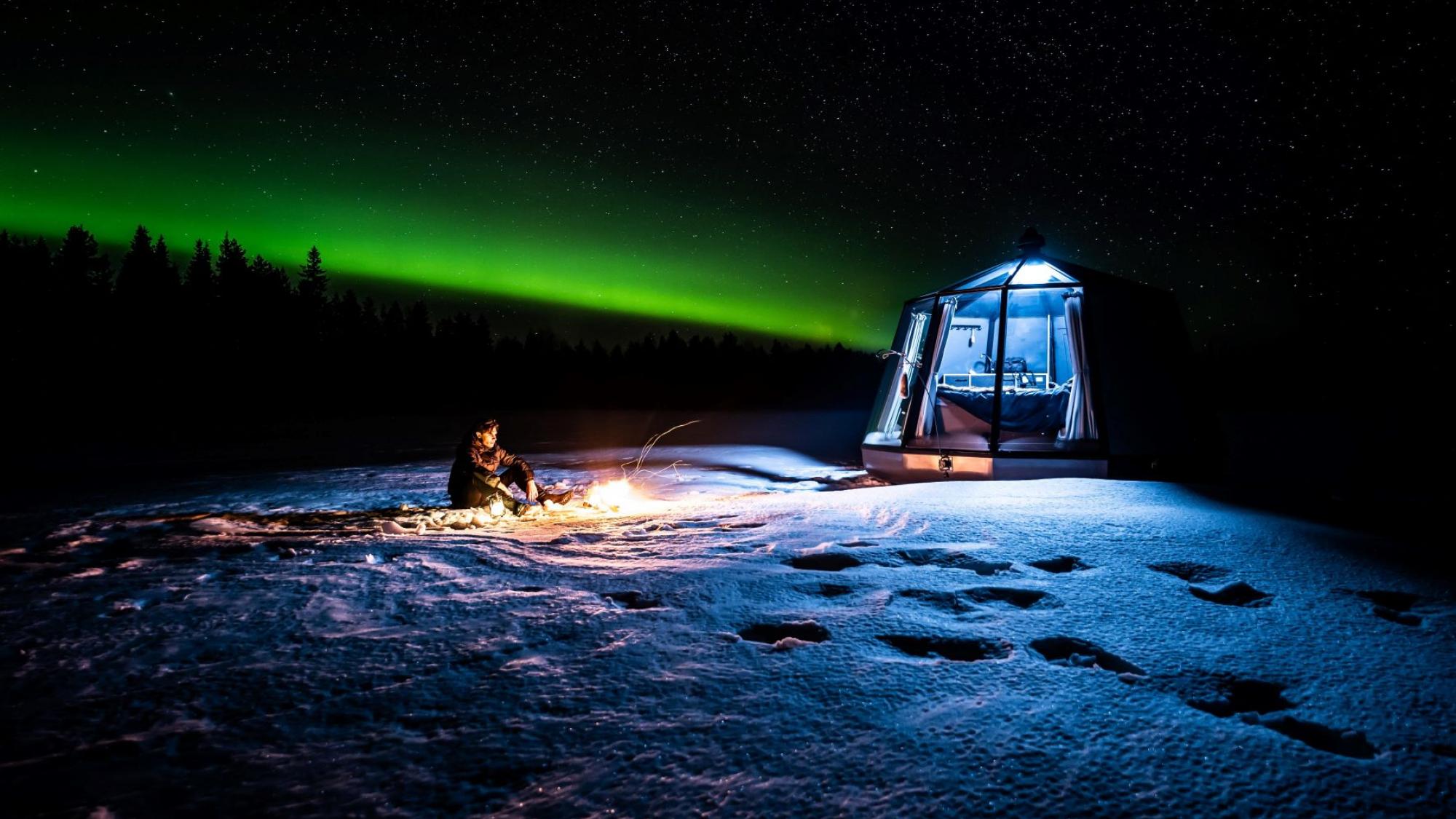 Arctic architecture is associated with open block structures and relatively flat buildings. An example of this is Rovaniemi, where these features have already been modelled in past urban development. One of the advantages of low-rise buildings and open block designs is that even when the sun is low, its light can reach the interiors of buildings. This style is not so clear in modern construction.

‘More research is needed on Arctic architecture and its impact on the environment. Arctic architecture is still a rather vague concept and has absorbed influences from Alpine villages and North America, for example. These influences are particularly evident in tourism construction. The glass igloos built for tourist accommodation in recent years are an example of new architecture in the north,’ says Timo Jokelainen, Director of Environment and Natural Resources at the Lapland Centre for Economic Development, Transport and the Environment.

Jokelainen is a member of the Arctic Interactions research project’s multidisciplinary advisory group, which monitors the progress of the project. He claims that the ARCI project's special ‘Arctic Architecture’ theme is exceptionally interesting because construction and land planning affect so many things.

‘Climate change, loss of biodiversity and the related energy crisis are all global and transnational phenomena that deserve more research. In addition to traditional construction, it would be good to find Arctic construction methods and designs that are suitable for both the present and the future. But the question is, is there really such a thing as typical Arctic, Lappish or Northern Finnish architecture?’

What to do with empty buildings?

Both Lapland and the wider Arctic region have areas of both rapid growth and decline. Growth is often driven by tourism, which until recent years has attracted a great deal of private funding. Declining towns and villages, with their many problems, have been largely left to public authorities to deal with. In Lapland too, many public buildings are for sale, empty and cold. Current population figures have rendered them useless.

‘A few decades ago, there were hundreds of school buildings in Lapland, but apparently only a few dozen of them are still in use today. New uses have had to be found for school buildings. Most of them have been sold to private individuals, but many have also been demolished. The schools too were only built after the Second World War, as the Germans burned almost all the buildings in Lapland when they withdrew. That's why there’s hardly any older or traditional Lappish construction,’ Jokelainen points out.

As there are hardly any old buildings in Lapland, we don't have many models of how they were constructed before the Second World War. According to Jokelainen, current building regulations are so strict that building in the old way would be difficult anyway.

‘It’s often easier, quicker and perhaps also cheaper to rebuild from scratch than to renovate an old building.’

Exploiting natural Arctic resources is not without its risks

In addition to architecture, Jokelainen also brings natural resource-related insights and experience to the ARCI advisory group. Of the Arctic's natural resources, oil and plans to start drilling for it in the Arctic Ocean have received the most attention in recent years. The fragile Arctic nature would be more vulnerable than many other regions in the event of an oil spill.

‘The most important natural resources in Lapland are forests, minerals and energy production. They are all linked to significant environmental issues, which are being resolved in a framework of ever-stricter regulations. In regard to forests, there is much talk about carbon sinks and loss of biodiversity. The mining industry produces emissions, but minerals are also needed for electrification, for example for batteries for electrifying transport. On the energy side, recent years have seen no further increase in hydropower, but wind farms have been popping up all over the country, Lapland included. They produce electricity, but they affect the environment by changing land use and the landscape,’ says Jokelainen.

We will adapt to climate change

Climate change is a threat to the whole world, and this includes the Arctic region and Lapland. The speed of change is a big problem, as the green shift needs to happen much faster than previously assumed. For researchers, this means being agile and producing research results more quickly. Cooperation is needed between different communities, both interdisciplinary and global.

‘It bothers me a bit that people who talk about adapting to climate change are often accused of giving in. Climate change is such a big issue for the whole world that we have to fight it. At the same time though, we need to be prepared for changes, so that we’re not in trouble if the worst-case scenarios do come true.  I personally believe that no matter what happens, people will adapt to the change. Unfortunately, animals and plants in the wild can’t do so as well or as quickly as we can, and this is why mitigation measures are so important,’ says Jokelainen.