Global perspective on the study of Arctic water systems

Associate Professor of Resource Management in Arctic Environment Ali Torabi Haghighi came to the field of Arctic studies via an unusual path. Haghighi worked for years in the field of water resources engineering and lectured in his native Iran. Relocating to Finland presented him with both challenges and inspiration. 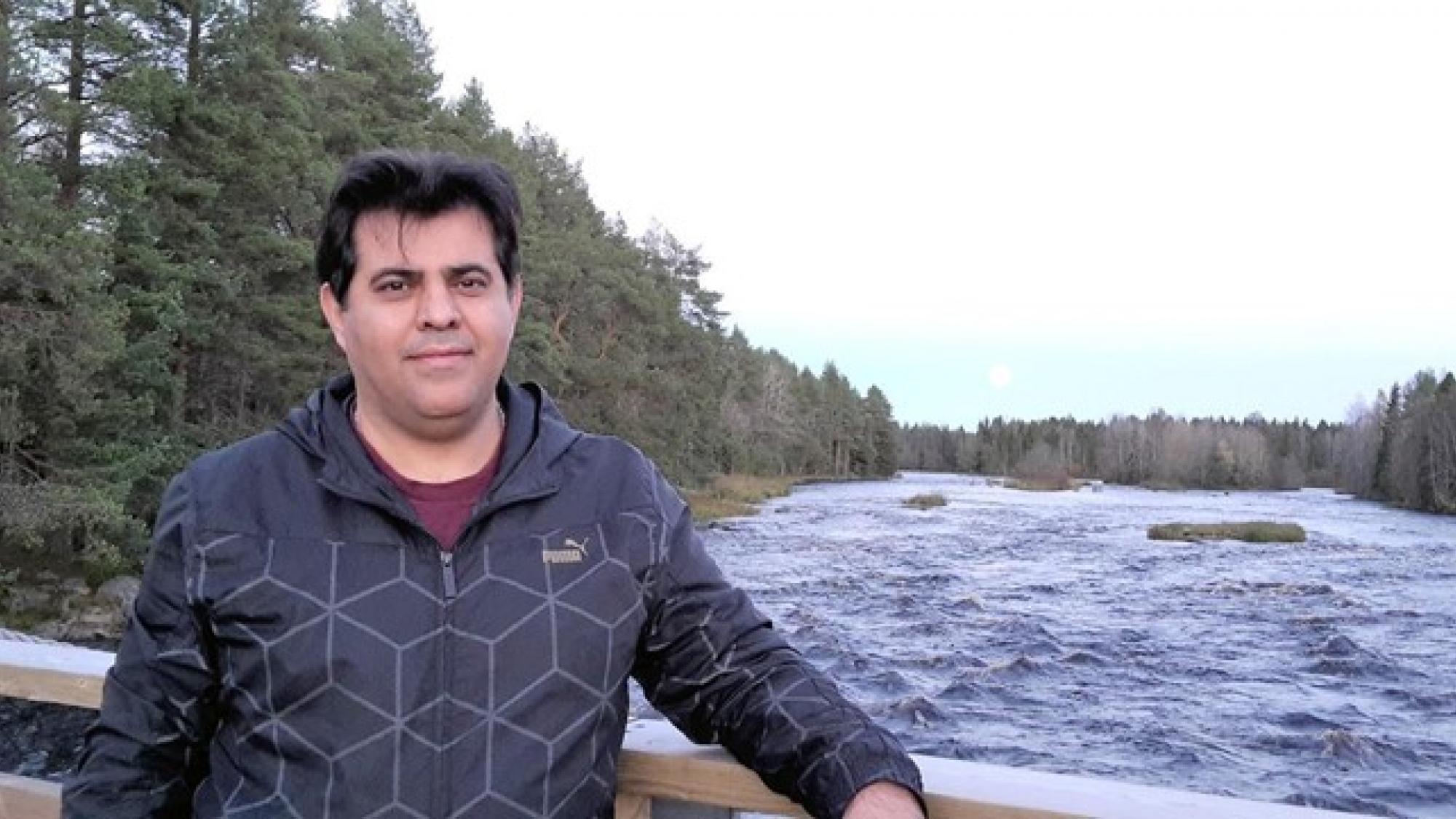 Water resources specialist Ali Torabi Haghighi first arrived in Oulu in November 2009. He had been accepted as a researcher and PhD student in water and geo-environmental engineering at the University of Oulu. Exiting a small plane at Oulu Airport, he was surprised by the northern darkness. Immediately, he felt the shudder of cold travel through him. Compared to his warm and sunny native city of Shiraz, Iran, this was a harsh welcome.

Adapting to the new climate and new working and teaching conditions was not easy. A further challenge was to help his family settle in Oulu.

Torabi Haghighi came to Oulu to pursue his interest in the environmental impact assessment of dams and hydropower. He has taught numerous courses at the Faculty of Technology since 2010. He completed his doctoral degree in 2014 and subsequently continued in the faculty as a researcher. Furthermore, he became the leader of the Hydrosystems Engineering and Management research group in 2019.

“Step by step I started to warm up to the system. I was very well accepted, and people at the university supported me as much as possible. I would say that particularly Bjørn Kløve, my professor, helped me out a lot,” he remembers.

During his career, Torabi Haghighi’s interdisciplinary research has covered a wide range of scientific fields, including water resource management, environmental engineering, land surface processes modelling, remote sensing, data mining and geotechnical engineering. In his PhD, he analysed lake and river flow regime alteration to assess the impacts of hydraulic structures, using the River Nile among others as a case study.

After a decade spent in Oulu, a new opportunity within the university opened for Torabi Haghighi. In 2020, he was appointed Associate Professor of Resource Management in Arctic Environment. The tenure is part of the Arctic Interactions and Global Change profile area.

From engineer to researcher

Growing up in southern Iran during the Iran-Iraq War of the 1980s, Torabi Haghighi did not enjoy an easy start in life. Driven by curiosity and hard work, he ended up studying civil engineering in the Power and Water University of Technology (PWUT) in Tehran, Iran. The experience had a defining impact in his decision to pursue a career in the academic world. Inspiring teachers and professors encouraged their students to visit hydrological structures around the country and to engage in field work.

“PWUT’s professors got us excited about water issues and encouraged us to solve problems. For example, instructed by Professor Amir Reza Zarrati, we measured and calculated sediment rates in a river. Doing these things and meeting all these great people was perhaps the best time in my life and influenced my future career significantly,” Torabi Haghighi says.

After graduating in civil engineering with a focus on dams and hydropower, Torabi Haghighi worked at the Doroudzan dam in Iran. He pursued his Master studies in the field of soil mechanics and foundation in Kerman University under the supervision of Professor Seyed Morteza Marandi. Subsequently, he started to teach at the Islamic Azad University and work for the Iranian Ministry of Energy.

The transition from an engineer to a researcher meant a definite change in thinking and practices for Torabi Haghighi.

“As an engineer, you usually focus on just one problem, such as the recovery of the declined ground water table, which is a problem in Iran. In contrast, as a researcher you have more time and are more interested in the bigger picture and further detail. Regarding my interest in rivers, that means considering the whole system of the river and everything it affects. For example, we would consider the consequences of declined groundwater on downstream river systems. A researcher should suggest a solution that could not be offered by an engineer,” he explains.

In his academic career, Torabi Haghighi immerses himself enthusiastically in his topic, getting to his office early in the morning to get started. He considers passion for one’s work to be the most important feature of a researcher.

“A researcher must be as excited about their topic as a football fan is about football. A researcher’s work is not done by five or six in the afternoon, it follows him everywhere. Your research questions stay in your mind the whole time,” he admits.

During his time in Oulu, Torabi Haghighi has become increasingly interested in Arctic water systems.

“I have in my career studied some great rivers around the world, like the Nile, Tigris and Euphrates. I then became familiar with several amazing Arctic rivers, like the Mackenzie in Canada. They look different compared to the rivers that I studied before. They are less impacted by human activity than other rivers and thus make good cases to look at the impact of climate change. Furthermore, the flow regime of an Arctic river can reflect changes in the entire basin. Changes in climate or land use are all reflected in the river,” Torabi Haghighi says.

He and his team have identified several areas that are the primary focus of the Resource Management in Arctic Environment tenure track position. The first of these is the river regime alteration in major Arctic rivers. Secondly, they aim to understand the impact of hydropeaking on the life cycle of salmon, especially in Finnish rivers like the Kemijoki river. Thirdly, they examine the impact of climate change on Arctic vegetation. Lastly, they investigate the impact of mining at high latitudes on the surrounding area.

“With this research, I hope we will be getting at least one step forward in addressing some problems in the Arctic. I hope we can provide some new knowledge about the area, help to predict what will happen in the future due to climate change, and to assess the impact of how different Arctic resources are used,” he says.

As a researcher whose initial expertise relates to a very different climate compared to the Arctic, Torabi Haghighi believes his perspective is unique and valuable in Arctic studies.

“My diverse background and involvement in different engineering projects have led me to look for solutions in a multidisciplinary manner”, Torabi Haghighi says.

Torabi Haghighi feels himself at home in Finland and in Oulu. He wants to make the University of Oulu more known in Arctic studies internationally and also to expand his own international networks. He enjoys the snowy Finnish winters and the midnight sun during summer. His work may follow him home, but he makes the most of it.

“When I enjoy grilled food with my family by the river Kiiminkijoki near Oulu, my eyes fix on the river. I cannot help but think, hmm, why is the colour of the river different today? These questions follow me everywhere!”

The best thing about my work: Discovering new information and phenomena, finding solutions to problems

My work is suitable for: Someone who is truly passionate about water resources and river engineering