Language, education, society: a course that broadened my perspective on education

Since I joined the Education and Globalisation master's programme at the University of Oulu, my definition of education has been continually evolving and widening. Among the courses, I have had the opportunity to attend, "Language, Education, Society" undoubtedly challenged my vision of education the most. 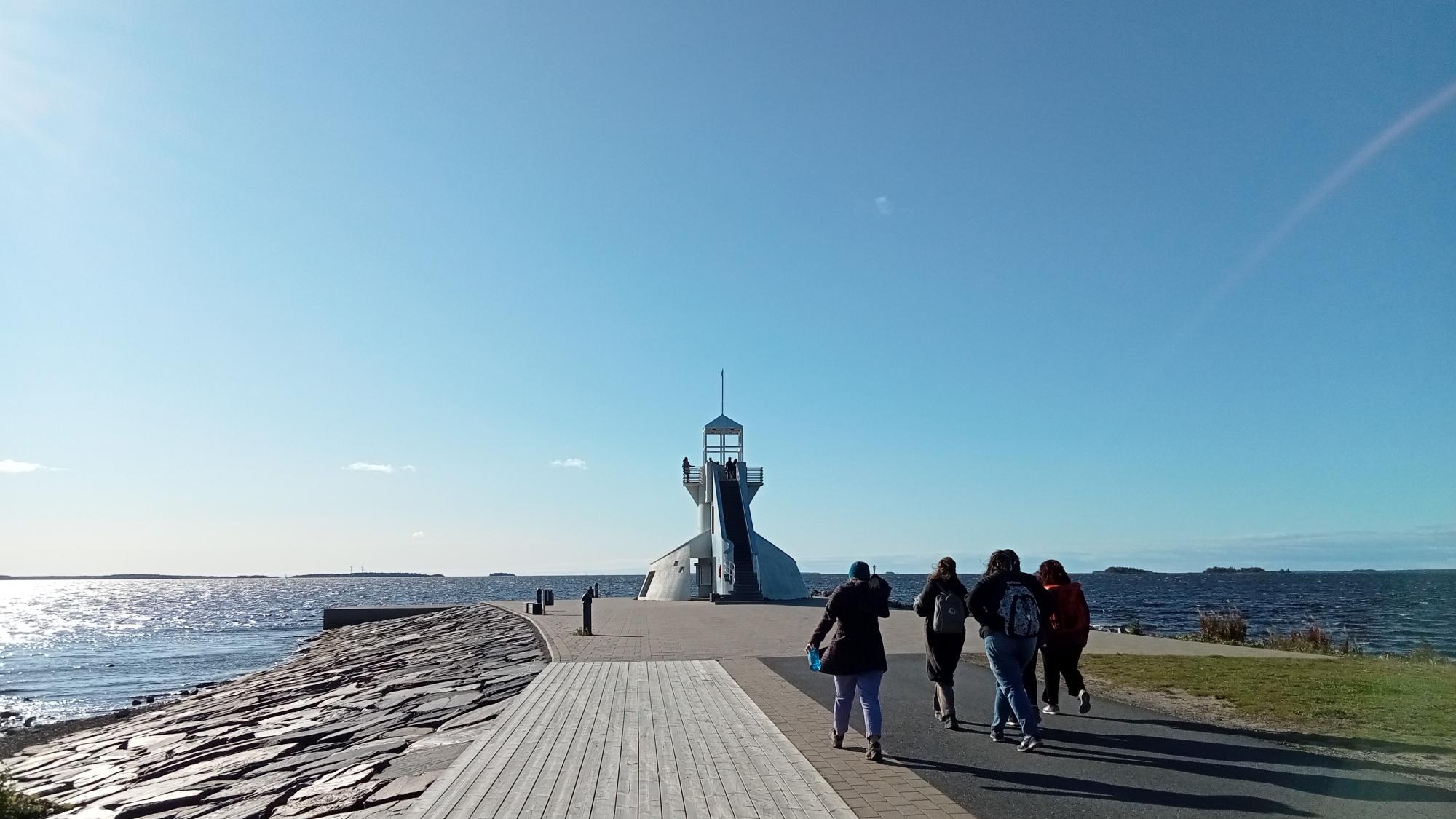 Since I became a student of the Education and Globalisation master’s programme, Language, Education, Society is undoubtedly the course that challenged the most my vision of education. During my bachelor’s degree in France, I was used to spending classes sitting quietly and taking note of every word the teacher said.

I was therefore surprised to discover that the Language, Education, Society course included activities such as meditation, introspective writing or sketching and to experience the positive impact these had on my learning process.

A new perspective on language

By engaging in different activities I was not used to, I became aware of the aspects of language that I had never thought about before. During an outdoor class at the Botanical Garden, taking a picture or a video that represented language made me realise its crucial role in our existence. Indeed, my classmates and I were able to find language nearly everywhere: in a look, in a sign, in our own gesture.

Language can be hard to define with words, and this activity allowed us to use our surrounding environment to express what language means to us through metaphors. I, for example, particularly liked one of the pictures taken of a fence in such an angle that it appeared as a bridge on the photograph, showing that language can as much unite people as it can divide them.

Another class we had was thought-provoking: we could share our language story with our classmates.

Indeed, having to write about my relationship with language made me aware of its essential impact on my life and identity.

Then, hearing my classmates' own stories brought to my attention aspects of languages that I would never have thought about by myself. I could truly grasp that language shapes our perception of ourselves and the world we live in.

Building my own definition of education, learning and teaching

This course more generally contributed to changing my perspective on education, learning and teaching. Indeed, I realised that being actively engaged in my learning process, experiencing through my five senses, reflecting introspectively through writing and exchanging thoughts with my peers allowed me to acquire knowledge and skills that I could never get by simply learning a lesson by heart.

It made me conclude that the teacher's goal should not be to transmit knowledge for the student to learn without questioning it but to guide the student in building his/her own knowledge and make the classroom a safe space where students can interact with learning from each other and broadening their perspective on the world.

By allowing me to experience new ways of learning and their positive impact on my learning process, Language, education, society, therefore, played an essential role in my journey towards becoming an educator. :)

Anaïs from France is studying Education and Globalisation at the University of Oulu. She fell in love with Finland six years ago when she spent a year in a high school in Salo. Six years later, after experiencing life in three other countries, she decided to return to Finland for her higher education.