Working as senior research fellow in structural biology research at the University of Oulu, Rajam Venkatesan has found a home far away from home, India. 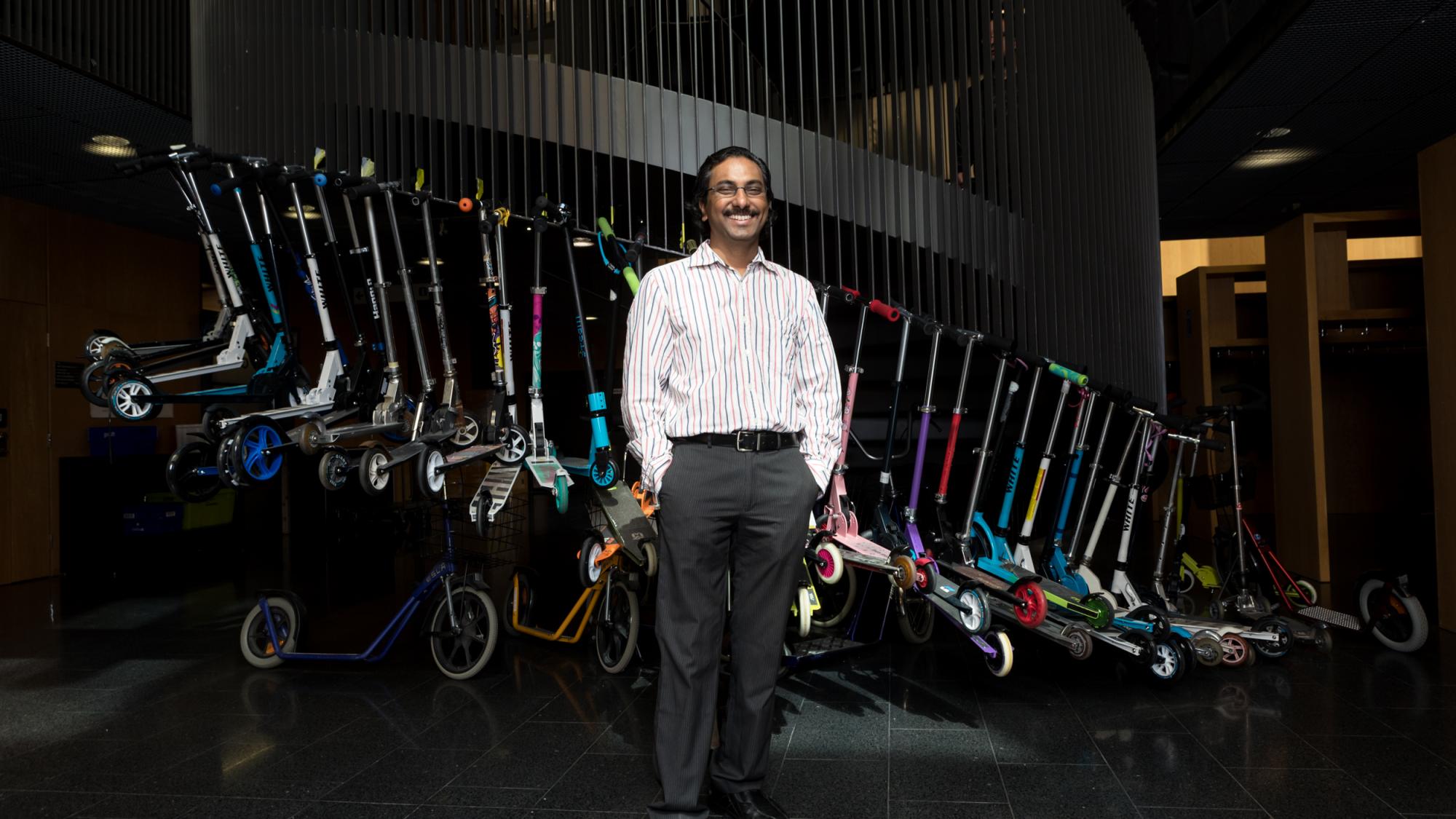 Freedom and independence matter to a researcher

"I finished my PhD at the Indian Institute of Science and was keen to come to Europe. It’s quite common that we look for post-doc research opportunities outside of India. I first came to Oulu in 2008 and really my work has just continued on. I wasn’t initially aware of Oulu, but I got to know about the lab from my PhD supervisor. The original plan for me was to return to India after two years. But since the Academy postdoctoral fellowship and especially the Academy research fellowship awarded me a chance to continue as an independent researcher, I stayed here."

"In my group, we do fundamental research, things that are curiosity-driven. We try to understand how proteins work in a body, or in bacteria and so on. Our focus is mainly on the proteins which metabolize and transport lipids. We work on multiprotein complexes and try to understand how they function. This understanding will help the biotech industry in the long term, even if there are no immediate applications of our work. Also, we are currently working on some of the protein complexes from Mycobacterium tuberculosis. Some of the long-term goals of this research are drug discovery, reducing the disease’s occurrence and those kinds of things."

On a first-name basis

"The work culture in Finland is definitely very different from India. I was lucky in India to work in a lab where the supervisor insisted on being on a first-name basis with everyone. It’s not so common to call your supervisor by their first name in India. Here in Finland the hierarchy is very low and in that sense I was kind of adjusted to the environment in Oulu after my Indian lab experience. I have quite a lot of freedom and independence in my work and it has been a very positive experience for me. There is also a very good balance between professional and personal life here, even if I don’t always follow that. But the push to work more comes from within."

"I have quite a lot of freedom and independence in my work and it has been a very positive experience for me. "

Pack some winter clothes and have an open mind

"Yes, the weather was the biggest thing to adjust to. I came here in February and it was -5 or -10 degrees Centigrade and everybody complained how it was a really warm winter. Of course, I later understood that they were right! I like that Oulu is quite a sophisticated city but still it has a countryside feel to it. In India, if a city is well-developed, there is lots of pollution, traffic, population and so on. If you are in a village, then the connections are not so good. Oulu has a very nice balance: it’s well-connected, modern but there is beautiful nature. That was really striking to me. "

"The university is a very nice place, lots of different cultures are represented there. If somebody was coming here from India, I’d tell them to come with nice winter clothes and an open mind. The city has many different ways to amaze you."

Welcome to work to the University of Oulu