The Honorary Doctors of the 11th Doctoral Conferment Ceremony 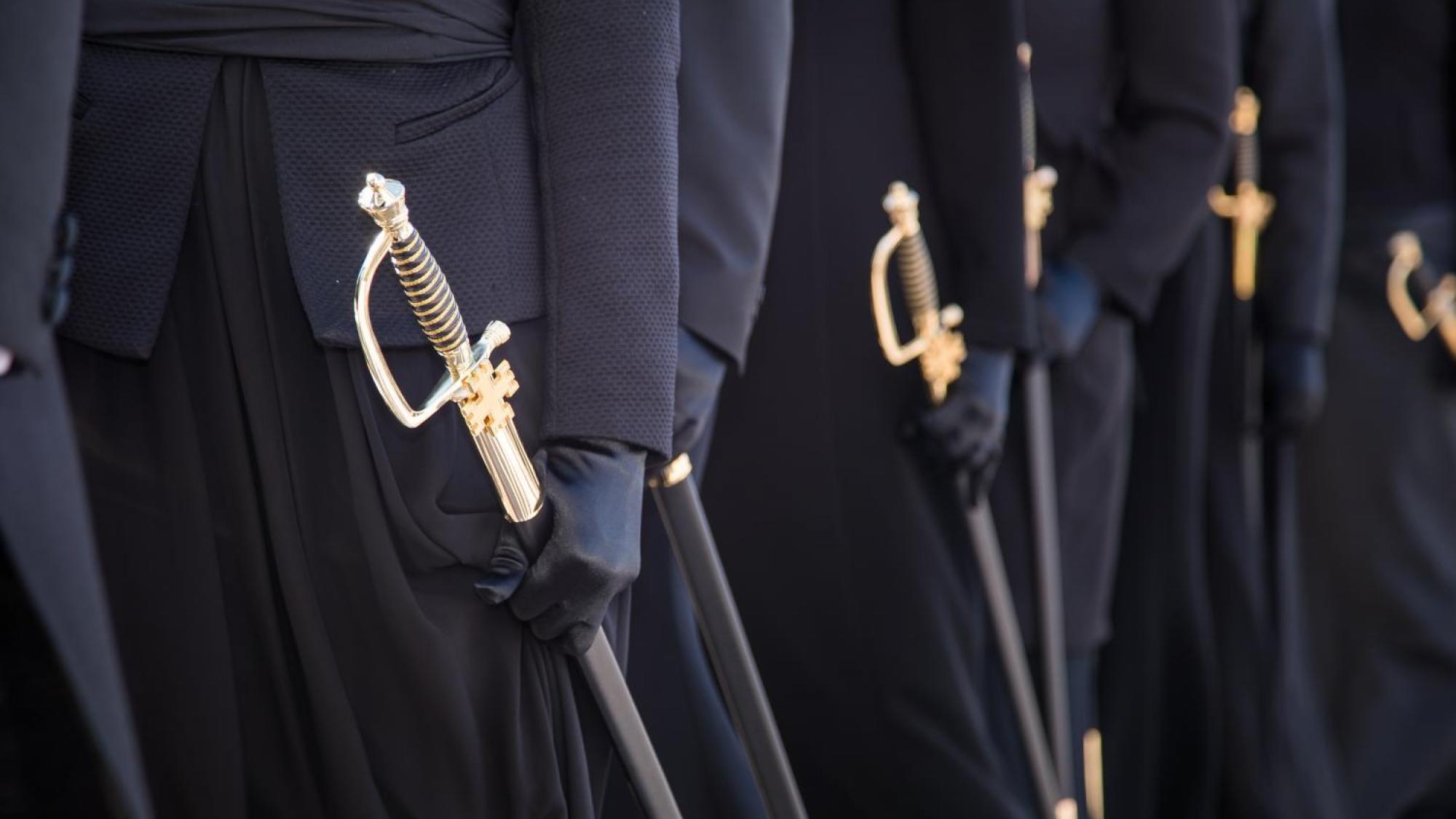 Professor Mats Paulsson is an internationally recognized connective tissue researcher. He is a Professor of Biochemistry and the Director of the Biochemistry Institute of the Faculty of Medicine, University of Cologne. He has led several large research consortia and has held numerous academic positions of trust. In 2012–2017 he was the chair of the Board of the Academy of Finland Center of Excellence in cell-extracellular matrix research encompassing six research groups in the medical campus of University of Oulu.

Sir Peter Ratcliffe is a Nobel laureate in Physiology or Medicine in 2019. He is a Professor and Director of the Target Discovery Institute at Oxford University and Director of Clinical Research at the Francis Crick Institute. Sir Peter Ratcliffe served as a scientific advisor to the Center of Excellence in Cell and Extracellular Matrix, University of Oulu, 2012–2017. He collaborates with researchers at the Faculty of Biochemistry and Molecular Medicine at the University of Oulu on the mechanisms of oxygen sensing in the body.

Niilo Ilmari Mattus, an Inari Saami language activist, author, translator and artist, has had a pivotal role in revitalizing Inari Saami language and promoting the language as an academic subject. He is a major developer of Inari Saami as a standard language and a self-educated researcher who specializes in onomastics and local history. He has been an expert, informant and research companion for researchers in various fields of science. Mattus has given for other researchers an incredible amount of high-quality research material collected by himself. Particularly important is a collection of about 20 000 place-names and a corpus of 1.3 million Inari Saami words. He has directly had an impact on success of academic research and raised its level remarkably.

Helena Petäistö is an Oulu-based former foreign correspondent of the Finnish MTV channel and author of several non-fiction books. She is one of the most well-known foreign correspondents and journalists in Finland. She has been covering the French politics and culture as a correspondent for the MTV channel in Paris and in Brussels for more than 30 years. Furthermore, she is the author of many best-selling books related to France and Europe. She continues as a popular columnist and lecturer. Helena Petäistö has been awarded to the Order of Legion of Honor of the Republic of France as Officer and has been granted the distinguished Suomen Kuvalehti Prize for Journalism.

Sandra Thompson is an internationally recognized pioneer in interactional linguistics and an expert in functional linguistics. She has published nearly two hundred scientific articles and several seminal edited collections and monographs during her long and prominent research career. Her work has regenerated the field of linguistics both theoretically and methodologically. Thompson has long had close connections to the Faculty of Humanities at the University of Oulu.

Professor Annette Scheunpflug’s research areas include comparative education, global education and learning, and researcher education. As an active collaboration partner, she has significantly contributed to developing the international profile of the Faculty of Education at the University of Oulu. Annette Scheunpflug has provided expertise in global education research in Finland, Europe and internationally. She is an elected member in the Bavarian Academy of Sciences and Humanities.

Jeremy B. Searle is professor and chair of the Department of Ecology and Evolutionary Biology at Cornell University, and conducts research related to the evolutionary origins of new animal species, but also the interface of animal evolution and human history. Over many years he has worked with colleagues at the University of Oulu in relation to joint grants, joint graduate students and joint publications.

Doctor of Dental Science, Master of Political Sciences Liisa Hyssälä has created her successful career in the university, as an entrepreneur and as a politician. She has worked as a lecturer and a researcher at the university and operated as a private practice dentist. In the field of politics, she has been a member of the Parliament of Finland and acted as a Minister of Family Affairs and Social Services and as a Minister of Social Affairs and Health. She has also acted as a General Director of Kela, the Social Insurance Institution of Finland. Currently she is a Senior Advisor in the Finnish Innovation Fund Sitra.

Professor McGrath is the Director of the Queensland Centre for Mental Health Research, and a conjoint Professor at the Queensland Brain Institute at the University of Queensland. In 2016 he was awarded a prestigious Niels Bohr Professorship, based at the National Centre for Register-based Research, Aarhus University, Denmark. His research has focused on the epidemiology of schizophrenia and modifiable risk factors associated with psychosis. Professor McGrath has won several national and international awards and he is one of the world leaders in schizophrenia research. He has collaborated with researchers in the Medical Faculty of the University of Oulu since the early 2000s.

Professor Maiken Nedergaard is a pioneer in the study of the mechanisms of brain tissue clearance mediated bu astroglial cells. She holds a professorship at both the University of Rochester (USA) and the University of Copenhagen, where she leads her research teams. In addition, Nedergaard has an extensive international research collaboration, one of them being the Oulu Functional NeuroImaging lab leading the field of human brain pulsation research.

Aarno Palotie is a University of Oulu Medical School graduate. He is a human geneticist who uses large disease and population cohorts to study the genetic background of diseases with an ultimate goal to improve and stratify prediction, prevention and treatment. He has held professorships and group leader positions in the University of Helsinki, UCLA and the Wellcome Trust Sanger Institute. He is currently a professor and group leader at the University of Helsinki, The Broad Institute of MIT and Harvard and Massachusetts General Hospital and the Chief Scientific Officer of the large FinnGen project.

Professor Eli Amir is the Max and Steffi Perlman Professor of Financial Economics at the Coller School of Management at Tel Aviv University. He is an internationally recognized researcher known for his contributions to the field of financial reporting and capital markets. His recent research has examined the precision of positive and negative information in daily stock returns, the capital market consequences of cyber-attacks and the effect of criminal conviction on the decisions of external auditors and corporate executives. He has collaborated extensively with researchers from Oulu Business School, Department of Accounting.

Professor Eva Liljeblom is one of the leading researchers in finance in Finland. In addition to her research career, she has held an extensive number of expert and management positions. She was the Rector of Hanken School of Economics in 2010–2015. Furthermore, she has served as a board member for several listed companies.

Risto Murto is President and CEO of Varma Mutual Pension Insurance Company. He has several positions of trust e.g. in listed companies and non-profit organisations connected with research and culture. He has been Chairman and Vice Chairman of the Board of the University of Oulu in 2014–2019. Risto Murto holds Ph.D. (Econ.) and has completed his master’s degree at the University of Oulu.

Professor emeritus Eero Eloranta (Aalto University) has expertise in operations strategies, operations management and demand-supply chain management, both in manufacturing and service businesses. Eloranta has contributed in national and international research programs, both in EU as well as in the global arena and his impact on Finnish industry is extensive. His publication record includes over 100 international publications. Eloranta has supervised 50 PhD theses and more than 600 MSc theses, served as the reviewer and opponent in PhD disputations in Finland, Sweden, Norway, Denmark, UK and Australia. He has contributed significantly on the development of Industrial Engineering and Management at the University of Oulu.

Master of Science in Engineering Tapani Mäkikyrö is an alumnus of the University of Oulu and an active professional in the field of civil engineering. During recent years, Mr. Mäkikyrö’s contribution both as an appointed rapporteur and distinguished expert in the field has been essential in the retrieval of civil engineering education back to the University of Oulu, as well as in developing new curriculum and external relations of this new degree program. Under the lead of Mr. Mäkikyrö, North Finnish Construction Cluster activities have been renewed to strengthen novel collaboration between the retrieved education, business and public authorities. During the time Mr. Mäkikyrö worked as the director of the Oulu City Building Supervision, a service oriented operational model, which produces added value, and which also includes substantial education and development functions, was developed and later deployed nationwide. Mr. Mäkikyrö’s work has been acknowledged by numerous national recognitions.

Professor Paula Vanninen is the director of VERIFIN (Finnish Institute for Verification of the Chemical Weapons Convention), which operates under the auspices of the Department of Chemistry, University of Helsinki. She has participated in the activities of several national and international organizations, which relate to the monitoring the prohibition of chemical weapons, for instance in the scientific council of OPCW (Organisation for the Prohibition of Chemical Weapons; 2010–2016) and its working parties (2005–2019). OPCW received the Nobel peace prize in 2013. Her research, which is concerned with the characterization of chemical warfare agents and biological toxins, is directed towards organic structural chemistry and is thus related to the research, which is carried out in University of Oulu. In 2013 Paula Vanninen was named the alumna of the year in University of Oulu.

Reid Hoffman is an American internet entrepreneur, venture capitalist and author. Hoffman was executive vice president of PayPal. He is the co-founder of LinkedIn, serving also as CEO and executive chairman in it. He is currently a partner at Greylock Partners, one of the leading venture capital firms in Silicon Valley. Hoffman has influenced research and teaching of emerging information technologies, globalization and entrepreneurship in the University of Oulu.

Pentti Leppanen is a pioneer in Finland in research for broadband communications (e.g., CDMA), tactical military systems, electronic warfare, navigation and radar systems as well as cognitive radio and networks. In 1995, Leppänen established the Centre for Wireless Communications (CWC), which has developed into one of the leading research units globally in wireless communications. Leppänen also had an active role in the creation of the Center for Health and Technology and Japanese CWC Nippon K.K., in boosting academic co-operation between USA and Finland within the WiFiUS program and with Japanese universities, e.g., in Kanagawa Prefecture “Healthcare-New-Frontier” and City of Oulu “OuluHealth Ecosystem” co-operation. In addition to research and development projects, Leppänen has been acting in several expert roles and positions of trust for the Ministry of Defence and the Finnish Defence Forces.

Henning Schulzrinne is the Levi Professor of Computer Science at Columbia University. He has made fundamental and pioneering contributions to key protocols used in Internet multimedia applications. During the past twenty years he has supported research and education in the University of Oulu in many valuable ways. He is a member in the Scientific Advisory Board of the 6G Flagship programme.