The exports of goods by Finnish micro-enterprises* are modest in relation to other European small advanced economies (ESAEs), and especially compared to our neighbours Sweden and Norway. However, this challenge provides us with natural opportunities for 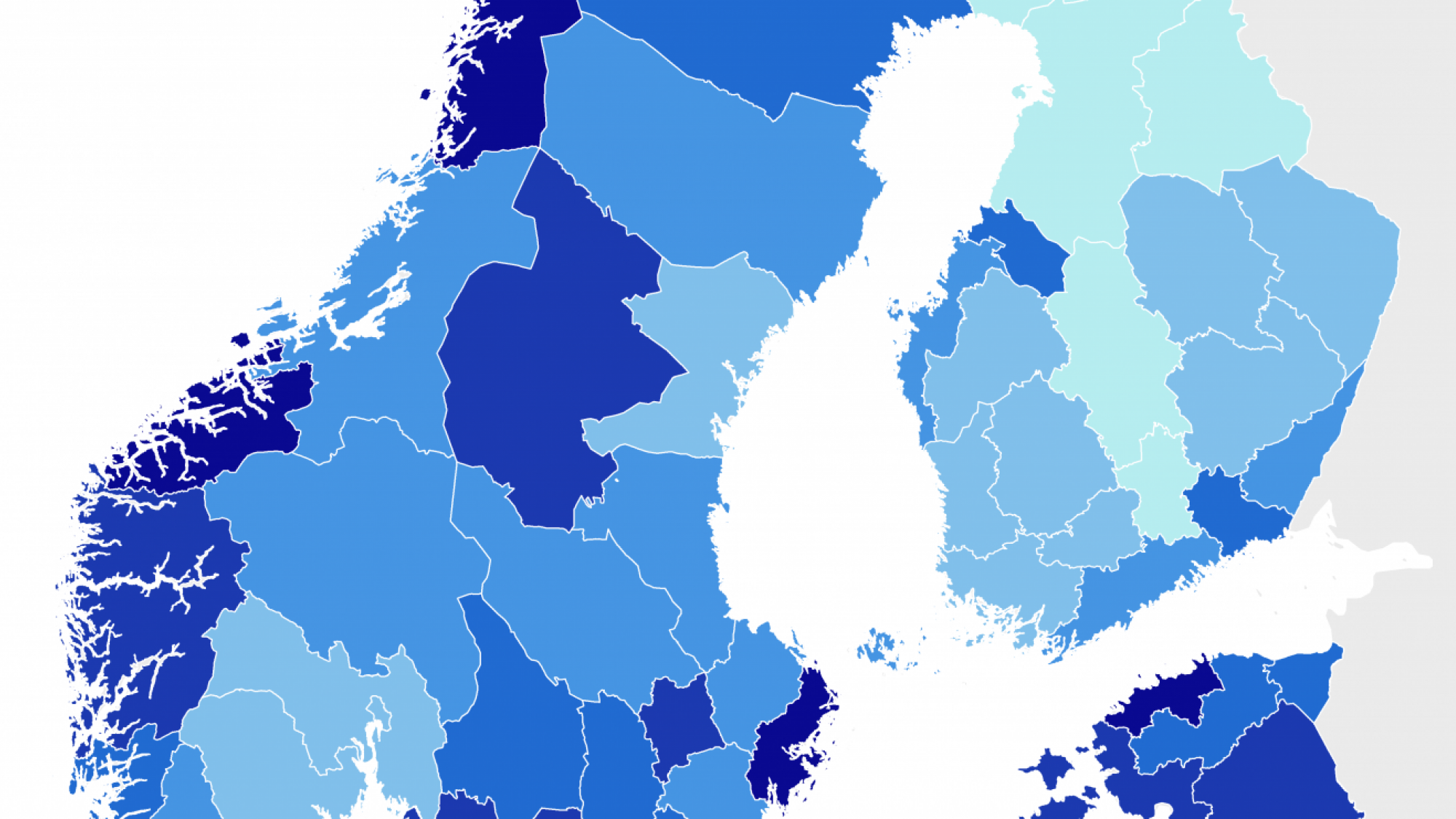 The exports of goods by Finnish micro-enterprises* are modest in relation to other European small advanced economies (ESAEs), and especially compared to our neighbours Sweden and Norway. However, this challenge provides us with natural opportunities for economic growth if our goal is to reach the level of our neighbours. For example, with Estonia's average export volume per capita, Finnish micro-enterprises would generate an increase of EUR 5.1 billion in exports of goods and, at the Swedish level, up to EUR 9.6 billion compared to the 2018 level. Company data allows us to locate concentrations of exporting companies and establish exchanging information and mapping practices to promote micro-enterprise exports.

Finnish companies are exporting strongly, but mainly by large and medium enterprises

Sweden and Norway (Eurostat 2018). However, this challenge provides us with natural opportunities for economic growth if our goal is to reach the level of our neighbours. However, in order to catch the development gap between Finland and the reference countries, we need evidence-based information on effective operating models and measures tailored to our circumstances based on them. Success in the growth of micro-enterprises' exports of goods is a prerequisite for the strengthening and diversification of Finland's economic structure. For example, with Estonia's average export volume per capita, Finnish micro-enterprises would generate an increase of EUR 5.1 billion in exports of goods and, at the Swedish level, up to EUR 9.6 billion compared to the 2018 level.

In general, statistics can be used to study exports of goods and service export. Indirect exports, i.e. participation in the subcontracting chains of exporting companies, cannot be found in full in the available statistics. Examining micro-enterprise exports from ready-made statistics is not straightforward. Exports of goods are otherwise compiled very comprehensively in connection with customs clearance, but for intra-EU trade, small exporting companies have a lower limit on the obligation to declare, which is country specific. In the Baltics, the limit is lower than in Finland, while in Sweden it is higher. Thus, data for the smallest companies exporting only within the EU are missing from the statistics for EU countries, and export statistics only apply to limited share of micro-enterprises. Service export statistics, on the other hand, are based on surveys that are mainly targeted at larger companies engaged in service exports. Indeed, when examining exports of micro-enterprises, statistics on exports of goods can be thought of as the best available benchmarks, which are used to look for regional and operational differences instead of statistics on total exports.

Figure 1. Exports of goods by micro-enterprises in Europe by country in relation to population (€1,000 per capita).

Concentrations of exporting micro-enterprises in the Baltic Sea region

When examining the regions, it should be borne in mind that exports are recorded with the head office of a multi-site company. Micro-enterprises are often not multi-site; however, when it comes to the exports of all enterprises, the role of large urban areas is emphasised. If there are significant larger export companies in the region, the percentage of micro-enterprises or comparable to the population will remain small, even if the absolute value is relatively high.

Figure 2. Exports of goods by micro-enterprises in the Baltic Sea region by region in relation to population (€ per capita).

Exports of micro-enterprises should also be compared to the size of the population. Even then, the top ten are almost the same as mentioned above when comparing the ratio of micro-enterprise exports to total exports in the region, only in a slightly different order: the areas of Tallinn, Vilnius and Stockholm, Møre og Romsdal, Riga area, Nordland in Norway, Southern Estonia, Västra Götaland and Jämtland. In this comparison, Kainuu, Northern Ostrobothnia, Central Finland and Gotland, which was in the top ten in the previous comparison, are at the tail end. Micro-enterprises have a relatively large responsibility for Gotland's exports, but the majority of the population work in sectors other than the export of goods. This is reflected in the fact that Gotland ranked last in total exports relative to population.

When reviewing the region's total exports in relation to population, the strongest regions are Telsiu in Lithuania, Kronoberg County in Sweden, Lapland, Västra Götaland County, Møre og Romsdal, Stockholm, Södermanland and Vestmanland in Sweden, and Ostrobothnia. Västra Götaland County in Sweden, Stockholm and Møre og Romsdal in Norway are thus strong in relation to the population when examining the export of goods volumes of both micro-enterprises and all enterprises.

The core areas of exporting micro-enterprises in Finland

Figure 3. Exports of goods by micro-enterprises in Finland by sub-regional areas in relation to population (€ per capita).

When comparing the total exports of the sub-regional areas to the population, Vakka-Suomi is in a class of its own in Finland by just over EUR 91,000 per capita, and clearly also beats the top of the larger regions in the recent international comparison. The clear number two is Kemi-Tornio with EUR 44,000 per capita. In this comparison, the Pietarsaari sub-regional area and Kotka-Hamina, taking third and fourth place, are successful when the exports of both micro-enterprises and all enterprises are looked at relative to population.

Examining exports of goods provides new information, but a similar view of service exports would be needed. Exports of goods are directly linked to certain industries in which export products are manufactured. The most important industries for a micro-enterprise engaged in the export of goods in Finland are related to machinery and equipment. In terms of service exports, we still rely on surveys and small samples. The thinking shifts to making better use of the data resources of the economy in order to avoid burdening small enterprises with new requests on compiling statistics.

How could companies influenced by the produced regional information of micro-enterprise exports and move towards a growth path? Enterprise statistics allow us to locate concentrations of exporting micro-enterprises. With data analytics, we can deepen regional analyses in Finland and Europe by industry and in reviewing growth paths and enrich the analysis with other social data. However, the most important thing would be to start exchanging information and mapping practices with the regions that are most successful in exporting in terms of micro-enterprises. What has been done differently in the core areas of exporting micro-enterprises? Are the differences deep in the structures of society as well as in culture? Are solutions found in operating models and can they be imported and adapted to different areas of Finland?

We have many features in common with Sweden and Norway, such as very high level of structural happiness, equality and level of education. We are also strong exporting countries. So why should we not be able to do the same or even better in micro-enterprise exports?

In Kerttu Saalasti Institute's blog we write about the topics of the Institute's research groups, micro entrepreneurship education and the Institute's general topics. The authors are researchers, experts and members of networks.