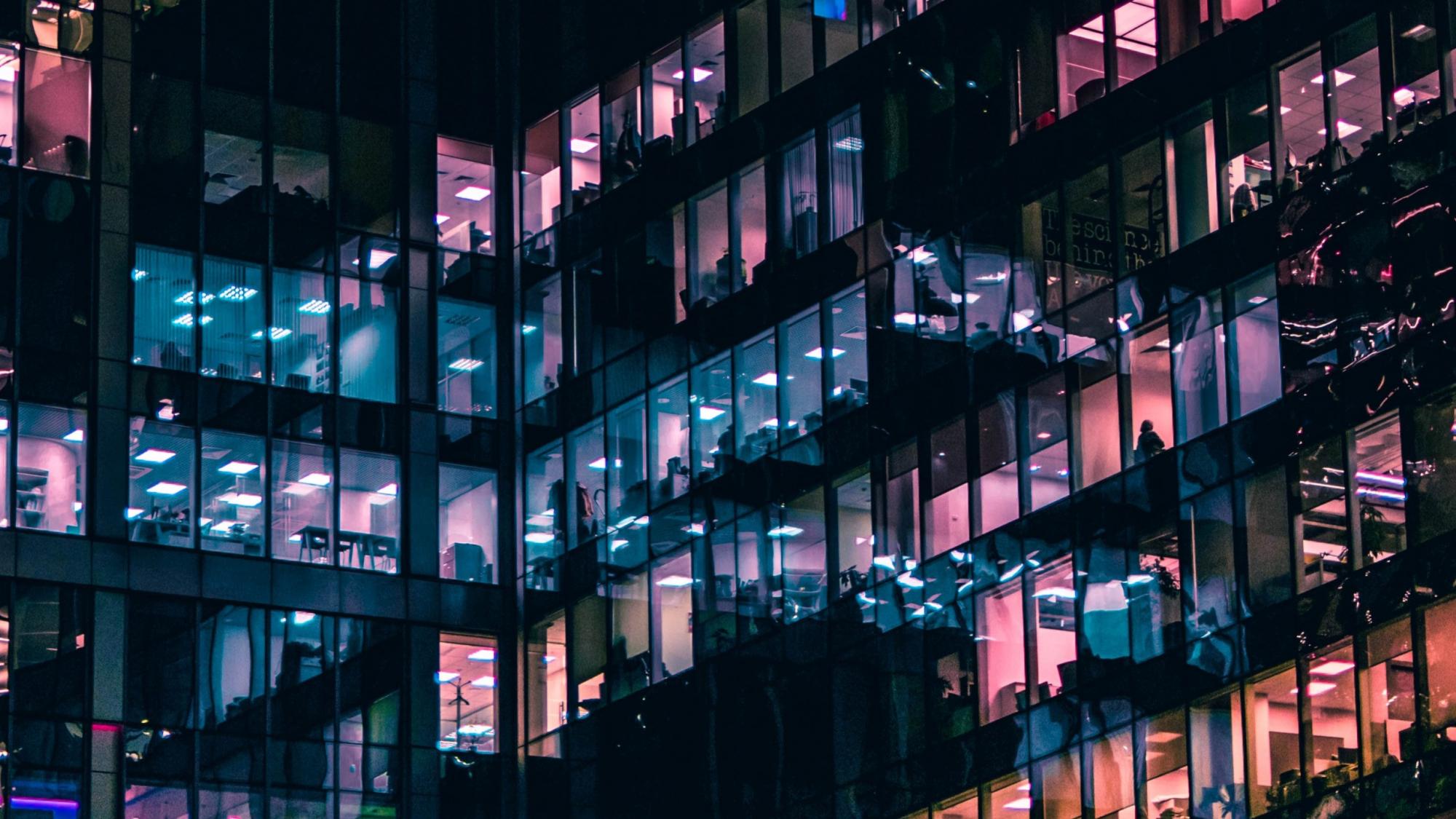 In this blog post, I mainly highlight the findings from the “2019 Cambridge 2nd Global Enterprise Blockchain Benchmarking Study.” The report shows that Hyperledger suite (with Fabric as the flagship protocol) is the most frequently supported protocol framework by integrators and software development platforms (55%), followed by Corda (15%), MultiChain (10%), Quorum (6%), and Steller (3%), and others (11%). The selection criteria of core protocol framework included: vendor maturity (52%), performance and scalability (44%), use case fit (24%), privacy and confidentiality (24%), security (20%), unique features (16%), interoperability and extensibility (16%), cost factors (12%), open-source (8%), and other (8%).

An important note is that although it is blockchain system, at the current state, most of the existing enterprise blockchain networks in production are currently hosted in a single-cloud environment where nodes are all administered and operated by a single third-party service provider (e.g., IBM Blockchain) who is also responsible for producing blocks. In this regard, project members can then connect to the platform host via a trusted API connection. It turns out that in 69% of these cases (during this report).

As expected, nearly half of live blockchain networks are related to finance and insurance (43%), followed by cross-industry (9%), accommodation and food services (6%), health care and social assistance (6%), retail trade (4%) mining, quarrying, and oil and gas extraction (4%), transportation and warehousing (4%), arts, entertainment, and recreation (3%), wholesale trade (3%), public administration (3%), real estate and rental and leasing (3%), and others (12%). Data suggests that most live networks have launched with a narrow focus on a specific use case, although the intention to gradually broaden the scope to include other industry-related usages is often highlighted in the official roadmap. As for the customer base, 44% are by large corporation, followed by SMEs (15%), public sector institutions (13%), individuals (10%), start-ups (10%), central banks (6%), and non-profit organizations (2%).

Adoption in Other Public-Sector Institutions

Before 2018, blockchain could be related to hype; however in 2019, many projects have been in production as they realized the value proposition of adopting blockchain technology in their operations. The report found that blockchain networks can provide value to enterprises in three ways:

Since blockchain is related to a shared data network, a look at the type of participants for shared-use networks reveals interesting insights: in their current form, more than half of production networks have been set up between business partners, whereas only 19% have launched with the participation of direct competitors. 24% of covered networks have a combination of competitors and partners that are less straightforward to categorize, given that they occupy different positions in the value chain (downstream and upstream). In their current form, 57% of the blockchain networks are set up between business partners.

Another interesting finding is about the timeframe of a blockchain journey. It is considered as a long-term business investment that required an average of 25 months from the proof of concept to pilot/trial then in production (i.e., full deployment of a blockchain network in a production environment). This supports the view that enterprise blockchain projects are journeys that involve the transformation of core market infrastructure, which naturally require a longer time frame and more patience than simple application development. Moreover, successful network launches do not immediately translate into commercial benefit: most live networks have yet to see extensive usage after being deployed in production. It will likely take years before a significant impact can be observed. Although the adoption of blockchain technology is a long-term journey, many corporations are willing to invest their resources in this technology due to eight key drivers:

Why Some Projects Were Abandoned

On the other side, the report also revealed that the vast majority of blockchain experiments, proofs-of-concept, and trials do not pass to the next stage. While project launches are generally announced with great fanfare, including press releases, blog posts, and news articles, many ends up being quietly abandoned with little to no public acknowledgment. This further fuel the hype by creating an artificial perception that blockchain technology has been widely adopted. There are six major reasons for discounting a blockchain project:

As noticed in the report, 25% of network operators discontinued a blockchain project on the basis that the technology turned out to be unsuitable for the aimed business case. When they were asked whether they were aware of alternative technologies such as cloud computing or traditional distributed databases that may be better suited to deliver the same business case, only 16% acknowledged that this was the case. 33% responded that they do not believe an alternative technology could provide the same benefits, demonstrating significant confidence in the technology’s useful capabilities. 37% of respondents are either still investigating alternatives or remain unsure about the existence of potential substitutes that would provide more enormous advantages. Importantly, the main challenges that inhibit a broader adoption of enterprise blockchain in both private and public sectors are the poor understanding of the technology (i.e., knowledge gap; scored more than 4.29/5) and reluctant to change established processes (scored more 4.22/5).

As we all know, the adoption of blockchain technology is still in the early stage; most of the companies are waiting to unlock their transformative potential after completing the testing phase and achieving extensive usage. Nevertheless, survey data suggests that 67% of organizations engaged in blockchain activities are either satisfied or very satisfied with the overall performance and outcome of their projects. There are two blockchain market approaches for new entrants:

By joining an existing network, an entity can faster go-to-market (i.e., speed), and has a limited cost associated with the coordination and development costs (i.e., cost-effective). Further, the entity does not need to set up a new technology infrastructure as it is already tested by the existing network (i.e., reduce complexity), where the use case fit has already been tested and validated in many cases (i.e., business case validation), in which enhances the lessons learned by other network members (i.e., accelerated learning). However, the entity has to subscribe to the on-boarding or licensing fees. It does not have much influence over the decision-making process, technical standards, and commercial mode (i.e., adhere to existing terms and conditions). That is, this entity has to depend on the existing technology infrastructure (i.e., limited flexibility), where the commercial benefits for revenue-generating use cases may potentially be less noticeable (i.e., reduced commercial opportunity).

While creating a new network, this entity can have full influence on the use of case fit, technical architecture, and standards, as well as governance and commercial model (i.e., influence). In this sense, the entity can create a new system from scratch that free from technical debt (i.e., flexibility), which potentially creates a new industry-leading utility (i.e., relevance) and lead to a new form of revenue-generating use cases (i.e., commercial up-side). Nevertheless, the entity has to put a huge effort into coordinating, developing, operating, and designing the governance of the new blockchain network (i.e., cost and extra resources). It will be a time-consuming project as the entity has to get support from both internal and external parties to buy-in their new network (i.e., time-consuming), as well as to take the initiative for regulatory and legal approvals (i.e., regulatory uncertainty). Another potential risk is that a new network may not has a possible network effect if there is no possibility for future interoperability (i.e., lack of critical mass).

In comparison to the 2017 Cambridge report, the enterprise blockchain sector has experienced an enormous advancement as nowadays more than hundreds of active and live blockchain network are available. Also, there is an increasing shift to the application layer, which focuses on building business applications on top of the blockchain network layer to leverage its network data. The surveyed findings also demonstrated that experts believe that the adoption in the private sector (79%) and public sector (63%) will arrive within five years.