It was an excellent trip to Atlanta for my presentation of research finding at the 50th Annual Association for Consumer Research (ACR) conference that held from 17-20 October 2019. This is my third time at the ACR conference; thus, I have many familiar 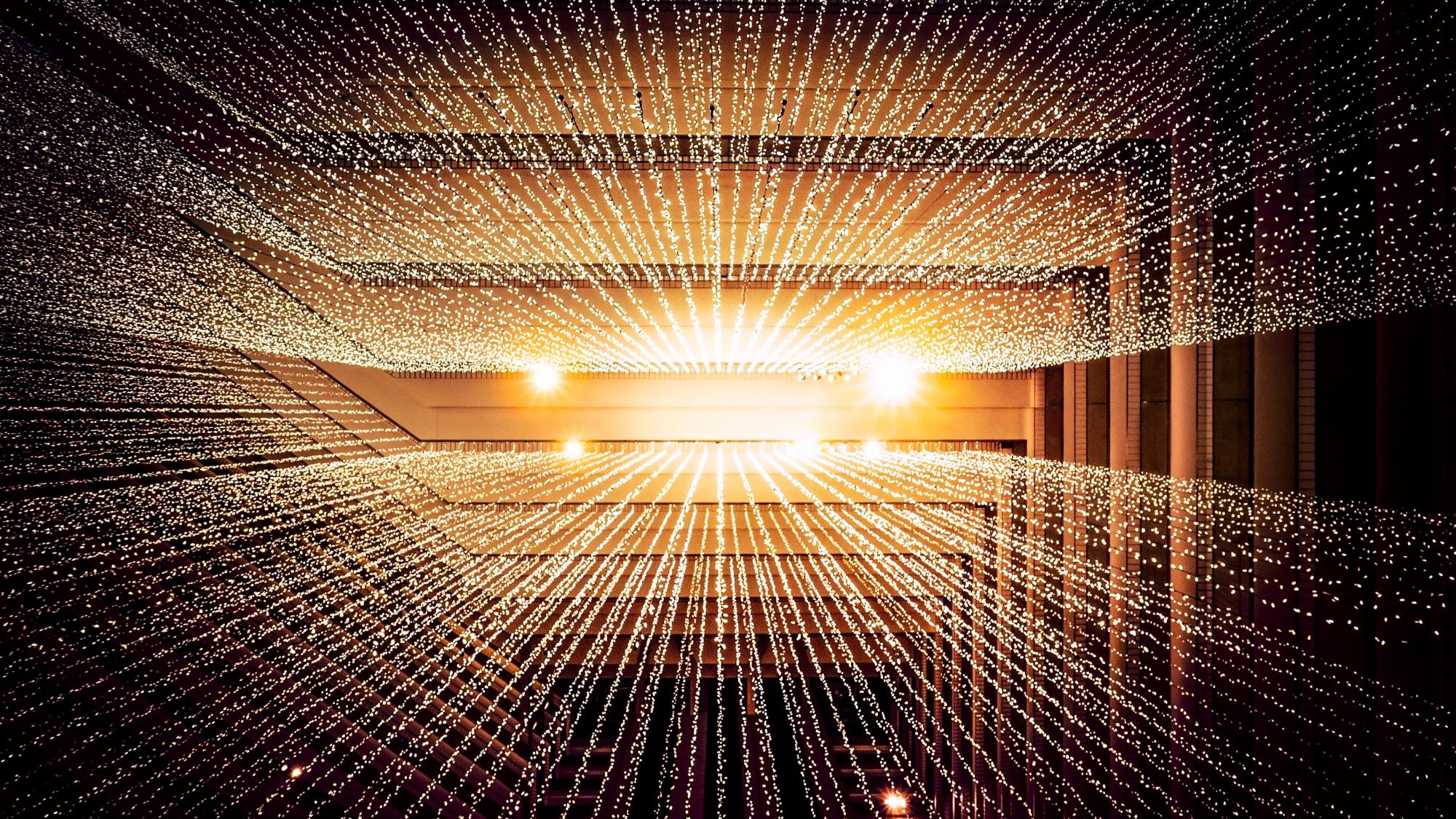 It was an excellent trip to Atlanta for my presentation of research finding at the 50th Annual Association for Consumer Research (ACR) conference that held from 17-20 October 2019. This is my third time at the ACR conference; thus, I have many familiar faces to discuss current and future research direction. Surprisingly, only a few of them (experts in consumer research) are familiar with the “blockchain” term, and yet, most of them are passionate about artificial intelligence (AI). Then, I did a field testing on the official conference app (Whova app) as shown below. As expected, only 4 out of the 1200++ attendants were somehow interested in “blockchain,” but none of them were willing to engage in the blockchain discussion. For information, the ACR conference is considered the most recognized consumer research in the world and every year, prominent consumer researchers will present their novel findings in the conference for gaining greater publicity.

As a result, I am sure that blockchain is relatively new among the consumer researchers, as well as among the marketing scholars. Such a trend is precisely similar to ten years ago; people who talked about AI were mainly from the IT and engineering experts, but not among the business-related scholars.

The dark side of automation in marketing and consumption

At this year's ACR conference, the “AI” and “automation” was the hottest topic and such topics had attracted the highest number of audiences. They further organized a panel discussion with titled “The Dark Side of Automation in Marketing and Consumption” that consisted of senior and junior researchers from Harvard Business School, University of Pennsylvania, INSEAD, Columbia University, York University, Erasmus University, New York University and so on. The main discussion was surrounded with unsolvable challenges that are faced by consumers who use products/services with AI or automation features, in both online and offline contexts. Eight core elements of the dark side of automation in marketing and consumption were highlighted:

Most likely, someone could explain how to overcome some of those challenges if he/she has been following the blockchain technology, especially issues related to lack of privacy, lack of autonomy, loss of capacity, the balance of power, and inaccurate information. Undoubtedly, blockchain is not an all-in-one solution. Thus, it may not relate to solving price discrimination, lack of spontaneity, lack of interpersonal contact, and lack of self-regulation skills. At least, half of the concerns could be overcoming by the blockchain technology.

One main reason for the privacy concern and lack of autonomy nowadays is that consumers need to disclose their identifiable information while register for an online service. Then, we only have limited right to view our data. For instance, Amazon, basically, we have no option not to surrender our valuable information to the provider while using their services, such as full name, corresponding address, demographic data, and past-purchase behavior. Also, most of the mobile apps require to have access to our location, calendar, contacts, camera, microphone, photo album and so on (you might not be aware of this since they only ask once after you have downloaded the app). As such, consumers’ data are being collected consistently.

For example, on the Facebook app, consumers’ location data are collected from time to time; even if we do not check in our location, you should check your smartphone's Facebook app: Setting & Privacy → Setting → Location → Location History → View Your Location History → enter your password. To switch off our background location, we have to go to Setting & Privacy → Setting → Location → Location Access → to make your setting. As I am teaching digital marketing at the Oulu Business School, I turned off most of the app permissions since 2018. Don’t believe me? I am quite sure that you are unaware of switching off at least one of the app permissions, such as LinkedIn, WhatsApp, Instagram, Booking.com, WeChat, etc. Even if you switch off today, most consumers are going to turn it on one day as they wanted to check-in location, share, or download photos.

Since those big tech companies have access to consumers’ data, literally, they become stronger by providing us personalized products, services, advertisements, or even share consumers’ data for monetization. As such, new startups are unable to compete with these big tech companies even they are more creative and innovative—for example, the acquisition of Facebook on WhatsApp and Instagram. Thus, I would agree that consumers’ online data is considered the most valuable asset in the digital economy.

Identity on the Blockchain (Decentralized Identity)

The key question is who should have the ownership of the consumers’ data? Undoubtedly, it should be the person who provides and generates the data—the consumer himself/herself. The next question is how to own our data while using services from other providers? Would it be possible not to disclose our data to Amazon while making a purchase on Amazon? It would be possible if in the future we could provide verification of our digital identity from a reliable source—identity on the blockchain. Identity management on a blockchain will play important role in the token economy as it ensures the efficiency of verification process, reduces transaction cost, and enhances transaction speed (Sandner and Groß, 2019). In the future, consumers only need to register their digital identity on a single blockchain system and our data will be completely independent from any service providers. That is, in the future time, consumers hold full responsibility of their data and they will have full autonomy to select what and when their data to be disclosed to the service providers.

One important aspect of privacy in using blockchain is the combination of the private and public keys. In a layman’s term, a private key is a secret key (i.e., a list of meaningless bit code) that only known by the owner to give access to the information. A public key is made available to everyone via a publicly accessible repository or directory, which could be represented in a QR code, in a 130-character, or a 66-character. The public key is sharable as it does not consist of any personal data, which acts as a pseudonymous identity, and a new public key could be generated anytime to avoid being tracked maliciously. Importantly, only the private key can set off algorithms for decryption and transforming a message into a readable format. Thus, the private key is used to protect user identity and security through digital signatures. In the future, the private key could be as crucial as our passport because it is the only key for our digital identity and digital mindset. A new form of personal responsibility! As a result, consumers in the future only need to ensure the verification is proved on the blockchain platform, and then a message will be delivered to the service provider to execute a transaction without requires the service provider and third parties to act as a verifier.

Since the service providers are not able to collect consumers’ specific data after getting verification from the blockchain technology, we could assume the market will be fairer and more effective as consumers will no longer depend on few big tech companies. Further, consumers could selectively and cryptographically share their data with reliable advertisers/brands in exchange for micropayment. A micropayment is an e-commerce transaction involving a tiny sum of money in exchange for something made available online, which could be referred to as cryptocurrency that used in blockchain technology (Harvey, Moorman, and Toledo 2018). In this sense, consumers will maintain a high level of privacy and autonomy, thus should not overly depend on the influences of big tech companies.

The next question: Who in-charge of the consumer identity on the blockchain? Not surprisingly, many projects are still in the experimental stage, such as Decentralized Identity Foundation, IBM Digital Identity Management, and Microsoft Identity Overlay Network (ION). Again, most of these projects are initiated by big tech companies; that’s the reason why the implementation stage is relatively slow in the marketplace. I believe consumers/public still have doubts about the integrity and true motive of those big tech companies. Personally, I would prefer countries to initiate such an identity on blockchain from the European Union. A decentralized but permissioned blockchain network should be applied; each EU country should include public organizations with no conflict of interest, such as including all public universities. In this regard, each of the universities in the EU would maintain a copy of the most updated blockchain to avoid being hacked as commonly occurs in a centralized database. Still, nobody could view the data stored in the blockchain as a private key is needed for the decryption of information. Practically, Microsoft’s white paper has provided well explanations of how to design the decentralized identity system with seven layers.

Only one minor suggestion on this white paper; I proposed that decentralized systems should be shared among the EU universities rather than depends on private corporations. An important note is that blockchain is a teamwork project, especially projects that have a direct influence on consumers. Of course, China could implement their version of decentralized identity in its country, but this should not be the case for the EU countries. It would be wise to involve most of the EU countries by focusing on necessary information, such as personal identification, demographics, and education credential.

All views expressed on OBS Blog are my own and do not represent the opinions of any entity whatsoever with which I have been, am now, or will be affiliated (e.g., Oulu Business School, Finland). This content is intended to be used and must be used for informational purpose only. The information contained herein is not intended to be a source of advice or analysis with respect to the material presented, and the information and/or documents contained in this blog do not constitute advice