How barbarian are you?

Only recently, at the end of October, appeared a new German historical six-part miniseries, called Barbarians, on Netflix. In the series, viewers are taken to Teutoburg forest where a battle was fought between the Romans and Germanic warriors, which 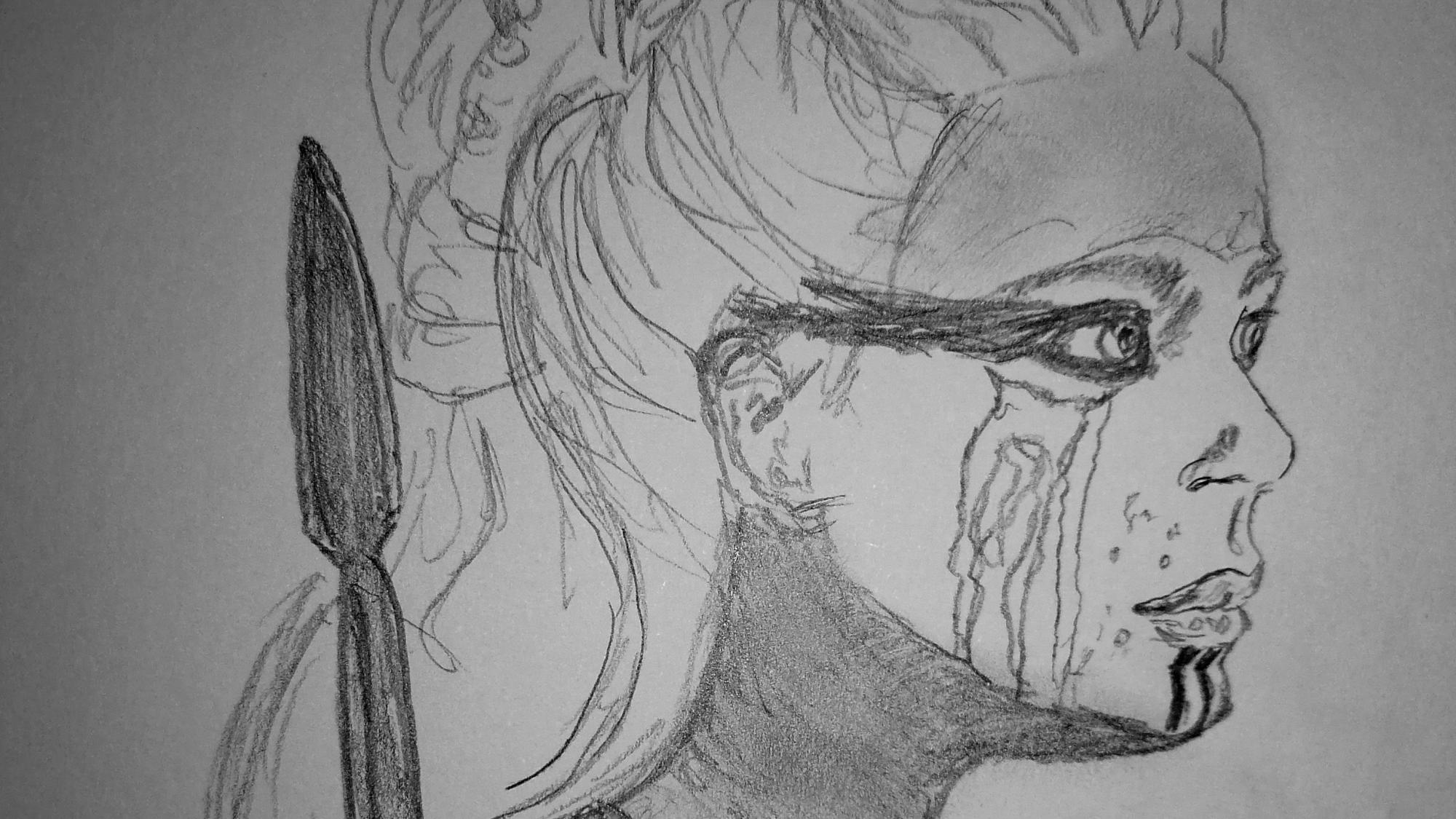 Only recently, at the end of October, appeared a new German historical six-part miniseries, called Barbarians, on Netflix. In the series, viewers are taken to Teutoburg forest where a battle was fought between the Romans and Germanic warriors, which halted the northward advance of the Roman Empire in CE 9.

Barbarians reminds me of another historical series that is called Vikings. Every time I watch historical series, I question what is true in them? A historian or a philosopher cannot get away from critical thinking. Some people perhaps watch historical series purely as entertainment, while others end up asking: how much of this show is true? Recently I have been reading lots of R. G. Collingwood’s philosophy of history and his theory of re-enactment. I found myself wondering if a historian should be like an actor immersed in her role –including thoughts and feelings. What is the value of history for historical TV series then and how is Collingwood’s re-enactment associated with it?

First, let’s see what has been said about Teutoburg Forest and its battle. The forest is located in modern day Germany, but Barbarians and its events were filmed in Hungary.1 The Battle of the Teutoburg Forest is one of the most renowned battles of ancient history. There exists archeological evidence that the battle was really fought in the forest of Teutoburg and Germanic tribes had built a series of low turf walls and ramparts from sand there.2 But why was it made into TV series now? Perhaps the reason might be found in the victory of the Germanic tribes and how the prestige of that victory has been (ab)used afterwards. For example, The New York Times wrote about the battle: “German nationalists, including the Nazis, have used the battle as an ideological rallying point - a supposed foundational moment for German civilization and proof of their superior pedigree and fighting skills.”3 So, the Battle of the Teutoburg Forest has been tied to modern ideological discussions. Therefore the creators of Barbarians have had a challenge in depicting the battle without giving in to too much ideological thoughts. Series writer Arne Nolting has said that he wanted to reclaim this moment in European history back from the far right.4 To whom history ultimately belongs then? The series depicts ancient events, but the symbols that we are not without their own ideological ballasts. For example, in the series we see the eagle, Aquila, which was a Roman war symbol, a symbol of power. It is important for the plot but also reminds us of another more recent kingdom.

With this in mind, consider for a moment Collingwood’s thoughts in An Autobiography (1927): “Military history, again, is not a description of weary marches in heat or cold, or the thrills and chills of battle or the long agony of wounded men. It is a description of plans and counter-plans: of thinking about strategy and thinking about tactics, and in the last resort of what the men in the ranks thought about the battle.”5 What to take from this? According to Collingwood, history arises from practical problems and the problems and actions associated with them, which consist of people’s thoughts. So how could we do a re-enactment of actors from the past in historical series? Perhaps it succeeds in part, but in in the end, a historical series also seeks to create art as well, and both history and art have their own rules. The historian Robert A. Rosenstone has said: “..filmmakers are not quite historians, but ”artist for whom history matters”.”6 I think that re-enactment is possible if the past event is formed of thoughts. According to Collingwood, to a historian events, or more precisely processes of events, are not mere events, for they are also processes of actions. Thus a historian must penetrate inner side of the events, which include the thought in the mind, the cause of the event.7 Collingwood has also said ”for history, the object to be discovered is not the mere event, but the thought expressed in it.”8 The Battle of the Teutoburg Forest is full of bloody struggle, of which we can never know exactly how some of the blade impacts happened, but we can re-think the thinking of warlords who have had to think through their war tactics and motives. A historical series probably cares more about being entertaining than truthful. It is more art than history and in art, like in entertainment, emotions are more important. For many history matters because history is source of inspiration and the past is an important part of us. But feelings are not everyone's property, while thoughts are on some level. I mean Collingwood has said that “there is a special kind of privacy about feelings, in contrast with what may be called the publicity of thoughts.”9 Also, according to Collingwood, “thoughts can corroborate or contradict each other, but feelings cannot”10 and he continues, “what we feel is certainly limited in its existence to the here and now in which we feel it.”11 For example, we really cannot re-experience what Arminius has felt, but we can possibly, based on the evidence, imagine what Arminius might have been thinking and through his thinking find out what he has experienced.

What should we think about a historical series? Vanessa Agnew in her essay, History’s affective turn: historical reenactment and its work in the present (2007), suggests some scholars use the term re-enactment for everything from living history in museums, photography, literature and television shows and so on, but I do not think that Collingwood meant so many things. Historians think more critically than TV-show creators, who have the freedom to make a coherent descriptions of the past, which are partly true and partly entertaining without much evidential backing. What they have in common is the use of the imagination, but not without differences. Historians want to find possible truth. Historians have their own rules, scientific rules, and like Rosenstone has said in his essay “as outsiders or theorists of historical film, we cannot prescribe a right and wrong way to tell the past.”12

Further, which of the characters in the story, and which of their stories, are real? In Barbarians perhaps the most interesting character is Arminius, who both connects and separates the Germanic tribes and the Romans. Arminius was a prince of the Cherusci tribe (one of the about 50 different Germanic tribes), whom the Romans have taken from the tribe’s chief. In reality, Arminius had been sent as a hostage to Rome after a battle in 8 BCE. He was to appease Rome and tell the Empire that the Cherusci were loyal. Historian Julian Humphrys has said that Arminius’s tribal name is unknown, but in the series his tribal name was Ari.13 Arminius got married to a noble woman of the tribe, Thusnelda, to show that the Germanic tribes can trust him. In real history, this marriage happened only after the Battle of the Teutoburg forest, when Arminius kidnapped her out of love.14

When historians re-think the thoughts of Arminius, it is in one way the same thought at the same time, but in another it isn’t. “The difference is one of context”15, says Collingwood. When Arminius thought of the thought he thought, it was a present thought, which included his feelings. To a historian, “it is a past thought living in the present, but … incapsulated into the present, not free” and without feelings.16 According to Collingwood, an incapsulated thought is “a thought which, thought perfectly alive, forms no part of the question-answer complex which constitutes what people call the ’real’ life, the superficial or obvious present, of the mind in question.”17 Historian Rik Peters has written that Collingwood’s “encapsulation theory thus secures the subjectivity of interpretation while keeping its objectivity intact.”18 Does objectivity remain in the historical series? Actors make art and it is mostly subjectivity. Actors seek to influence viewer’s thoughts and feelings. Thus in Barbarians the actor who plays Arminius is doing the work of an actor, empathizing with the role explained in the script. That script is like a historical narrative by the writer which includes feelings and coherent story. Actors make the script come alive, to be experienced here and now via television via our eyes and ears, in our thoughts and in our minds. Historians in turn make the past come alive, to be experienced and detectable here and now in our thoughts, in our minds.

Were the barbarians somehow less civilized than the Romans? For example, Barbarians and Romans have a different attitude to justice. To Romans it is Roman law, to Barbarians it is religion, gods, who give insight to idea who dies. In the series, Arminius brings out the difference between Germanic tribes and Romans, like when he explains the influence of the wise Greeks on the Roman civilization. He refers to the philosopher Philolaos and theories of stars and planets. Arminius also presents a new invention, the hourglass, to the tribes. Each of these details create a feeling that viewers are watching a picture of past and ancient Rome. There are also interestingly differing views relating to the mythos of wolves between Germanic tribes and Romans. According to the tribes, the wolf comes to swallow sun, moon and the whole world while for the Romans the wolf is more like the beginning of everything, with a female wolf that breastfed the founders of the city of Rome, Romulus and Remus. Thus the wolf symbolizing Rome appears as a beast to the tribes. Fascinating!

The languages spoken in the series are also worth mentioning. Germanic tribes are speaking modern German and Romans are speaking Latin, which creates feelings of authenticity and above all reminds us that the Battle of the Teutoburg Forest caused Rome to start giving up its northward expansion. Rome no longer wished to construct a unified Germania as part of its empire and the river Rhine became the border between Germanic and Latin culture.19 We get a foreshadowing for the next season from history. Perhaps Arminius will advance to other battles or perhaps, his family will kill him. What the future brings to us, we don’t know, but the past, like ourselves, we can try to understand - by the powers of our imagination and thoughts.

2 Humphrys 2020: HistoryExtra: What was the Roman Empire’s creates defeat? It might be Teutoburg Forest in AD 9

13 Humphrys 2020: HistoryExtra: What was the Roman Empire’s creates defeat? It might be Teutoburg Forest in AD 9.

14 Craig 2020, RadioTimes: Is Netflix’s Barbarians based on a true story?

19 Humphrys 2020: HistoryExtra: What was the Roman Empire’s creates defeat? It might be Teutoburg Forest in AD 9.

Peters, Rik (2018): Chapter 5. The Rhetoric of time and the time of rhetoric. s.81-102. Theories of history, History read across the humanities, Michael J Kelly and Arthur Rose, Bloomsbury academic.