“I received a peculiar email from Hayden White.”

This is the preface of the Spanish edition of Postnarrativist Philosophy of History (Filosofía posnarrativista de la historiografía, 2019), which has only been availabe in Spanish before. 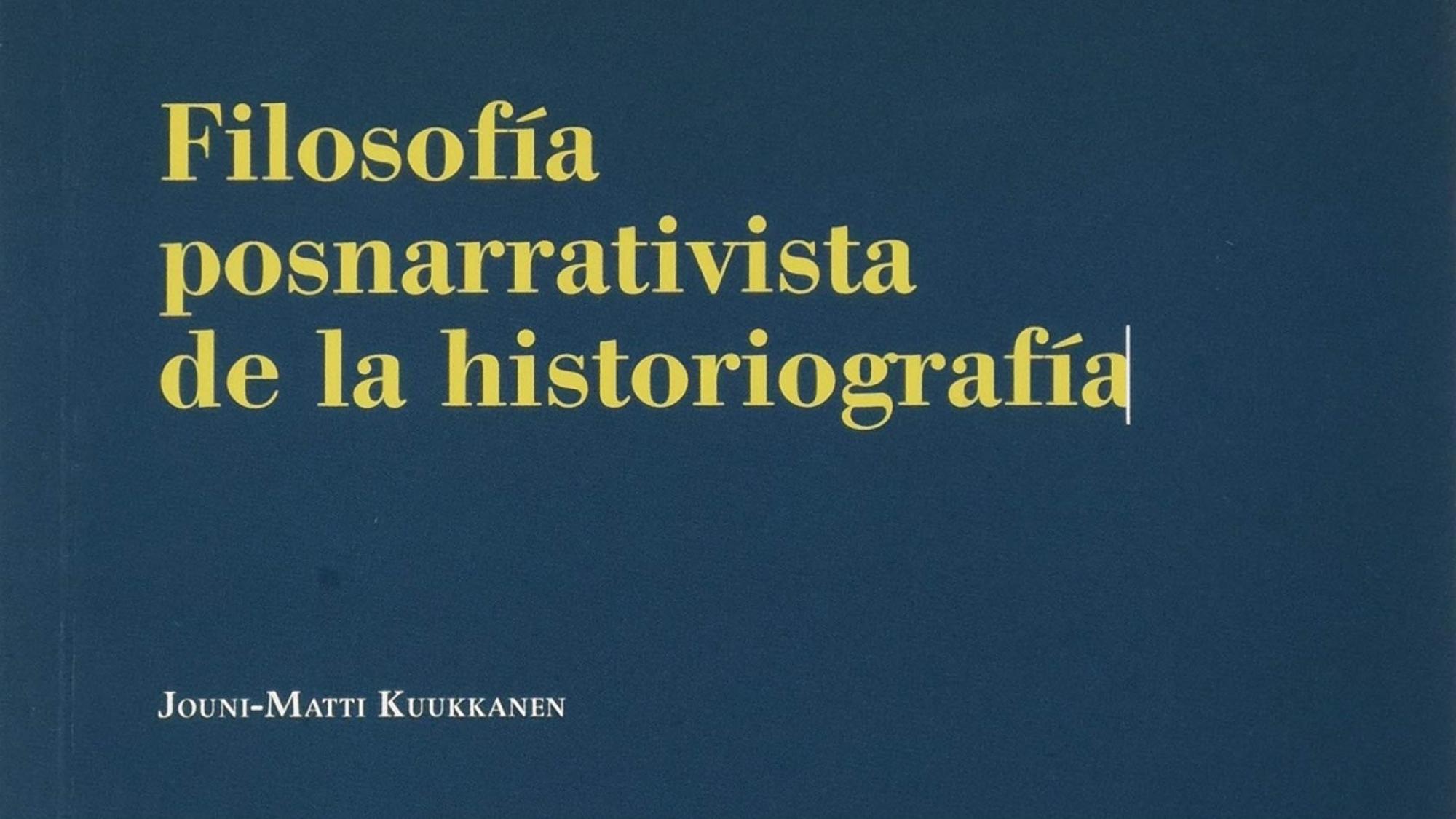 This is the preface of the Spanish edition of Postnarrativist Philosophy of History (Filosofía posnarrativista de la historiografía, 2019), which has only been availabe in Spanish before.

It is now four years since the publication of the English version of Postnarrativist Philosophy of Historiography (PPH). As the reader of this book hopefully realizes, the book was written from a specific perspective: while respecting the narrativist insight that history writing is somehow literary and that its texts amount to comprehensive views or proposal for how to view the past, this book maintains that historiography is still a rational practice to be evaluated by epistemic standards.

Now when the Spanish translation is published, it is a good time to ask, if anything significant has happened during these four years. The sincere answer must be ‘yes’. To my great delight, the book has been received well by scholars and colleagues in the community of philosophers and theoreticians of history. And I mean ‘well’ in the sense that the book has been discussed critically. Surprisingly many reviews, review essays and research articles engaging with ‘postnarrativist’ philosophy have appeared. Journal of the Philosophy of History (2017/1) organised also a forum debate of the book. Some have suggested that the approach of the book is in fact prenarrativist, and others that it is still essentially narrativist. Some have also taken the concept of postnarrativism on board and tried to apply or develop it further. These years brought me also in contact with both great main scholars of the narrativist tradition and the ‘objects’ of study in the book, that is, Frank Ankersmit and Hayden White. As a successor of Frank as Editor-in-Chief of Journal of the Philosophy of History our critical but intellectually productive dialogue continues on a regular basis to this day.

Unfortunately, I was not able to get to know Hayden White before his death, but he had had time to familiarize himself with postnarrativism up to a point, and it was clear that he did not like it. Hayden sent me an email via Frank calling the contributors to the forum debate in Journal of the Philosophy of History “your philosophers” (‘you’ being Frank, then Editor-in-Chief). Frank forwarded it to me with the following words: “I received a peculiar email from Hayden White. I know White since 1985 and we exchanged a whole lot of letters in the course of time. But he never sent me an email like this one. Few people are more relaxed about just anything than he; but it seems that he was really upset by the last issue of the JPH with the discussion of your book. At the end of his email he asked me to forward it to you, so below you can find out about his complaints for yourself.” What was the reason for Hayden’s dissatisfaction? It seems to me that there were two main reasons. He lamented what he saw “the symposiasts’ failure to survey the latest work on narratology.” The second reason appears to be his fear that postnarrativism is turning the clock backwards and is “recycling…the issues kicked off by Hempel-Nagel … originally back in the 40s-50s.”

Hayden was quite right that no contributor to the forum debate had intended to produce, neither produced, a study of the long narratological tradition. (The ‘latest’ referred back several decades to the authors like Auerbach, Greimas and Barthes among other). The focus in PPH is squarely on the main representatives of narrativist thinking in the philosophy of historiography since the 1970s, that is, Ankersmit and White, because ‘narratology’ is only one philosophical aspect, which the book is concerned with. By contrast, the idea that my book and its discussion would take us back to the themes of logical empiricism (“some version of the scientific explanation model”) is simply baffling. To arrive at this conclusion, one must paint links with different idea complexes with so broad strokes that the strokes must go out of the canvas altogether. So much has happened in the history of philosophy since Hempel and Nagel that it would indeed be very odd to return to them for reasons other than historical curiosity. The problems of Hempel’s covering law model regarding its applicability to any field of science are very well known. Naturally, the notion of explanation is not inherently tied with those two philosophers, and the debate on explanation is very different now in contemporary philosophy. In any case, I am not much concerned with explanation in PPH. It is indicative that the term ‘explanation’ appears only thirty-one times in the main text body of 201 pages and most of the mentions, twenty-two, are in the historical overview in Chapter 2.

The attention that Postnarrativist Philosophy of Historiography has received is a sign, not that I have got it necessarily right in this book, but that it was written at the right time. It seems to me that there is some kind of intellectual curiosity in the air in that scholars are looking for new things to say about historiography and are searching for new directions in philosophy of history and historiography. Also Hayden, as a reflective thinker, recognised the need for reformulation. In the second and last email to me he stated that “I regard my own work on historical narrative as of its time, as now being out of date and if I were working on it now, I would do it differently”. He called for more analysis of narrative in literature.

I had hoped to have written already now a new book on philosophy of historiography, because I strongly feel that there are important issues to say and that it is crucial to continue the approach taken in PPH. Brian Fay in his review of PPH has got closest to expressing, what this direction will be, the framework of which is already outlined in PPH. While regretting that PPH does not rely on the pragmatist tradition yet more clearly and that it “lacks full faith in its pragmatist heart”, he notes the change of perspective to historiography suggested in the book. Rather than using the representationalist vocabulary of the metaphors of ‘picturing,’ ‘mirroring,’ ‘copying,’ ‘photographing,’ ‘reflecting’ and trying to figure out what historiography portrays, we should be interested in the activities that the historians undertake when constructing their accounts. As Fay puts is, “more apt metaphors become those of moving a piece in a chess game, or discovering a solution to a puzzle, or diagnosing an illness or arguing in a court of law—metaphors for moves in an ongoing, rule-governed practice that embodies certain basic ethical and ontological assumptions” (Fay 2017, 14).

I am very excited that Postnarrativist Philosophy of Historiography is available for Spanish readers and published in one of the great languages of the globe. It has not evaded me that the philosophy of history and historiography are doing very well in both Spain and Latin America. I would like to thank the translator Virginia Tabuenca, who has done an enormous and a great job in producing this translation. Let me also warmly thank Professor Miquel Àngel Marín Gelabert for kick starting this publication project and Professor Ignacio Peiró and Professor Carlos Forcadell for their generous support for it.