Is all this a miracle?

I was stuck, and Hayden White helped me to get started. I opened Metahistory at random, and found on page 151 the historian Jules Michelet’s romantic conception of the miraculous French Revolution. The Ancien 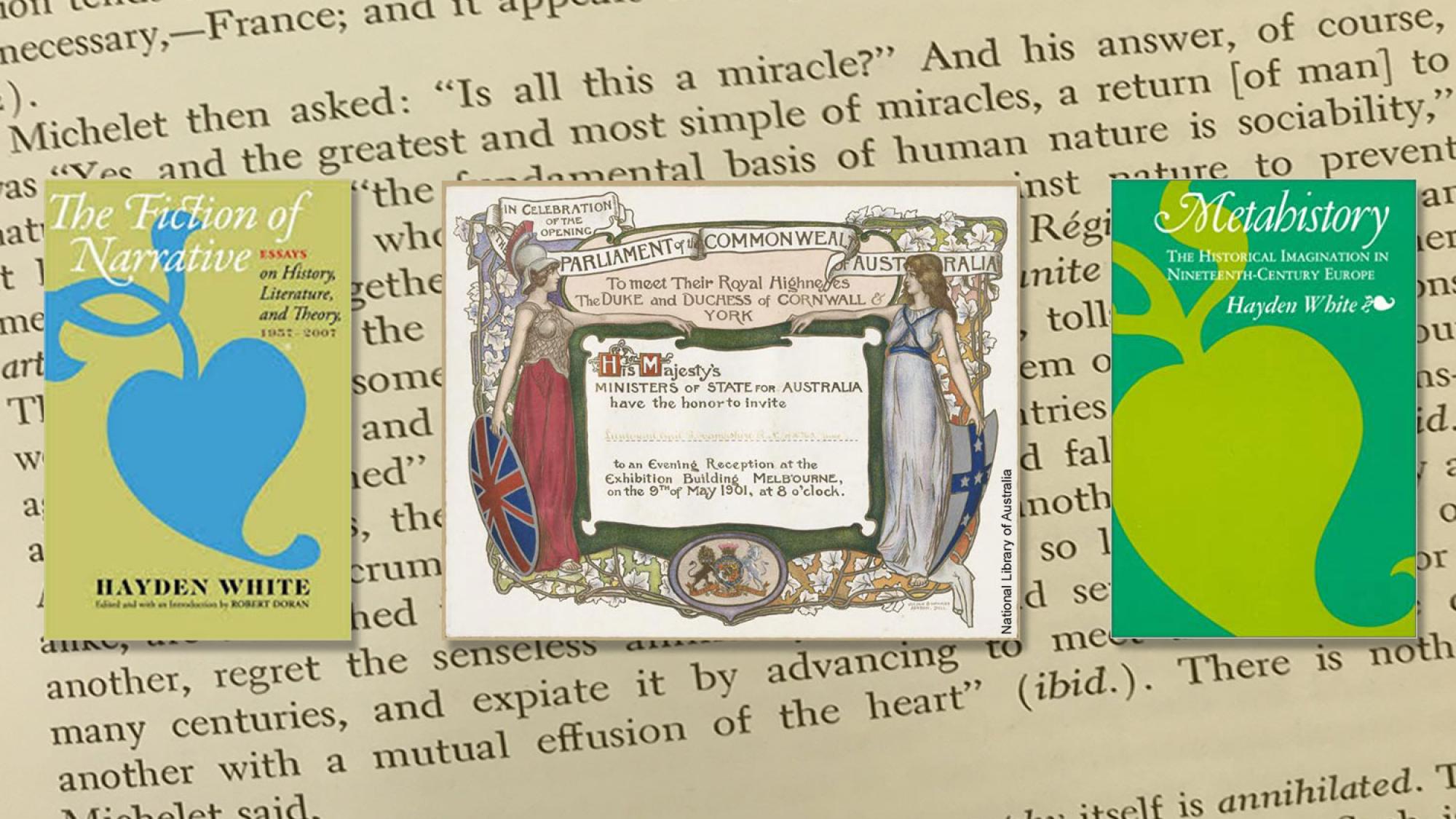 Is all this a miracle?

I was stuck, and Hayden White helped me to get started. I opened Metahistory at random, and found on page 151 the historian Jules Michelet’s romantic conception of the miraculous French Revolution. The Ancien Regime had finally succumbed to the ‘natural’ force of men and women uniting in the new nation of republican France, ‘transfigured in the glory of July’.

And then, as White observed in his seminal 1973 study of the nineteenth century historical imagination, Michelet ‘switched to a voice which was at once his own and that of the people who believed in the Revolution on that day’, and wrote as ‘worshippers of the future’, liberated from ‘the disfigured and perverted past’, building a ‘universal church’ from the Vosges to the Cevennes, from the Alps to the Pyrenees. ‘No conventional symbol! All nature, all mind, all truth!’

In a wide range of books and essays over a long career, Professor Hayden White was a distinguished critic of historical practice who explored how histories are ‘emplotted’, creatively conceived by their authors. White’s subject in Metahistory was what he described as the ‘figurative constructions’ of the great nineteenth century historians.

White also described how the historian ‘…must first prefigure’ the chosen historical field, that is ‘…constitute it as an object of mental perception.’ My chosen field was the historical actors who narrated the Australian nation in the early twentieth century. And there, in my selection of a field of enquiry, I began to both reflect and creatively adapt White’s figurations.

The Australians may have lacked the drama of the French Revolution, but their language betrayed their romantic conception of the new nation. Their emplotment relied on a deep investment in history, justifying a break with the past in order to create a future of progress in the newly inaugurated Australian Commonwealth.

The federation of the colonies in 1901 was described by one of its principal architects, the politician Alfred Deakin, as ‘secured by a series of miracles’. The process of defining the Commonwealth’s powers at conferences and conventions was protracted. The endorsement of the new Constitution by referenda in the various colonies was only narrowly resolved in the affirmative.

That the miracle occurred relied, as White would have acknowledged, on the invention of history that validated the creation of the nation. In ‘What Is a Historical System?’, published in The Fiction of Narrative, White argued that humans have to historicise because they need the past to validate change, to structure ‘their movement into the future’. As a vital element of this historicization, ‘they choose a set of ideal ancestors that they treat as genetic progenitors.’

The Annotated Constitution of the Australian Commonwealth was a richly detailed commentary published in 1901. Its exposition of constitutional law was fundamentally historicized, describing the Constitution as a document with roots that penetrated ‘deep into the past’; ‘there is hardly a phrase in it without a history’. That history was the product of British tradition. The Annotated Constitution commenced with a detailed history of an ideal ancestry of bold empire builders, and colonisers creating nations.

Pioneering ancestors had nurtured a skill for adaptation that could be dramatically realised in Australia. Innovative social reforms—the provision of fair wages, a national age pension scheme, universal suffrage—represented Australia ‘leading the world’ as a ‘social laboratory’. In a 1906 speech, Alfred Deakin, by then the Prime Minister of the Commonwealth, championed the spirit of Australian exceptionalism: ‘A leading man of the other side of the world, writing to me, says that ... Australia has taken a step in legislation that all the world must follow.’

A largely overlooked dimension of Hayden White’s work is its inspirations for exploring the motives of historical actors. White’s analysis showed how Jules Michelet naturalized the French Revolution; it helped me to focus on Australians creating their nation at the beginning of the twentieth century as a natural development, poetically constructed in language.

No less did a striking observation, as White introduced the themes of Metahistory, suggest how the idea of historicized progress profoundly influenced Australians in the early twentieth century: '...it is possible to view historical consciousness as a specifically Western prejudice by which the presumed superiority of modern, industrial society can be retroactively substantiated.' Almost any narrative or poetic construction could be turned to serve the purpose of validating progress.

My recent research has focused on how Australians responded to the fin de siècle, and the extraordinary variety of ways they deployed the term in public discourse. On 1 January 1901 a Sydney Daily Telegraph editorial observed that the fin de siècle had signalled not the terminus of a century, but a beginning of new time. ‘Ten years ago to be fin de siècle implied to be clever, to be commercially useful or generally improving…to be rather more than modern. That implication has been richly earned by marvellous development.’ The Daily Telegraph’s time description was encoded with the value system that the editorial championed: time itself, as defined as the fin de siècle, was figuratively enlisted to justify modern, national progress.

In a blog published on the Centre for Philosophical Studies of History website in May 2018, Professor Jorma Kalela observed that the death of Hayden White in March focused attention on how White’s intentions as a critic of historical theory and practice ‘were ignored by the critics within the [historical] profession.’ White, Professor Kalela argued, ‘was not approached “on his own terms”, as the fundamental ethical principle demands.’

Hayden White offers historians many miracles of inspiration. Approaching his work with an open, critical mind is sufficient to honour his terms.