The Role of History in the Age of Post-truth

A narrative style is the most suitable form of expression for sharing historical knowledge and that much has been evident since the very inception of this venerable discipline. However, is the story or narrative really the most valuable product of 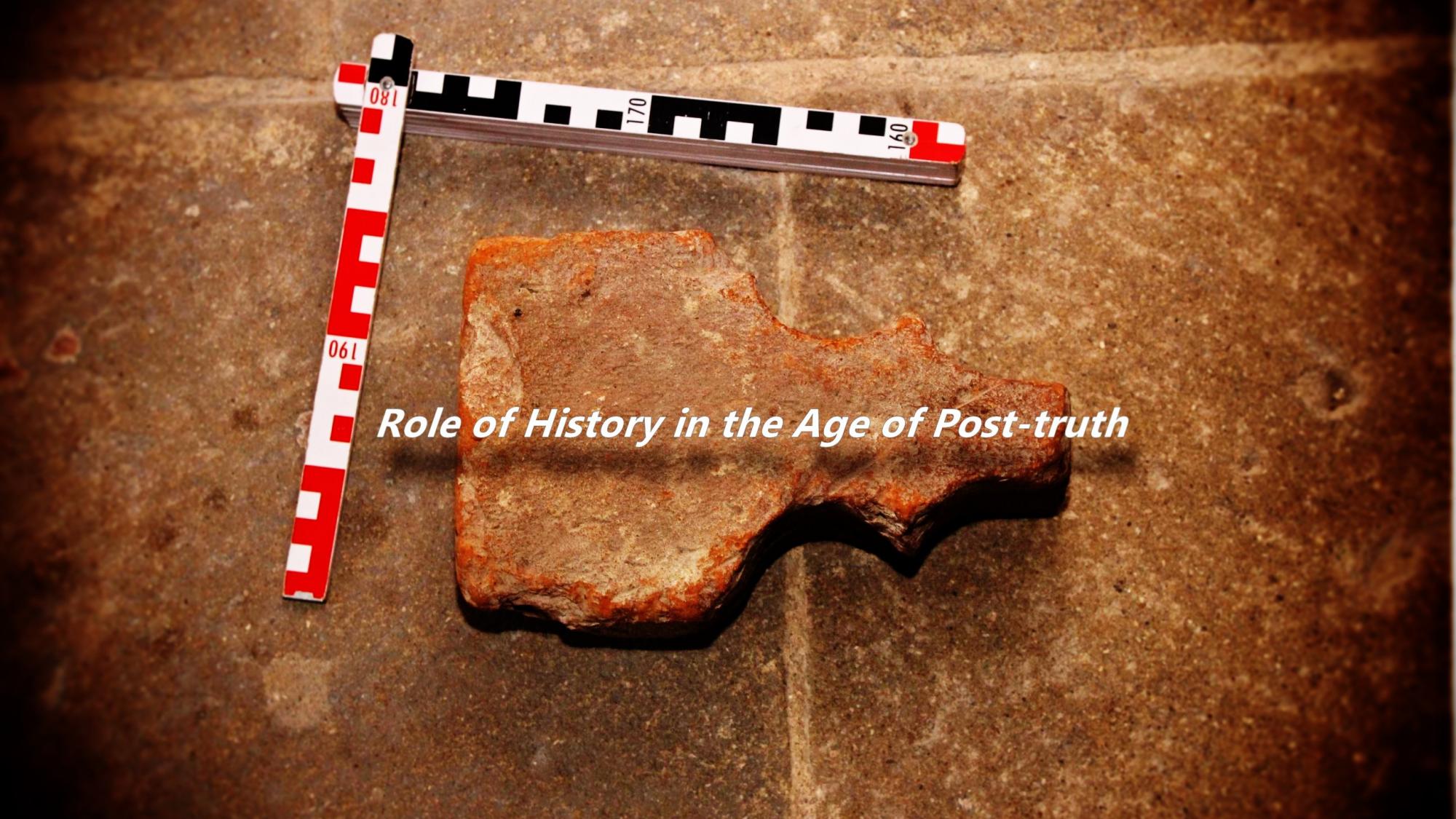 A narrative style is the most suitable form of expression for sharing historical knowledge and that much has been evident since the very inception of this venerable discipline. However, is the story or narrative really the most valuable product of historians? The very fact that history is being taught at almost all instances of primary and secondary education in the form of ready-made tales about nations, countries, ideas, or great ancestors seems to imply so. On the other hand, a criticism of this common practice comes from many different places. We should not be surprised that ever-pedantic philosophers in the company of professional historians are prodding this issue, nor should we find worrying that there are history teachers seeking novel and better approaches to passing historical knowledge to pupils diverging from this custom. What is slightly more concerning is the fact, that even national intelligence agencies like BIS ( “Bezpečnostní Informační Služba České Republiky” - The Security Information Service of the Czech Republic) criticise the reliance on old and outdated narratives of national history (influenced by an Soviet-era approach to modern history and pan-Slavic ideology) as potential security risks in their recent annual report (p. 7). The risk assesment is accompanied by an ominous quotation from George Orwell: “He who controls the past controls the future. He who controls the present controls the past.” This “audacious” remark of the intelligence agency and their attempt to “rewrite history books” caused quite a stir in the Czech media and the highest levels of the Czech political scene. In this short reflection, I would like to examine some philosophical considerations underlying this controversy.

Narrativist philosophers of history, including Hayden White, argued quite plainly that history cannot be written without an underlying ideological structure and that even the idea of “history devoid of any ideology” is ideological per se. For White, this aspect of historical writing runs much deeper than the simple “situatedness” of an historian in certain space and time. Ideology, according to White, shows that the historian is interested in the present and the future. Narrativists hold that it is genuinely impossible to write history without subscribing to certain values and ideas. These preferred values guide the choice of subject and are then encoded into the narrative by historian, or by any other producer of the final historical model, be it a picture, a movie, a game, or a full-scale reconstruction. According to narrativist philosophers, it is the act of creating the final account that is essential to history as a discipline.

Historians are often confronted with contradictory texts of ranging style, structure, and assumed credibility. They do not “scissors-and-paste” (an unforgivable sin for an historian according to Collingwood!) and they do not simply copy narratives. Even though the historical text has narrative properties (e.g. Herodotus’ Histories), we can comprehend it as evidence and, in that case, a critical eye of an historian may try to uncover something else entirely. There are many theories concerning this supposed true goal of history: real past, intentions of past agents, thoughts, explanations, understanding, ideas, etc. Alternatively, historian may just try to fit the evidence in question into the wider intersubjective model of the historical past as advocated by Goldstein. The crux of the matter is that the historian tries to abstract the narrative (with its ideological implications and value judgement) from the narrative text when approached as an evidence (we can, of course, aim to write a history of narratives-concerning-certain-subjects, but even then, contemporary historians strive to identify ideological backgrounds of various pieces of evidence that influenced its portrayal of the subject).

To these ends, professional historians developed their own critical methodology prescribing how to process information, how to identify and isolate biases, how to distinguish between intentional misinformation or the lack of certain knowledge. The success of these methods is varied, but I daresay it should remind us of something else. We are currently witnessing the emergence of new philosophical and historical category – post-truth. The changes in the tone of political debates, appeals to emotion, fake news, intentional disinformation, biased media, attacks on democratic principles, and information warfare – those are the dangers identified by scientists, politicians, philosophers as well as intelligence agencies. One commonly proposed solution is clear – appeal to critical thinking and education.

When we try to compare two news reports portraying “the same” event written by two politically opposing newspapers, we are very often in a strikingly similar situation to an historian confronted with contradictory historical sources. Alas, I cannot say whether we can uncover the truth behind two conflicting newspaper articles, but I do believe that the historian’s methods can help us to cope with this dilemma. When people are taught history as a straightforward story, they can react emotionally to any challenges to the accepted narrative. Facing revisionist history, they can seek to reinforce precious aspects of older narrative or, on the contrary, they can seek various competing narratives opposing “the lies” established by the “treacherous government” or “treasonous intellectuals”. Teaching history as a story has its undeniable merits and it is a mostly acceptable view, however, it is scarcely a full picture. We may hold to our hope that historians give us progressively more accurate depictions of the real past, but their true progress is in their methods and in their ability to recognise and utilise ever-widening range of artefacts, texts, testimonies, or other empirical data and in creating bigger, more comprehensive, and more colourful image of human history.

On the one hand, it is not attainable or even desirable to teach children and young adults everything about historical methodology, but on the other hand, it has been argued for many years that further inclusion of direct interaction with evidence and source criticism makes history lessons more interesting and rewarding. To quote a paper stating similar idea many years before the contemporary crisis of post-truth era:

“A basic requirement of democratic citizenship, for example, is experience in analysing and interpreting information—and this is precisely what historical investigations provide. Citizens must also work together to reach conclusions based on incomplete and conflicting information, and this too is an inescapable element of historical inquiry.” (Barton et al. 2003)

Additionally, there is also a strong insistence on teaching history “in context”. However, it is not clear if historical context is yet another theoretical construction based on preceding critical activities. Teaching history as an inquiry can show how we choose context according to our explanatory needs.

Should we weaken the idea that history is essentially and exclusively narrative and textual? We might even appreciate more non-textual outputs of historical research like spatial models, open-air museums, etc. which could be used more in the education process. Students and pupils can familiarise themselves closer with the process of historical inquiry, its limits, and a critical approach to sources. I do not wish to argue against Hayden White that history can exist without an ideology, but I do wish to highlight the fact that historians are constantly seeking methods how to identify and isolate such implications and exactly those methods represent the very important contribution of history to our daily lives. History is deeply intertwined with critical thinking which is becoming more and more required in the era of post-truth and we are sorely missing this unique opportunity to pass it on. Its true impact on general awareness and immunity to fake news and other kinds of manipulative practices may be debatable, but the same holds even for the insistence on teaching how to recognise argumentative fallacies or cognitive biases.

The Centre for Research in Medieval Society and Culture (VIVARIUM)