The polar regions are in a continuous change. The change has been, and needs to be, monitored continuously and the collected information should be stored and used sustainably. This enables the understanding of the consequences of the changing polar region 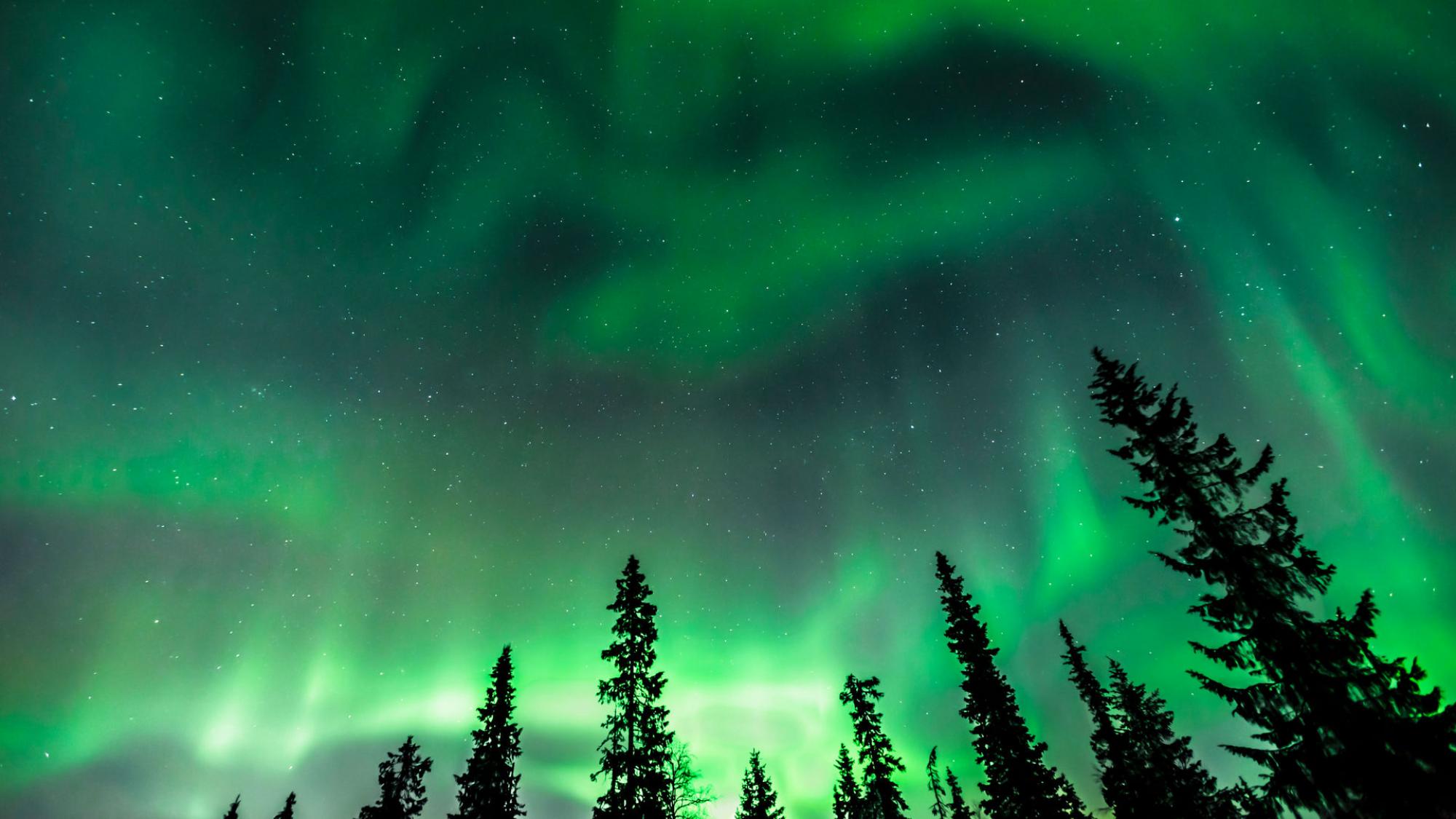 The polar regions are in a continuous change. The change has been, and needs to be, monitored continuously and the collected information should be stored and used sustainably. This enables the understanding of the consequences of the changing polar region and mitigation of the effects.

The polar region changes in many timescales, from hours and years to decades and centuries. Daily and annual variability is visible for example in varying day length and seasonal patterns, while observing the longer-term change over decades and centuries requires scientific methods and suitable forefront devices. In geo-environment, the changes in the polar region are seen as a movement of geomagnetic poles, varying atmospheric conditions and the 11-year pattern of the magnetic activity of our closest star, the Sun.

Our home planet Earth is part of the stormy planetary system powered by the Sun. The heat from the Sun enables life on the Earth, but also disturbs the infrastructure and our everyday life. Luckily, the Sun is a reasonably stable star, and thus the life on the Earth is possible. We should not forget, however, that the Sun ejects continuously small and large disturbances, which needs to be monitored to secure the daily functions of the society.

The Arctic nature is said to undergo eight seasons. The eight seasons illustrate eight different states of the nature and can be seen for example in changing weather conditions or celestial event visibility.

Winter is a good time to observe different phases of the planets and the rotation of the Earth. Early and late spring are good for moon observations, and midsummer will bring nightless nights and green flashes of the Sun, if you are lucky and at the right place. Late summer is good for solar observations, and Milky way is best visible during early fall nights. Dark nights in late fall will make the northern lights visible in the polar region, and during geomagnetically disturbed times also at central and southern Finland.

Understanding all these changes requires continuous observations, not only in the past and today, but also tomorrow and in the next century. When talking on the magnetic climate changes and related patters, at least three solar cycles of observatory-quality data is needed, corresponding roughly to three decades of data. A century of measurements is the minimum to give a hint on the trend of the long-term magnetic environment change. Taken that the observations in early 1900’s are comparable to the observations in early 2000’s. Making them comparable is another time- and resourse-consuming task and requires top-tier knowledge on the data homogenization and calibration routines, in addition to the precise observations.

Observatories are the places to make observations, store the critical information and create understanding of the consequences of the changing Arctic. Observatory-quality data enables top-tier science and services to the society.

Observatory provides a long-term memory to the society on geo-hazards and space safety.

One way of summarizing the eight seasons by the Sodankylä Geophysical Observatory is to divide them as the start of a new academic year and academic planning in early and late fall, start of a new northern light season and scientific work in the two winter seasons, data analysis and software design in spring and field-work campaigns and international mobility in early and late summer.

Finland is one of the world’s coldest countries, being nearly entirely within the auroral zone, so an extremely intense solar storm period during a cold spell would generate one of the strongest cold weather related effects in the world due to the lack of heating and energy supply. A recently finished Regional Risk assessment states that ”space hazard effects vary from the small-scale regional changes to the large-scale national and international catastrophes”.

Arctic universities have their own special role in the research of the biosphere-atmosphere-space connections. Their location under the auroral oval, in the green zone around the magnetic poles, gives us a unique view to the Arctic nature. This brings responsibility to monitor, examine, measure, inform, educate, share knowledge and improve our situational awareness capabilities. This is where we need good coordination and solid dialogue between the universities, research institutes and all actors locating in the green zone of the Arctic.

The blog post is part of a series of blogs relating to multidisciplinary Arctic research at the University of Oulu. The next writer is doctoral researcher Vinay Shekar from the Water, Energy and Environmental Engineering Research Unit.

Researchers are the stars of the University. They are pushing the boundaries of the known every day. Science with Arctic Attitude blog gives a voice to those who know. In this blog top researchers from the University of Oulu describe their work in an understandable way, each with their own style. They share their big insights, small frustrations, and vice versa. Enjoy, challenge, and ask!
Follow #arcticattitude

Catalytic materials from inorganic side streams via alkali activation

Are you at Risk? – Predisposing factors for diseases

Stakeholders and their contribution in the future sustainable value chains