The efforts and rewards of working abroad

Wanderlust drove us to live and work abroad – after many years of stillness. Much younger, we had both had our fair share of extensive foreign exposure as an expat, an exchange student, a trainee, a volunteer worker, and an au pair. Jumping into the unknown was not new to us, neither were tight budgets and the necessity to adapt fast so that we would benefit at the maximum of a new adventure. What had changed though, were the ties to Oulu - work contracts since the early 2000’s, three young kids, a house and two cute pets. 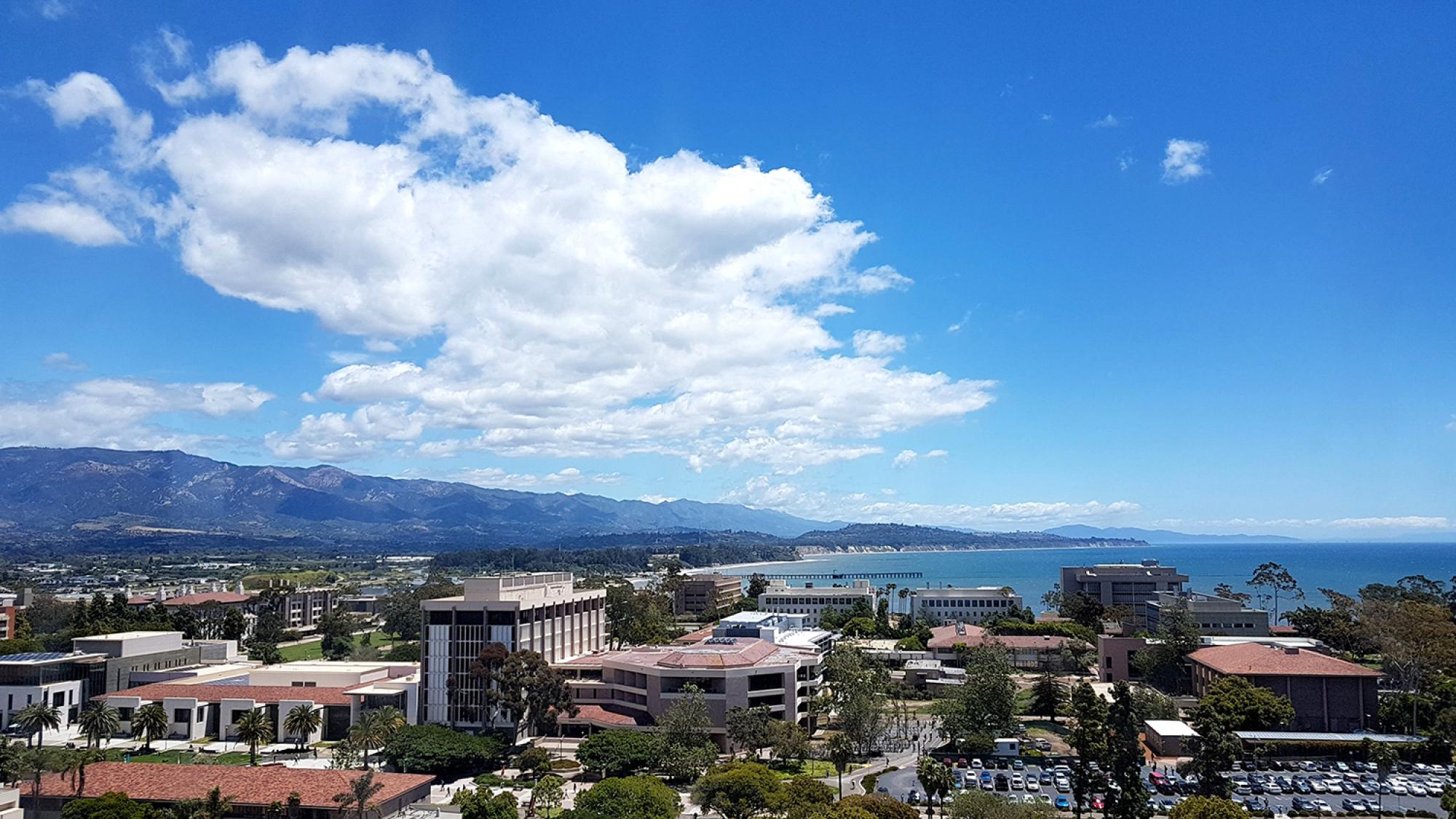 Self-realization and adventure was calling for us, though, there was no denying. Finding optimal timing with our own project-driven jobs, kids’ growth and schooling combined with open grant possibilities was a complex algorithm to solve, even for Antti. Financially, we could not rely on our salaries and savings as house rental and daycare alone would cost thousands of euros per month. Squeezing three boys to a small apartment was not an option if we were to have an invigorating one-year stay.

Facing the uncertainties of funding

Within the time-span of Antti’s Academy Research Fellow’s project “Distributed multidimensional signal processing in heterogeneous networks” (2014-2019) we chose to make two stays for a full academic year – one in Eurécom Institut, Sophia Antipolis, France and another at the University of California Santa Barbara, USA. Simply choosing is of course an understatement. There were numerous uncertainties and obstacles along the way, the largest being the funding. In 2015, with one-year-old twins, we had no daycare costs as Hanna stayed home, but at the same time, we were limited to only one full salary, only a 50% compensation of housing and a small daily allowance from the employer which were insufficient for paying all the mobility costs. Negotiations of compensation in salary took place but did not materialize at the end as an external grant solved the problem. In lack of additional funding, though, the extensive costs of becoming a sent employee with a family remains a major obstacle which must be resolved if the university wishes to truly encourage mobility and to ensure equity.

Integration in a French technology hub

So, thanks to a grant, our stay in France became a reality in autumn 2015. Moving to another postal code within Europe went relatively smoothly and we were absorbed in the local system without much coughing as EU citizens. The language barrier hit half of the family, but engaged school teachers, friendly landlords, and abundant social activities with both new colleagues and friends with children made us feel at home in no time at all. Biking uphill to work every day, Antti’s innovatiness was also blooming.

In Eurécom Institut, Antti could focus thoroughly on multiantenna communication solutions, which are soundly based on mathematical theories. The practical solutions he sought with fellow researchers, within the scope of his Academy Researcher's project, can radically improve the performance of telecommunications systems in 5G and beyond. His research interests with the host Prof. David Gesbert, Head of the Communications Systems Department, met especially in the areas of signal processing and information theory, where Prof. Gesbert is one of the world's leading scientists and holder of an ERC grant. Eurécom's location in one of Europe's key technology hubs was also a key factor for a productive collaboration environment. There are 1,300 telecommunications-focused expert organizations in the Provence-Alpes-Côte d’Azur region, employing 11,000 experts. The research visit resulted in several joint publications, widened European collaboration, new project proposals and life-long friendships with the colleagues and thus became a great investment also for future project opportunities.

Destination US and TeraHertz Communications

Already in the planning phase of Antti’s project, we had decided that the destination for the second stay had to be US, for so many reasons. Finding the optimal university and a host took quite some time. Antti already had several fruitful collaborations in place in the US - with the University of Texas at Austin and Northwestern University. Yet, it seemed like a great opportunity to expand the network and to focus on millimeter-wave based telecommunication solutions. University of California Santa Barbara (UCSB) leads the Center for Converged TeraHertz Communications and Sensing (ComSenTer) which seeks to develop wireless communications systems having unprecedented data capacity. Its research field and program mode offered interesting synergies with our 6G Flagship program and thus ComSenTer at UCSB appeared as an ideal possible collaborating organization.

Antti’s pitch worked and UCSB took us through the complicated entry process with patience and skill. Although UCSB offered magnificent support for the sabbatical, US was a much trickier case to solve than France and the planning had to start on completely different grounds. After we had agreed about the stay with the host, the time-consuming exploration begun. Where to live so that that the second-grader to be could go to a high-scoring school? Where to find daycare for the twins which would be safe and affordable but equipped with good facilities? Weeks of house hunting on websites for sabbatical leaves and house rentals, review reading, and exploration in Google Maps, among others, culminated in Antti’s brief visit onsite. But still the plan wasn’t complete. Renting our house in Oulu was not fixed and neither had we found temporary homes for our two cats. Somehow, the puzzle was solved, eventually, and we landed in Santa Barbara airport as planned in August 2018.

At the seaside campus of UCSB, Antti worked with Prof. Upamanyu Madhow, Head of the Wireless Communication and Sensornets Laboratory, who is similarly passionate about information theory and especially signal processing in the mm-wavelength range, where he is one of the world's leading scientists. Antti became fast integrated in the research group and focused his research on systems and applications operating strongly on millimeter-wave frequencies. And again he was biking to work, 16km both ways, which this time around was even more unusual in the local context. During the stay, Antti was able to increase the size of his research team, remotely, as he intensified cooperation with US partners, especially through two other research projects funded by the Academy of Finland.

For the trip to expensive California, it was also self-evident, that both of us wanted to make most of the self-realization opportunities to expand our professional experience. However, spouses of academic visitors could only apply for a work permit after arriving in the US. The permit took three months to process after which the job hunt could start. Working remotely to the University of Oulu during the autumn semester was great regardless of the 10-hour time difference. Yet, integration to the society was not happening sufficiently fast. Clearly talking with other moms when dropping kids to school and daycare was not enough. So, in early October, Hanna applied for the Journalism certificate program offered by the UC Santa Barbara Professional and Continuing Education, and graduated with a diploma the following June. Studying side by side with regular degree seeking students was truly inspiring as was the unexpected opportunity to experience the educational system from the inside at an age well beyond 20 something. Demands in each course were high, but so were the professional gains – learning how to write as an American journalist.

In parallel, a sudden job opening became an equivalent for winning in the lottery. In January 2019, Hanna started her leave of absence from the University of Oulu as she became ComSenTer Research Program Coordinator. For the next six months she focused on the management of the massive research program under the leadership of Mark Rodwell, esteemed Professor in the Electrical and Computer Engineering Department at UCSB and leader of a research group working to extend the operation of electronics to the highest feasible frequencies. What Hanna gained from UCSB would take pages to list. The daily discussions, joint efforts and great results achieved as a team turned into a unique asset and a specific mindset for years ahead, not to forget the understanding of the operations of a world-leading research program, and the long-lasting friendships with colleagues.

Working with world-leading scientists and integrating in expert teams is an extraordinary possibility to extend one’s own thinking and knowledge base. Problem solving in novel settings and discoveries on how to innovate with colleagues creates opportunities well beyond those available in our everyday working life.

We thank warmly Academy of Finland for the project funding, as well as, Walter Ahlström Foundation, Technology Industries of Finland Centennial Foundation and Nokia Foundation for the travel grants that enabled the two extremely valuable mobility periods for us as professionals and global citizens!

​
Antti Tölli is an Associate Professor with the Centre for Wireless Communications. In his research work, he specializes on multiantenna communications and related signal processing challenges.

Hanna Saarela works as Development Manager at the Centre for Wireless Communications and 6G Flagship Program at the University of Oulu. In her work, she focuses on multi-level development, analytics and communication and is e.g. editor for 6G Waves magazine.