My "dream job" in Dublin: how to learn more from your sleep data

I must admit that in January 2017, when I received an email from the European Commission telling me that my proposal for a Marie Skłodowska-Curie Actions (MSCA) Individual Fellowship had been awarded funding, there was a certain amount of incredulous panic mixed with my excitement. What had I got myself into? 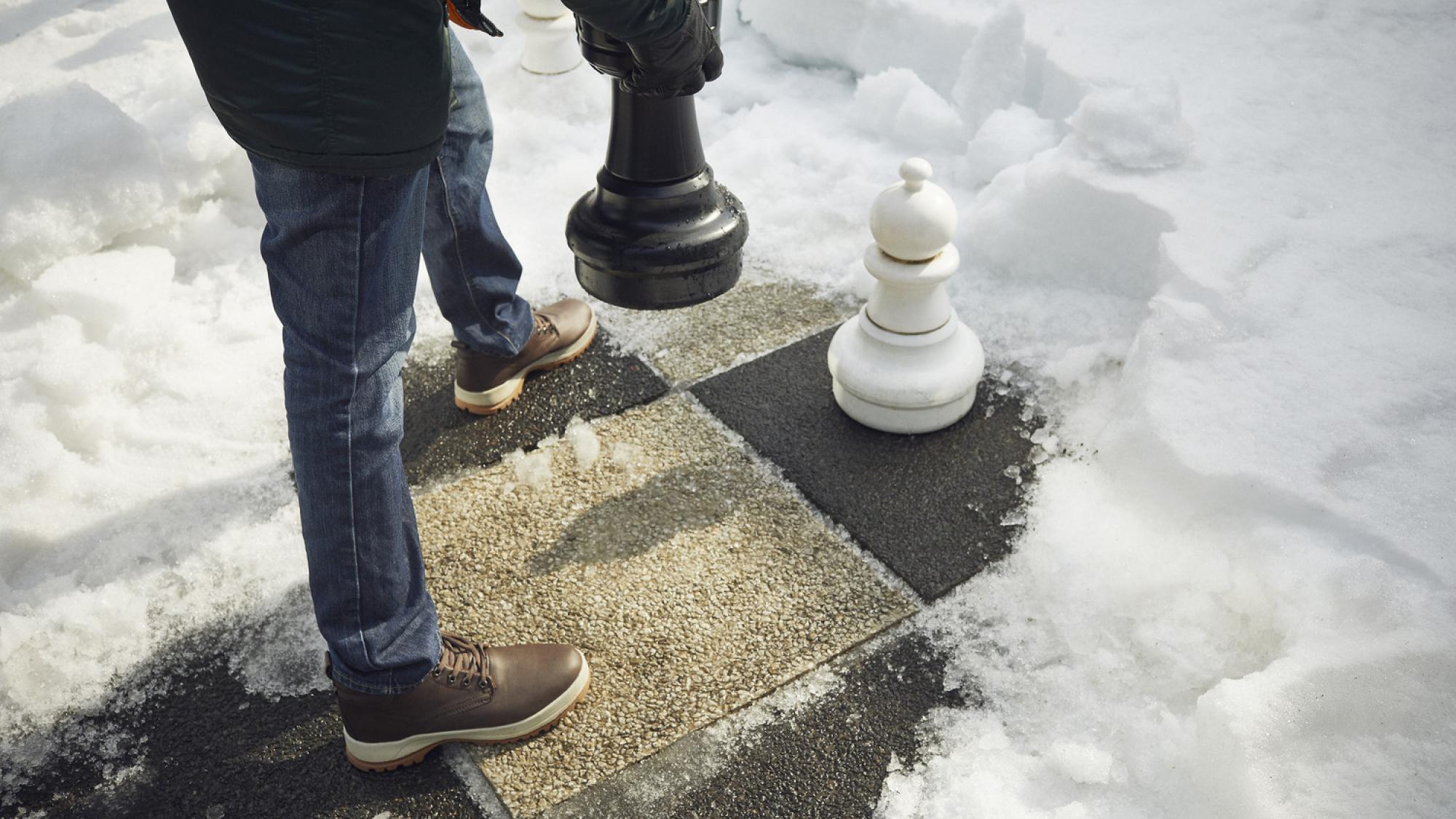 I’m not easily tempted to leave my comfort zone and I hate the uncertainty that inevitably comes with big changes, yet now I was about to leave a job I’d had for 15 years for a new one in another country. Was it too late to be having second thoughts? Could I still get out of this gracefully?

It’s now three years later almost to the day, and I’m very happy that I did resist the urge to chicken out. There were a few things that helped: I already knew the city I was going to, having visited it several times as a tourist, and I had also known my supervisor-to-be, Professor Alan Smeaton, since 2014, when he served as the external examiner in my doctoral thesis defence. Most importantly, this was not to be a permanent arrangement: I would go away for two years and come back home with some international work experience under my belt, ready to take on new challenges. And so it was that in February 2018 I started working as a Marie Curie Research Fellow at the Insight SFI Research Centre for Data Analytics, Dublin City University, Ireland.

Among the universities of Dublin, which include the venerable Elizabethan institution Trinity College as well as James Joyce’s alma mater University College Dublin, DCU (est. 1975) is very much the new kid on the block, and unashamedly so. Coming from another young university that doesn’t bow down needlessly to older institutions, I felt right at home. DCU and the University of Oulu are also roughly equal in terms of the number of students and the range of disciplines represented, and even the main campuses are situated approximately the same distance to the north of their respective city centres. The Insight Centre is likewise a new undertaking, established in 2013 and recently approved for a second funding term by Science Foundation Ireland.

When I arrived in Dublin, I was warned to expect a lot of difficulty finding a place to stay, and indeed the housing situation there was and continues to be dismal – it came as a minor shock to me that even for grown men and women with proper jobs it’s not unusual to live with flatmates or housemates. I was therefore relieved to find myself a serviceable studio apartment to rent after a couple of weeks of hunting, ludicrously expensive for its minuscule size but perfectly located between the university campus and the city centre. Just before I was due to move to the studio from my temporary lodgings, Ireland was hit by a snowstorm, sending the country to a state of chaos that, from a Finnish perspective, appeared hilariously disproportionate: I’d heard of the concept of a snow day, but is it genuinely necessary to virtually shut down the nation’s capital city because of ten centimetres of snow? Not that I minded the unexpected extra three days off!

My research at DCU had to do with collaborative analysis of personal data, a topic that grew organically from the combination of my research interests and those of my supervisor: I had contributed to the development of various data analysis tools, while he had previously worked on collaborative systems, and we both had worked with so-called lifelogging data collected using wearable sensor devices. Together we envisioned a tool that could be used by people with no special technical skills to extract useful knowledge from their personal data by collaborating with experts who do have the required data analysis skills and are willing to help. Using products designed to capture such data is growing in popularity, and a matchmaking service like this would make it possible for anyone to enjoy the full potential of their data.

To demonstrate this concept in practice, we decided to focus on collection and analysis of sleep data as a concrete application. Many wearable fitness trackers, even relatively inexpensive ones, are now capable of estimating things such as how long and how well the user has slept, and many also allow the data to be exported into a file for whatever purpose the user may have in mind. Over time, as the data builds up, it becomes a valuable resource that can reveal interesting facts about, for example, the regularity of the user’s sleeping habits. Given how important sleep is to our well-being, one would expect that a lot of people would be curious to learn more about theirs.

Much of the work we did involved figuring out what collaboration means in this context. Is it something like Google Docs or Office Online, only for data analytics code? As a matter of fact, there are tools already available that are pretty much this, but in order to make meaningful contributions to collaborations using such tools, you need to have knowledge of things like machine learning models and data preprocessing. Since the whole point of collaboration, from the non-expert data owner’s perspective, is to avoid having to understand such things, we needed to come up with a different approach that puts emphasis on things that the data owner can do without training.

In a nutshell, the process of collaborative data analysis has a beginning, a middle and an end. In the beginning, the collaborators agree on what they are going to do; in the middle, they do what they agreed to; and in the end, they look at the results to see if they do in fact tell what the data owner wanted to find out. Since the data owner is not likely to have much to do in the middle, a tool designed to support this kind of collaboration should, above all, help with the beginning and the end – the negotiation of the terms of the collaboration and the interpretation and evaluation of the results. This became the leading idea when we designed and implemented our own collaboration tool: it does not do much to support data analysis per se, but it does support discovery of and communication with collaborators as well as management, sharing and visualisation of data.

At the end of the project, the tool we developed is more a proof of concept than a finished product, and there are still many important research questions that we have barely even touched. For example, we could easily have spent the whole two years just trying to understand the negotiation part of the collaboration process, but to be able to implement a concrete piece of software that we could test, we ended up reducing this part to the task of defining privacy constraints that determine how much of the data owner’s data is shared with the expert. However, I can say with confidence that we made some real progress on a genuinely novel and significant idea, and we showed that the kind of collaboration we envisioned can work using the kind of software we created by running a trial with real users and real-world sleep data. The results could have been better, sure, but you can’t expect to change the world with your research in just two years, and besides, to paraphrase a (possibly apocryphal) quote from Edison: we’ve certainly discovered lots of ways that won’t work!

Although the project is over, the work is not, or so I hope anyway. In February I’m starting again at the University of Oulu, but my collaboration with DCU won’t stop there, since we’ll still have the final report to write, along with at least another paper or two if everything goes reasonably well. I’m told there are a couple of new projects awaiting to occupy me, but I’m hoping that I’ll be able to spare some of my time to building on the foundations laid during my MSCA fellowship. Ideally, I’ll soon manage to secure some funding that will again allow me to concentrate full-time on developing my own ideas into tangible things – something I hadn’t been able to do for quite a while before getting the fellowship – but the competition is as fierce as ever and the gods of research grants are notoriously fickle beings, so it’s always best to be braced for disappointment.

Another great thing about MSCA fellowships is that their explicit purpose is to advance the career of the fellow, and the host institution is expected to provide training that helps the fellow develop new skills. Since I had more than enough money in my expense budget, I made good use of the training courses available through the DCU Learning and Development Department, and I also took the opportunity to learn through experience by working with some technologies I wasn’t previously familiar with. The generous budget even allowed me to travel to Wellington, New Zealand for a conference (plus an amazing holiday on my own dollar), which was an experience I’m not likely to forget anytime soon. While on the subject of travel, the opportunity to explore Ireland with Dublin as my home base was another welcome bonus.

To anyone looking for postdoc opportunities and considering applying for an MSCA fellowship, I say: go for it! The fact that the fellowships come under the Horizon umbrella may conjure up images of huge application documents and daunting bureaucracy, but this is not the case at all – in fact, the only problem you’re likely to have with the length of the proposal is figuring out how to say everything you want to tell the reviewers about your project in just ten pages. There won’t be loads of deliverables and reports to submit either, so you can concentrate on the important things. To get you started, why not have a look through this tips and tricks post in my research blog?

Dr Lauri Tuovinen is a Postdoctoral Researcher in the Data Analysis and Inference (DataAI) research group, a part of the Biomimetics and Intelligent Systems research unit in the Faculty of Information Technology and Electrical Engineering. His research addresses technical and philosophical issues related to systems and processes that involve the application of artificial intelligence techniques. In 2018-2020 he spent 24 months as a Marie Curie Research Fellow (MSCA-IF grant no. 746837 KDD-CHASER) at Dublin City University in Ireland.