Rector Niinimäki wrote to President Kekkonen: "I would like to express my gratitude to you"

I am writing to you in summer 2019 when the University of Oulu enters its 60th year of operation. 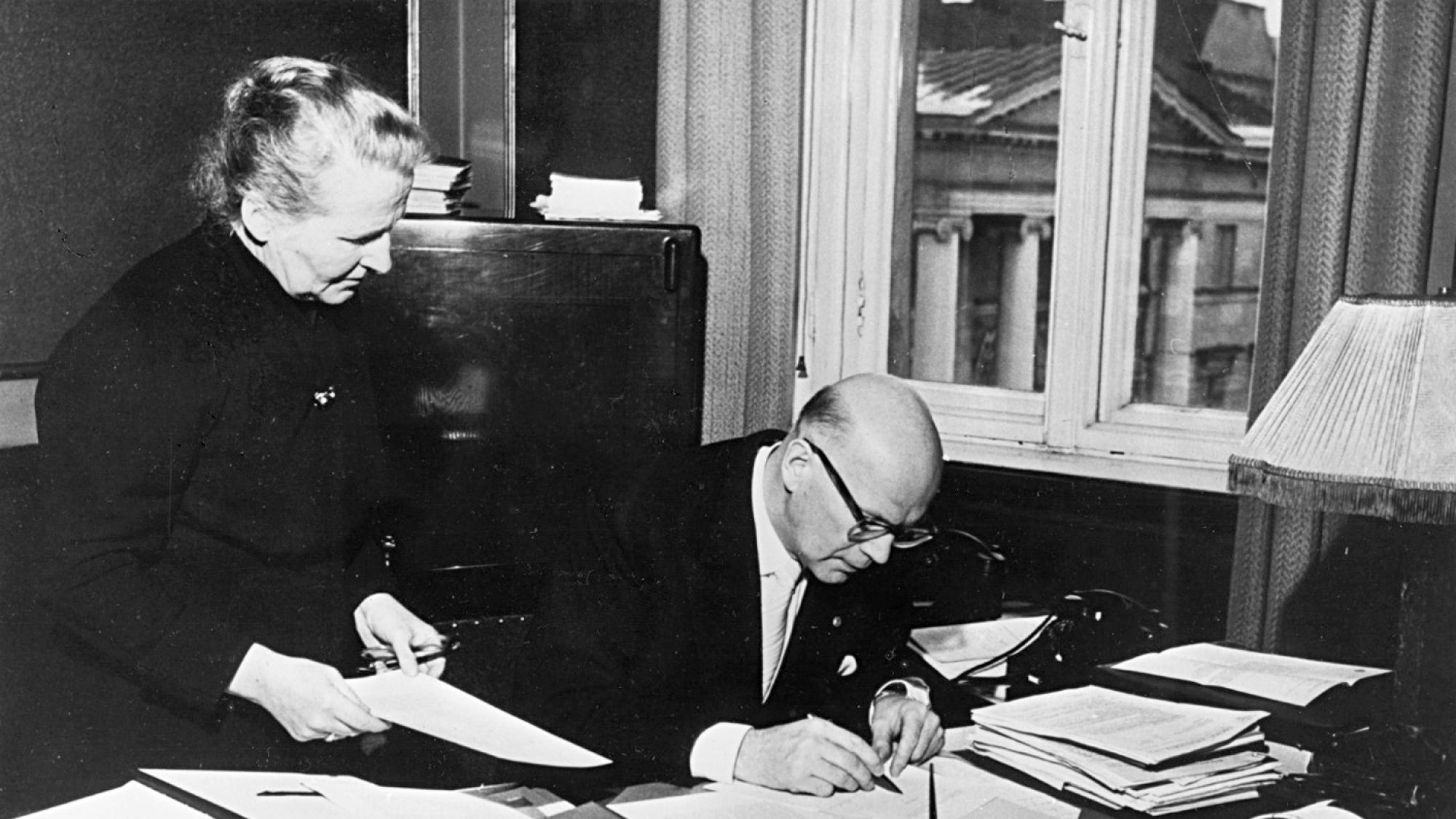 Minister of Education Kerttu Saalasti presents the law concerning the University of Oulu to President Kekkonen (1957).

Our main campuses in Linnanmaa and Kontinkangas are awakening to autumn. Starting from the 1970s, a significant hub of science and innovation has been built in Linnanmaa. You contributed to laying the foundation stone. Even then, you surely had a vision of what the area would later become. New buildings were added to the university until the early 2000s. At this unique inner campus, all kinds of actors meet under the same roof. At Kontinkangas, we work closely together with the Oulu University Hospital. 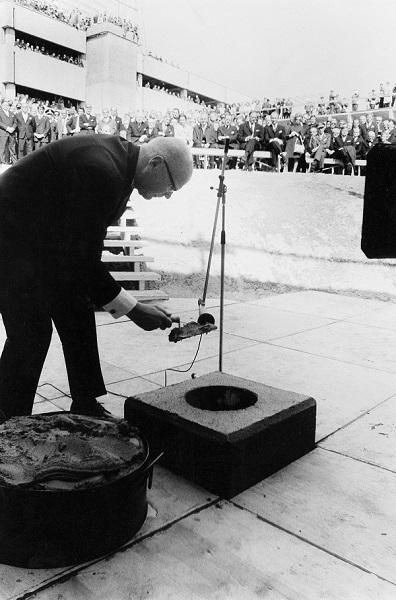 Oulu has grown into a city of 200,000 residents; currently, it is the fifth biggest city in Finland. We have come far from the days of founding the university when Oulu had approximately 50,000 residents. We live in the midst of various comforts and inventions. Nowadays, you can make a wireless phone call. In fact, this wireless communication technology has been a success story enabled by our university. The technology developed here in Oulu is used by nearly three billion people around the world every day.

Mr President, you are a friend of the north and a famous author of letters in your own right. With this letter, I would like to express my gratitude to you, thinking about the decision concerning the establishment of the University of Oulu made during your term of office. As early as in February 1947, you were one of the signatories of the parliamentary motion which proposed the foundation of a state university in northern Finland. As the Prime Minister in 1953, you were involved in making the decision on placing the temporary teacher education institute in Oulu. In a Council of State vote, Oulu beat Tampere 9 to 7 votes as the location for the new institute. In 1956, you gave a lecture on the topic of “Economic development of northern Finland” in the Oulu summer university. You were a background force and provided uncompromising support for Kerttu Saalasti, Minister of Education, who had to fight a tough battle to establish the University of Oulu afterwards.

Political power-play in the 1950s was ruthless. In the early 1900s, more than ten cities had striven to host a university or another institution of higher education. The capital city and older educational institutions put all their weight behind the opposition of the allocation of resources to such a northern location. Several government ministers actively hindered the project, interest groups wrote official letters and the press in southern Finland openly mocked the project. For example, a humorous article published by Suomen Kuvalehti magazine warned against establishing unviable small universities and voiced its concern about maintaining the level of science. Next to the article, a cartoon by Erkki Tanttu showed the bemused goddess Pallas Athene looking at a smoking torch of knowledge, with a caged owl in the background.

The fate of the University of Oulu also hung in the balance on account of political instability: an interpellation caused the government of Prime Minister V. J. Sukselainen to fall with a very narrow margin in October 1957. The prolonged government crisis and the caretaker government taking over accounted for the fact that the Minister of Education Saalasti was able to present the law concerning the University of Oulu to the President. Another critical situation emerged when the parliamentary deliberation was completed a week before the closing of Parliament and new elections.

In July 1958, you signed the law on the University of Oulu approved by the Parliament, and the first faculties of the university started operating the following year. This decision has even been described as the most significant regional policy decision in Finland. The past decades have brought an enormous amount of know-how, prosperity and success to northern Finland. It would be impossible to imagine northern Finland without the almost 60,000 professionals who have graduated from our university. We are the “university for half of Finland”. The emergence of the University of Oulu started the decentralisation of the entire university system; this is how the university network assumed its current form. 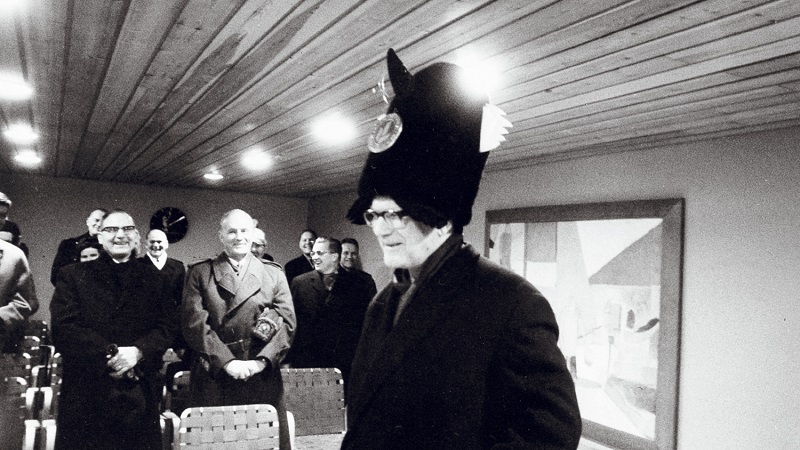 To highlight something great currently going on in Oulu, last year we took on the leadership of the 6G programme developing sixth-generation communications technology. This is our university’s most significant scientific investment, whose funding will rise to more than 10 billion Finnish markka over eight years, when measured in terms of monetary value in 1959. Early in the summer, I visited Silicon Valley in California, which is the world’s leading centre for developing and building technology systems. Even there, it is generally known that the University of Oulu leads the development of wireless communication technology of the new generation. Approximately a hundred alumni of the University of Oulu work in Silicon Valley.

We started our journey as a university heavily focused on technology. This has not changed, but we have gradually, yet significantly expanded our offering in other subjects. Our humanities research has recently been a resounding success, and we already have one of the best faculties of humanities in Finland. Not to forget medicine, biosciences, natural sciences, education and business and economics.

Dear Mr President, our key task is to educate young people who are thirsty for knowledge and, according to the Universities Act, “raise students to serve the fatherland and humanity”. In this spirit, we will also celebrate our anniversary with the theme for the next generation. You could even say from the past generations, for the next generation. I cordially thank you for your visionary thinking and the work you did to promote science, learning and education.

Rector of the University of Oulu

In Science Letters blog series, the researchers at the University of Oulu write letters to great scientists of the past or prominent figures of history. The letters commemorate the 60th anniversary of the University of Oulu and discuss important themes that are part of our world now and tomorrow. The opening letter is from rector Jouko Niinimäki.

Jouko Niinimäki has worked as the Rector of the University of Oulu since 2015.