You might not know what a “smombie” is, but you have certainly already met one today. In public streets and places, the so-called “smartphone zombies” regularly cross our ways. They walk slowly, in peculiar ways, their eyes and fingers focused on their smartphone displays. 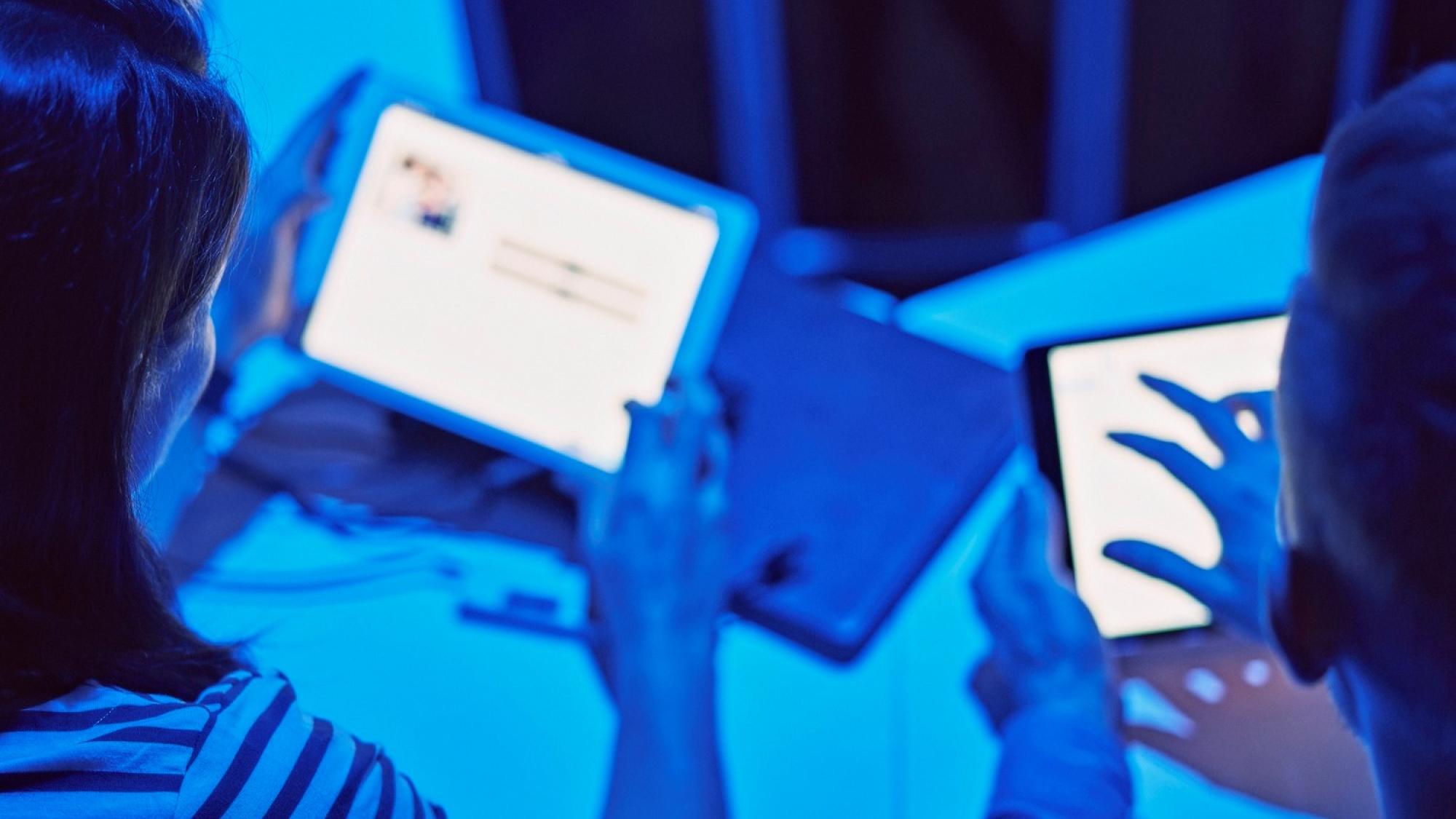 While some cities have already introduced specific walking lanes or ground-level traffic signs for smartphone users “on the go”, it is not only road safety that is at stake. Frequently hunching over our phones causes cervical pain, we are addicted to likes on social media, and the fear of missing out prevents us from switching off our phones. If asked if mobile device use is possibly harmful to our bodies and minds, most people would spontaneously agree. Our social skills seem to constantly diminish since smartphones have become an everyday tool: we stick to them like glue while waiting for the bus, while walking, while eating, even while being with others. Will we turn into social zombies in the end?

Sociological and anthropological research has shown how “new” media and communication technologies are systematically received by moral panics that emphasize possible negative consequences for our social and intellectual skills. But once new media and technological appliances are gradually integrated in our lives, their presence and use become more familiar and progressively invisible. These processes of “domestication” have been described for now ordinary objects such as wrist-watches or fridges and media such as books, the radio or the television. So, while public discourses repeatedly adopt a culturally pessimistic point of view regarding smartphone use, we have already appropriated them; they are now part and parcel of our everyday practices.

As a linguist, I obviously cannot say much about road safety, cervical pain or addictive behaviour. However, having worked for more than ten years with video recordings of different non-experimental communication settings, it is striking to observe the massive appearance of smartphones in everyday situations. In older recordings, people are occasionally making a call or answering a text message with their cell phone. Within a decade, this has radically changed – participants are now regularly checking their smartphones, referring to content from the phone, talking about the latest app, or taking pictures. However, one can also observe that this does not seem to cause any major trouble in the overall social encounter. So how do we routinely manage to communicate with and around our mobile devices in face-to-face settings?

While surveys or interviews can tell us something about how people subjectively perceive and assess smartphone use, research on conversational micro-practices requires another type of empirical data. Social conduct can be studied by immersive fieldwork and observation; however, the fleeting character of natural social conduct is best preserved for in-depth study when recorded. Contrary to experimental situations in which participants are asked to accomplish a specific task, video recordings of different everyday situations can illustrate when and how people spontaneously use their smartphones in face-to-face encounters. Previous research interested in mobile device use in everyday conversations has shown that we systematically account for using our smartphone when being with others – and that we do not hesitate to remind our interlocutors of how they should (not) use them. This proves that we are still actively shaping and implementing specific social rules with respect to our mobile device use.

The Eudaimonia emerging project “Smart Communication” pursues this line of research; it investigates how mobile devices are spontaneously used in different communication settings (such as the one depicted on the project’s website). With the participants’ consent, we are collecting video recordings of a variety of ordinary encounters (e.g. small groups of friends or family members meeting at a café or at home). This allows for the detailed study of social conduct: how is the smartphone use interwoven with conversational topics and activities, how do the participants alternate their visual attention between the display and their interlocutors, or how do they introduce a mobile device in the conversation, for example when showing a picture or a video? Our first analyses show that participants actively introduce smartphones as relevant social objects in the encounter. This happens both through verbal (e.g. announcements, excuses, descriptions) and non-verbal actions (e.g. bending towards the other and/or the device, changing the orientation of the display or pointing at it). Of course, smartphones are also used individually – however, participants precisely time their solo use with the ongoing conversation, doing so typically when a spate of talk has reached its end.

Does the digital age divide exist?

Video recordings of everyday face-to-face encounters illustrate that participants are very sensitive to adequate moments for and ways of using their smartphones. In a next step, the “Smart Communication” project will tackle yet another question: could the skills relating to social mobile device use be connected with the participants’ age? As smartphones are still a relatively young communication technology, people have been initiated to their use at different moments of their lives. Does this chronological difference in the process of “digital socialization” have an impact on how we use, understand, and share our smartphones with others? For this reason, the project’s on-going and future data collection focuses on both younger and elderly adults. By comparing similar social encounters in both age groups, we will look for similar and different social practices and possible variations in their frequency. At the crossing of sociology and linguistics, this research project aims at contributing to a deeper understanding of real-life socio-technological skills. It will emphasize how human beings successfully integrate new technologies into their social lives – and that we are far away from turning into social zombies.

Florence Oloff is an Assistant Professor in “Multimodal Interaction and Discourse” at the Research Unit of Languages and Literature of the University of Oulu. With a background in general linguistics, she investigates spoken language, social interaction and, within the Smart Communication project, technology use in everyday life.