Millions of people live in rather challenging environmental and cold climatic conditions in the northern regions. Concerning the construction sector, the changing cold climate presents various challenges. Design of low-carbon buildings that are visually appealing and healthy as well as energy- and cost-efficient is not straightforward even though progress has been made in the development of building codes and standards over the last decades. 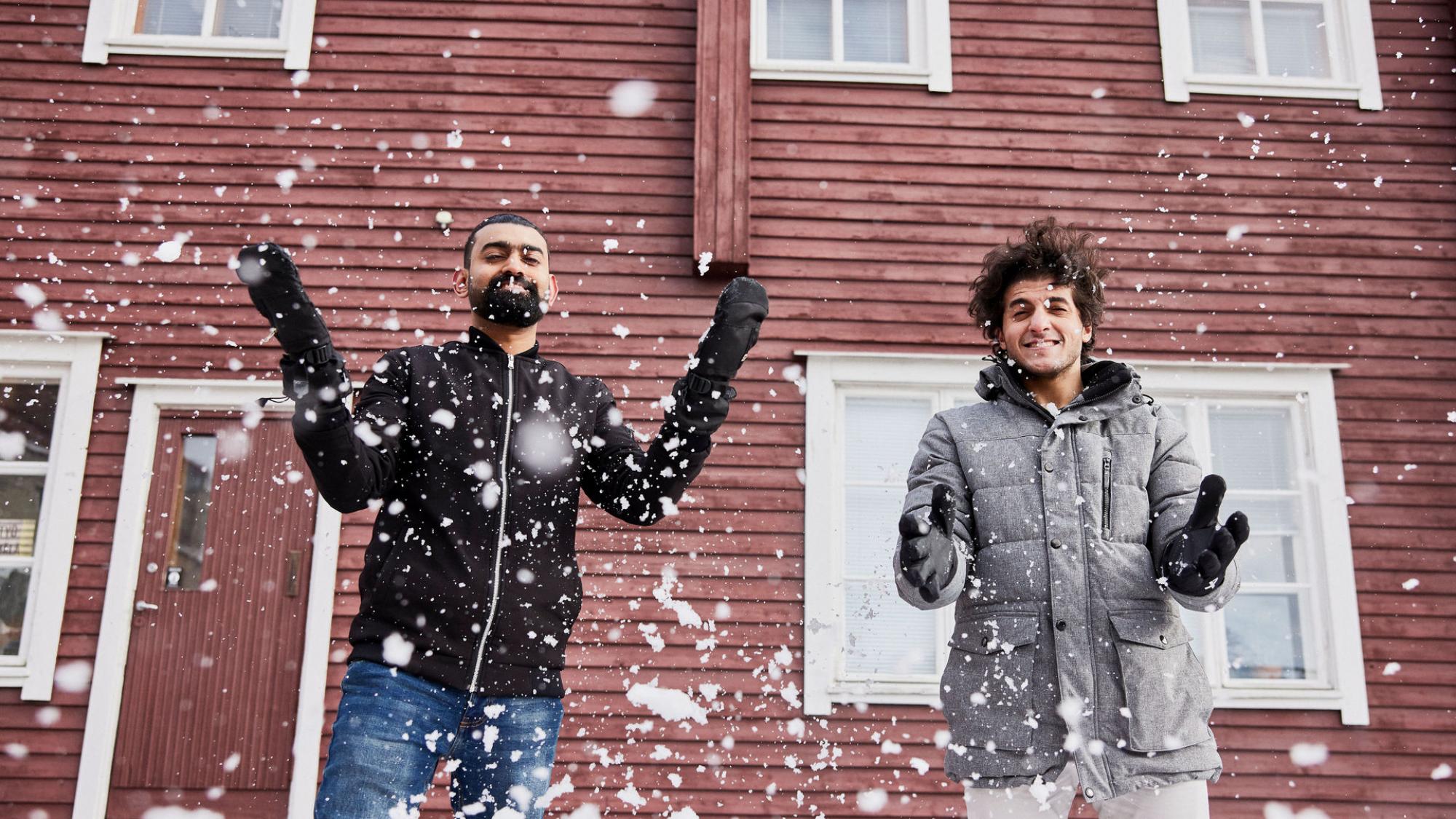 Like arctic region, the concept of northern region is loosely defined in different countries based on geographic and cultural characteristics. For example, according to Statistics Finland, Northern Finland includes the regions of North Ostrobothnia, Kainuu and Lapland. A recent study by senior research fellow Andrey V. Smirnov from the Komi Science Center assesses nicely the population dynamics of the world’s northern areas. The study reveals that the world’s arctic population was increased from around 1.3 million to 6.1 million during the 20th century but has now declined to 5.4 million (2019). In other words, the current arctic population roughly corresponds the total population of the country of Finland, or the city of Saint Petersburg, and about 0.07 percent of the world’s population. On the other hand, the arctic territories occupy about 13.2 million square kilometers which is almost nine percent of the earth’s land area.

Three macro regions are considered in the study by Smirnov: Russian, West European, and North American. The Russian population in the north increased rapidly up to 3.5 million under the Soviet Union. It has now decreased to 2.5 million but still represents the largest share among the macro regions. The populations of the West European and North American regions of the arctic have kept growing slowly but steadily and these areas accommodate now approximately two and one million inhabitants, respectively. As might be expected, the arctic population density is highest in the Nordic countries.

The four largest cities in the north are Arkhangelsk and Murmansk in Russia, Anchorage in USA, and Oulu in Finland which together include one third of the total northern population. It should be noted that the average annual temperature remains above 0 °C in the largest cities but there are several cities in Russia where the mean temperature is well below the freezing point. For example, the city of Norilsk in Russia’s Krasnoyarsk region has a population comparable to that of Oulu, but the yearly average temperature is around -10 °C.

At present, there is considerable political and scientific interest in the northern regions. There are at least two fundamental reasons for this. First, the arctic regions are expected to be extremely sensitive to climate change which can lead to significant environmental and social changes. On the other hand, the region is very rich of natural resources like minerals, coniferous forest, and natural gas which are at least partially the building blocks for the envisioned carbon-neutral world.

Sustainable extraction and refinement of raw materials is a great opportunity for the arctic region. Lessons can be learned from the mistakes made in the previous century and the scientific community can also help to assess and develop technology for industry and built environment that is good for the environment and northern living comfort.

Towards sustainable construction via international cooperation

In the project, two pilot buildings have been constructed in the Botanical Garden of Petrozavodsk State University and in the Murmansk State Technological University campus, respectively. The pilot sites utilize modern wood construction technologies as well as advanced HVAC technology. It is of particular interest to compare the performance of different construction technologies in the harsh conditions of Murmansk and near Petrozavodsk. The buildings are approximately 70 square-meter in area, half of which have been built with standard frame construction technology and half with so called double-log technology. The studied double-log structure resembles conventional log structure in appearance, but the space between the two wall elements is filled with insulation. Timber frame construction is very popular in North America and Scandinavia, whereas it seems that in Russia log houses are preferred.

The pilot sites are equipped with monitoring systems consisting of total of 250 temperature and humidity sensors. Measurement data is collected from them concerning, for example, the energy efficiency, thermal and moisture properties. Various thermal insulation materials are studied: linen insulation, eco and mineral wool as well as other insulations made from biobased materials, such as chips and sawdust. The sensors are placed on the frame of the building, on the inside and outside of the walls, on the roof and on the floor. Sensors can also be found inside each insulator and special attention has been paid to the corners of the building where thermal bridges are formed.

The efficiency of the construction techniques is now being assessed. Some results have already been obtained during last winter and the measurement data will be validated during the complete winter season 2021-22. The data is also used for verification and validation of numerical simulation technology that can be utilized by architects and structural engineers for designing sustainable and healthy buildings in cold conditions.

The blog post is part of a series of blogs relating to multidisciplinary Arctic research at the University of Oulu. The next writer is Associate Professor (Tenure Track) Anu Eskelinen from the Ecology and Genetics Research Unit.