Conferment Ceremony is the most prestigious of academic festivities. The ceremony follows traditions of which many are hundreds of years old. 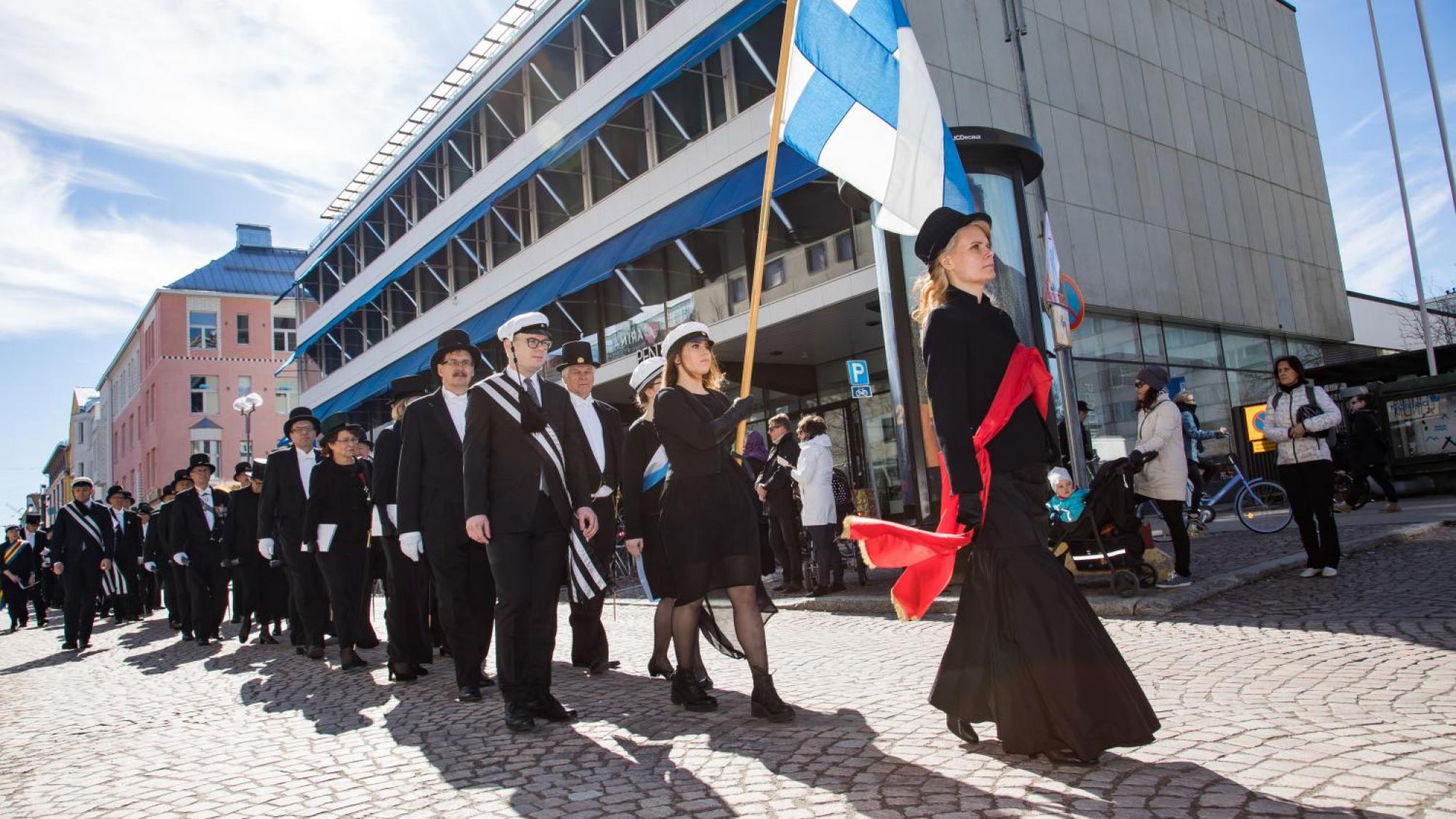 You can familiarize yourself with the Conferment Ceremony tradition and its vocabulary below.

The roots of the conferment ritual – the actual granting of a University qualification or honorary degree either at a graduation ceremony or in absentia – go back to medieval Europe in the 13th century.

Each faculty has chosen one of the senior professors to act as the Conferrer of Degrees.

Those individuals awarded doctorates are called young doctors or promovendi. The word comes from Latin and, depending on how it is inflected, it means different things.

Promovendi who have been chosen by their faculties to participate in the organizing of the conferment. They answer the questions posed by the promovendi about hats and swords and organize an informal sailing trip on the day after the conferment.

Doctoris honoris causa. The university honors some distinguished scientists or influential members of society with the award of an Honorary Doctorate. This is the highest honor that the university can bestow to a person.

The first young doctor whose degree is conferred in the ceremony. Primus – or Prima – is chosen according to his/her excellent merits in the field of research. He or she will answer the question posed by the professor of his or her subject, and will thereby prove the scholarship of the promovendi he or she represents.

The second young doctor who receives special attention during the ceremonies. Ultimus – or ultima – is according to his/her outstanding merits in the field of research. After the conferment act, the ultimus or ultima makes a speech to the invited guests.

The Sword-Whetting takes place on the eve of the conferment ceremony. Honorary doctors and doctors whet their swords with the assistance of their escort or a herald. Whetting is performed with a grindstone damped with champagne.

The Conferment Dinner and Ball:

During the evening, after the act of conferment, a degree ceremony dinner with speeches and music is arranged. After the dinner there is a Ball with old dances. After the Ball the guests gather together to admire and address a speech to the rising sun.

On the day after the conferment, an informal sailing trip or picnic is arranged for the Doctors.

At the University of Oulu, the conferment officials are the Master of Ceremonies and the Chief Herald.

Chief Herald trains and supervises the student heralds from all the faculties working in the Degree Ceremony together with the Master of Ceremonies.

Students or university employees who assist the Master of Ceremonies and the Chief Herald during the ceremonies.

The Conferment Book or the Register (Matrikkeli):

The conferment book includes short CVs of the doctors and honorary doctors.

Title
Effects of the Coronavirus Pandemic on Conferment Ceremony

Many traditions of the Finnish academic community today are deeply rooted in the history of the Academia Aboensis, the university founded in Turku in 1640 by the Swedish Queen Christina. As stated in its founding charter, the new Academia was to be modeled on the medieval Uppsala University. Via Uppsala, academic ceremonies conducted at Turku came to follow a spectacular tradition that had originated at Bologna and Paris in the 13th century. This tradition still flourishes in all its central features