Bringing together art and science

Artist Anni Rapinoja wants to protect nature. This is why she has chosen to create art from natural materials. It’s her personal form of environmental activism. 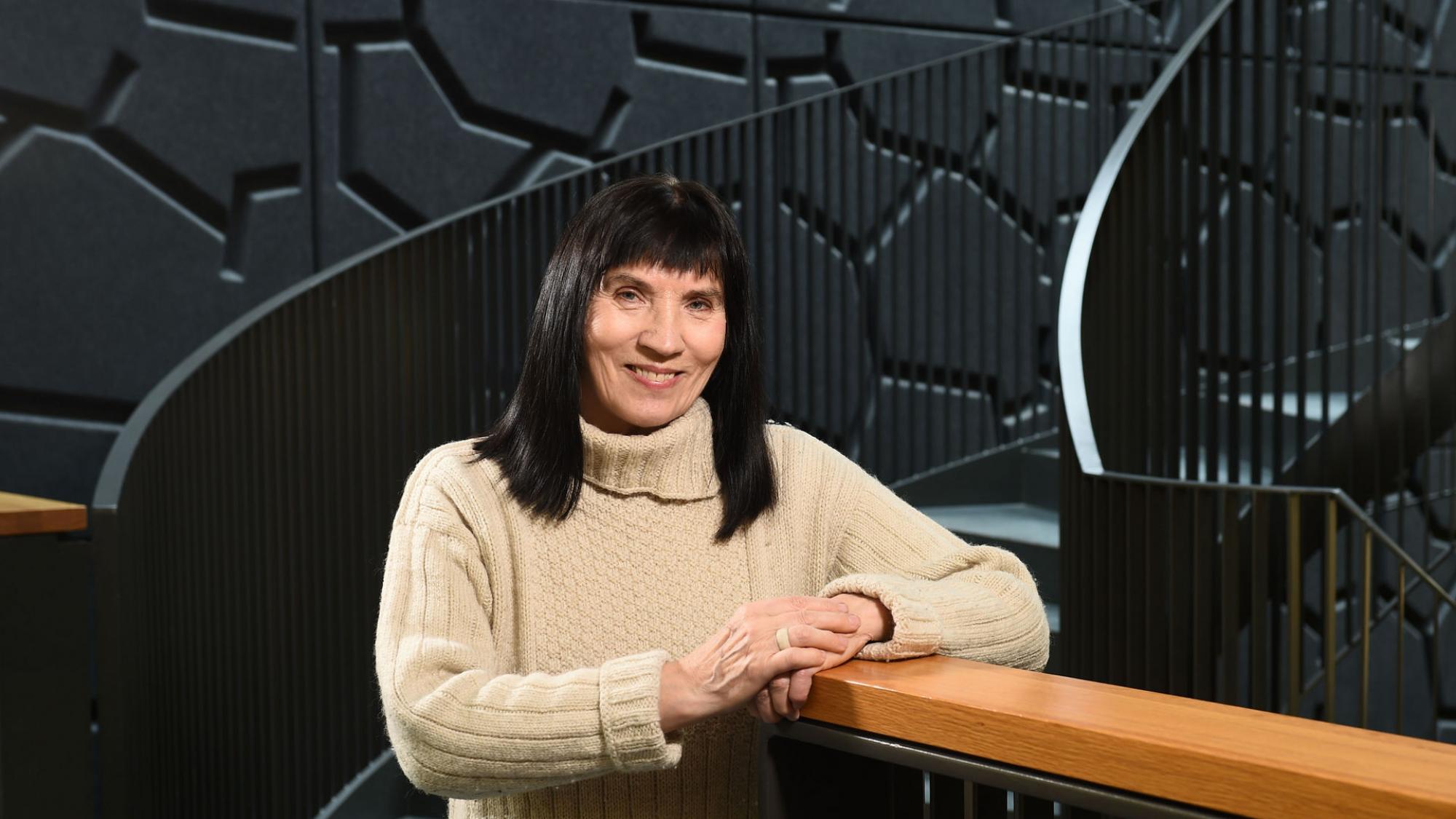 Artist Anni Rapinoja is delighted that there's once more room to walk about at her home in Hailuoto. Her two-year commission, titled Ruijanpolku, for the Sámi Museum and Nature Centre Siida in Inari has finally been completed and installed. Being made of natural materials, the artwork will continue its living long after the artist has let it out of her hands. For example, the colours of the piece will continue to change over the next 20 years of its display.

“That's why I call nature my colleague”, Rapinoja emphasises.

Rapinoja, who was named the University of Oulu Alumn of the Year, studied biology and geography at the university in the late 1960s. She was fascinated by the world of plants already as a child.

“I remember following my mother’s gardening with endless interest. She was a talented artist, and she used to take me to art camp on her bike.”

Rapinoja was interested in plants, and microscopes opened up the fascinating world of microbes to her. She was also interested in social issues, and for her Masters’ studies she moved on to planning geography. When she was low on money, she decorated her student accommodation with plants.

After graduation, Rapinoja was hired as a municipal planning secretary in Liminka.

“In Liminka, there was an art school nearby. I started to become interested in art in my free time. I wonder if it was just pure geographical coincidence or if I was meant to end up in Liminka”, Rapinoja jokes.

Making art together with nature

Art soon took over Rapinoja’s job as a planning secretary. The choice was not a difficult one. In addition to creating her own art, Rapinoja worked as an art teacher at an adult education centre in Oulu and a comprehensive school in Hailuoto.

“I got funding for some projects, but it wasn’t enough to get by. After I got my first bigger grant, I stopped teaching and focused entirely on my own art. I was already in my fifties by then.”

Rapinoja is an internationally distinguished artist whose trademark has long been her use of natural materials.

“In the early 1990s, I had my first piece made using natural materials as part of an exhibition. People kneeled down to take in the scents of the forest. It's stayed with me.”

Rapinoja made her first full exhibition based entirely on natural materials while she was spending six months in residence in Gothenburg. Since then, she has been making art together with nature.

“I’ve noticed that people lower their voices when they encounter art made from natural materials.”

A turning point for Rapinoja was noticing that, even though her pieces were never protected by any kind of casings, nothing was ever damaged.

“For me, it was a sign that others wanted to protect nature, too.”

Rapinoja believes that bringing nature into art galleries is a kind of environmental activism.

“This is my way of expressing the importance of nature.”

Six years ago, Rapinoja returned to the University of Oulu. Professor Seppo Vainio was running the Genes and Society project funded by the Finnish Cultural Foundation, and he invited Rapinoja to collaborate with the scientists to find out whether devices intended for scientific research could be used to create art.

“For example, we made videos that explored the beautiful internal structure of a pinecone. Over a period of two years, we created several art videos using scientific methods. We combined science and art.”

Rapinoja believes that her background in the sciences is reflected in her ability to find information, which she already learned during her studies. One of her least favourite aspects of her studies was learning the Latin names of plants by heart, but that too turned out to have its uses when she was creating her massive piece Äitimaan arkisto (‘Mother Earth's archives’). Her interest in geography is reflected, for example, in her collection of maps.

“Whenever I travel, I want to keep the map. I've accumulated quite a collection.”

That’s easy to believe, considering how much the artist has travelled internationally. She has held exhibitions in numerous different countries.

“From Europe, it's easier to list the countries that I haven't had an exhibition in”, Rapinoja laughs.

Rapinoja, now 73, has no intention to retire just yet, although she does have an artist’s pension and her official retirement age is long gone. The need to create is a way of life.

Hailuoto is a beloved place for Rapinoja, and she is less and less inclined to leave it for the bustle of the world.

“The nature in Hailuoto is very special.”

• Master of Arts in biology and geography 1974

• Honorary member of the Association of Finnish Sculptors

• Anni Rapinoja’s works have been displayed around the world, for example, in Greenland and on every continent of the world, including Antarctica.