Artist Anni Rapinoja is the University of Oulu's Alumn of the Year 2022. The nomination in based on Rapinoja's remarkable life's work, as for over 40 years she has built a connection between science and art through her nature and environmental art. The University of Oulu Association (Oulun Yliopistoseura) published the award at the University Gala on 11 November 2022. 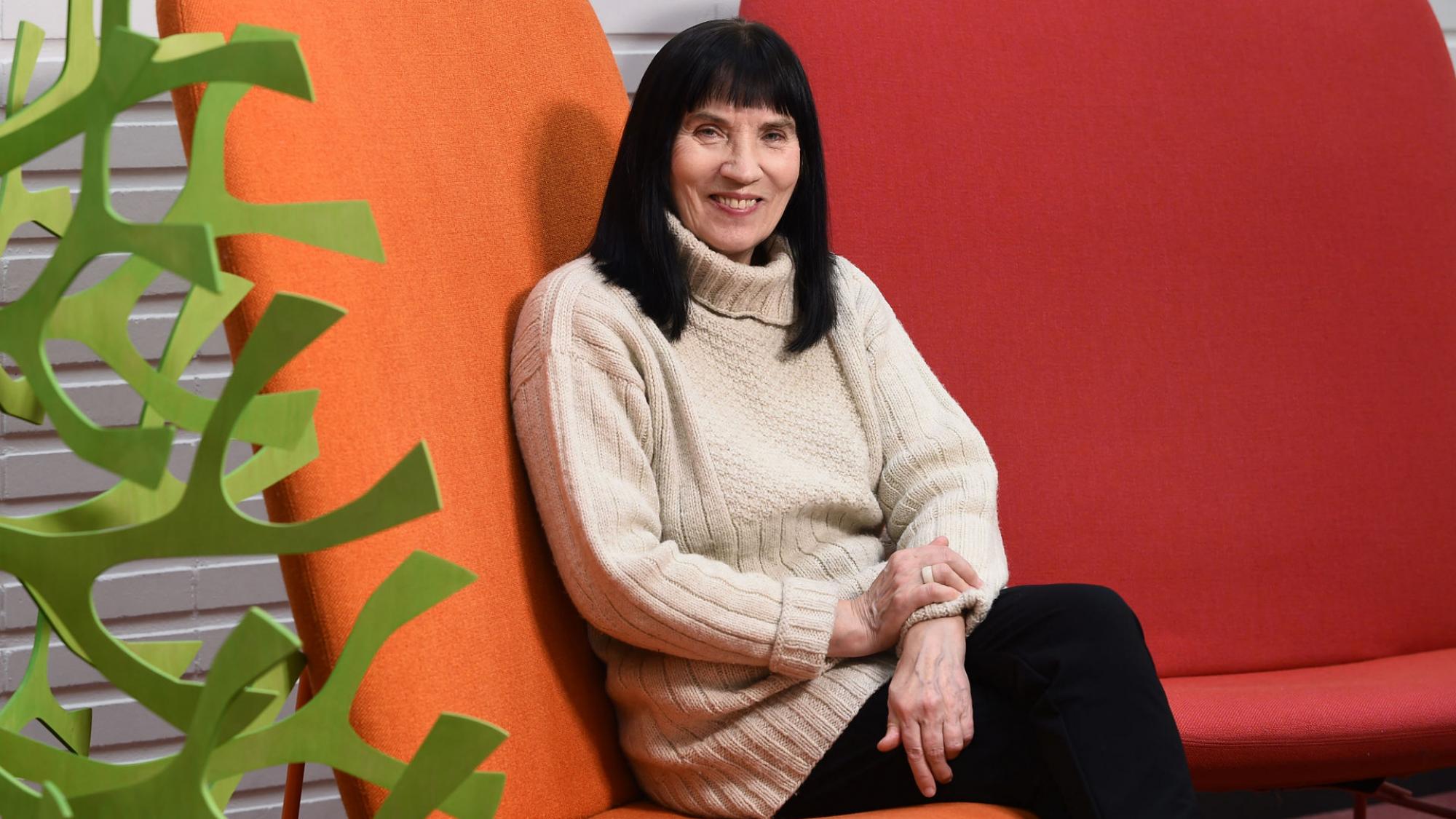 Anni Rapinoja graduated from the University of Oulu in 1974. Botany and geography studies have been crucia in her natural and environmental art. Rapinoja handles the relationship between humans and nature and environmental issues in her works. She uses mainly the natural materials of island Hailuoto where she lives.

In 2016 Rapinoja returned to the University of Oulu, invited by Professor Seppo Vainio. In the project called “Genes & Society”, Rapinoja explored what science and its techniques could have to her art. During the project, through the collaboration of the artist and researchers, several videos of a world invisible to human eyes were created.

Rapinoja is an honorary member of the Finnish Association of Sculptors and member of the Oulu Artists' Society. The internationally recognized artist has held exhibitions on all continents and has been awarded dozens of grants and recognitions. In 2014, Rapinoja was awarded an artist's pension.

The University of Oulu Association has appointed the Alumn of the Year since 1999. The first Alumnus of the Year was President Martti Ahtisaari.

The Student of the Year 2022 was also published at the University Gala. This accolade was awarded to Meri Pekki, a four-year-student of Process Engineering. Throughout her studies, Pekki has worked for the community and well-being of students both inside and outside of Process engineering guild. She works as a harassment contact person which reflects altruism, a strong sense of justice, and the courage to stand up for those who have been wronged. In that role, she has created safe and equal study space for students.

This year, the Fund wanted to reward individuals in the field of arts and culture. The purpose of the fund is to give recognition to those who contribute to the economic or mental well-being of Northern Finland. Pirjo Yli-Maunula, Artistic Director of Flow Productions in Oulu, has been working uncompromising in the field of performing arts for decades, as has John Storgårds, the artistic director of the Lapland Chamber Orchestra in Rovaniemi, in music.

“Both have done long-term and uncompromising work in northern Finland. In addition to their significant creative work, they have raised other northern artists and created organisations and structures that bring art closer to people in a large area,” says Katri Ervamaa, Chairman of the Board of Directors of the Pentti Kaitera´s Fund.

Every other year, the Fund grants scholarship awards for distinguished work done at the University of Oulu or significant achievements that benefit Northern Finland.