The Eudaimonia Institute proudly presents its spring lecture series “Eudaimonia Solves Global Problems!”. All talks will be about a specific topic of global concern, take 1h, and followed by a reception with food, drink, and plenty of time to mingle. All welcome! 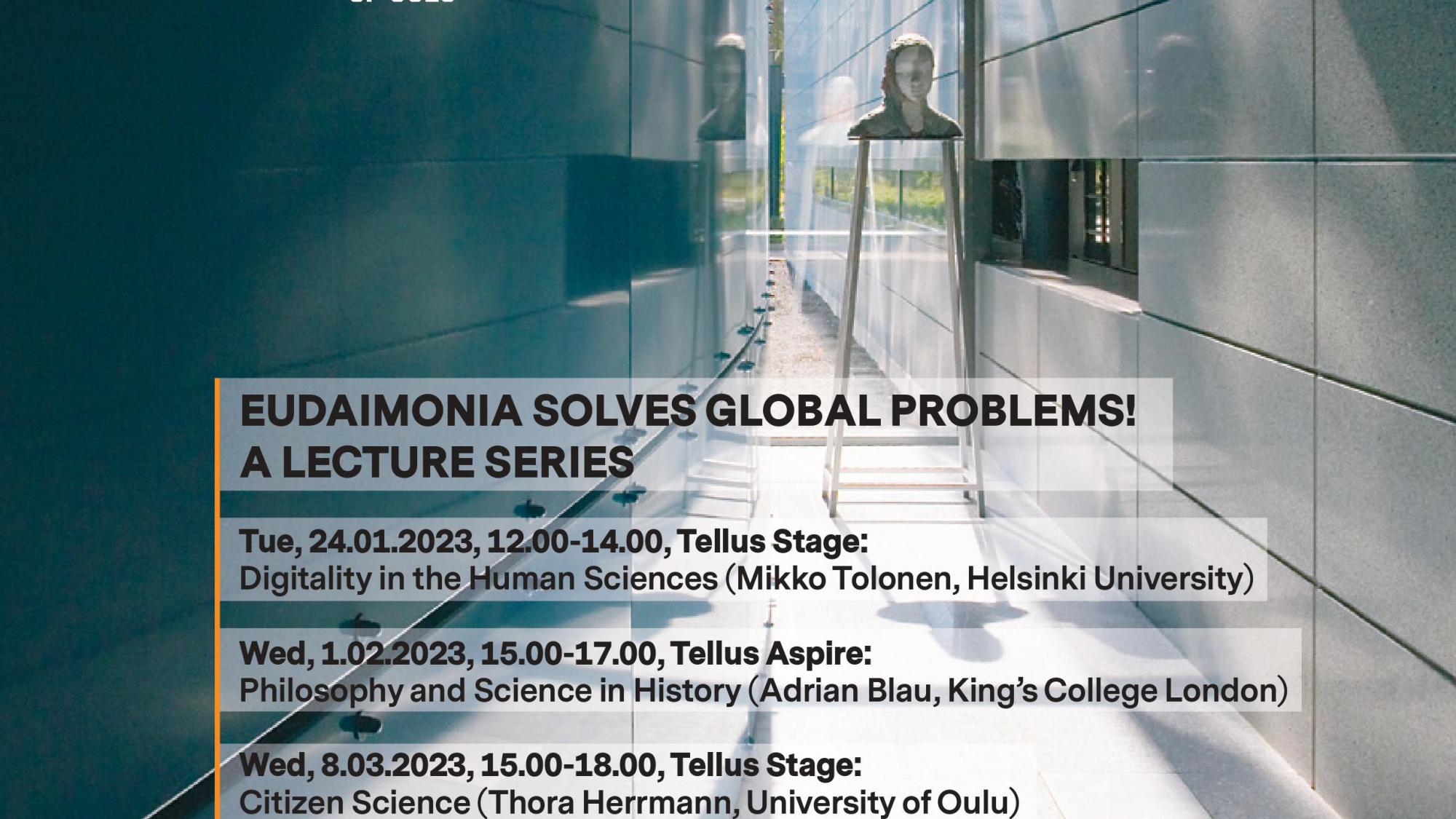 (1) The best set of tools that humans have yet developed for answering empirical questions are scientific tools. Part of my paper will thus explain why scientific ideas are far more relevant in history of philosophy than most people think - especially uncertainty, under-determination, falsification (though not in orthodox ways), hypothesis-testing, triangulation of textual, contextual and philosophical evidence, and publicity. The emphasis on testing is crucial.

(2) The second set of questions are philosophical, and philosophical analysis is vital even in primarily historical analyses, since even historians will sometimes need to take a stand on questions such as how an author's ideas fit together and how convincing their arguments are; and issues of conceptual consistency are ever-present, even if only in the background. All of the following philosophical techniques, except the last, are thus required techniques even for historians: conceptual analysis, conceptual/logical implications, presumptions, specifying the steps in an argument, systematic reconstruction, adaptive reconstruction, and drawing contemporary insights. Many historians indeed attempt the last of these techniques, albeit not always effectively.