Solution designer Angela Suorsa was awarded at the Opening Ceremony of the Academic Year of the University of Oulu for the exemplary implementation of the university's value of “taking responsibility”. Suorsa, who works at the Career Centre at the University of Oulu, helps about fifty students to find their career paths every month. 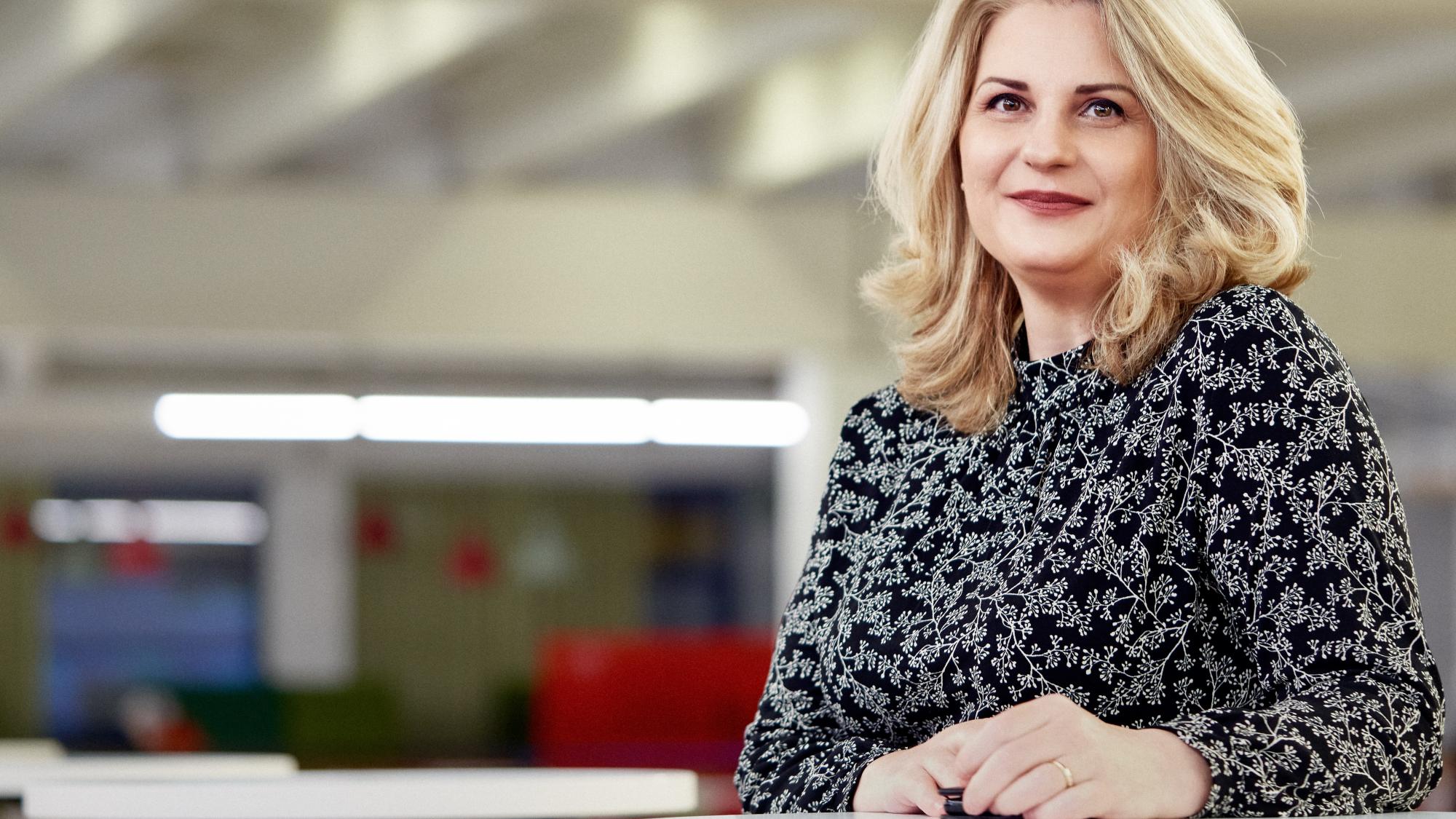 “During our collaboration, students can find themselves, their skills and the courage to seize even surprising opportunities,” she says.

Employees of the Career Centre, located on the Linnanmaa campus, provide, among other things, individual guidance, training assistance for job interviews, workshops and events where students and companies meet.

Angela Suorsa arrived in Oulu about 30 years ago. She was one of the first international degree students in Oulu. Back then the attraction here was the fast-growing ICT industry and especially Nokia because their work on mobile phones was new and innovative.

“The University of Oulu was known for its cooperation with Nokia, and because I wanted to be the best in my field and learn as much as possible from it, it was easy to make the decision to go study in Oulu,” Suorsa says.

In Oulu, doors began to open for different jobs, and the city that was intended for exchange soon became a permanent home.

“I was young and curious. New opportunities kept opening and I wanted to try new things. I’m still on that same path, but now I also encourage students to be brave and spread their wings,” Suorsa explains.

Suorsa graduated as an engineer from the University of Oulu. She worked in that field for a long time, but her curiosity and constant desire for development and learning made it possible for new job opportunities to come along over the years. She became more and more interested in international topics, and in her current job she gets to deal with those on a daily basis.

Help for all the students at the university

Two years ago, campaign donations to the University of Oulu made it possible to recruit a career counselor. The only instruction that Suorsa received for the work was to look for suitable ways to help international students find jobs – and hopefully stay in Oulu. However, Suorsa's job description changed after one year, and she was given responsibility for the careers of all students at the university. She then established the Career Centre to cater for the needs of both foreign and domestic master's and Doctoral students, who today use the services equally.

According to Suorsa, after the suitable education for the job, the most important point for companies is what kind of person the applicant is. Is he or she someone they want to have lunch or a cup of coffee with? Does he inspire other employees of the company with his personality? It’s important to emphasize for students that in work interviews they need to be the best versions of themselves. Suorsa’s job is to help students find the best in themselves and bring it out in the right way.

Helping students who are walking the same path

Angela Suorsa has been an international degree student and a job applicant. Especially the experience of looking for your own place as an international student is familiar to her. Suorsa’s strength is, in fact, that she knows how to put herself in the position of the people she works with and whom she helps. Also, she is always the one who cheers and encourages the students to keep going.

“The best part of the work is the moment when a student who has lost hope is able to see the light again,” Suorsa mentions.

You can see the importance of Suorsa's work, for example, in the fact that last year Career Centre’s event “ITEE meets the companies” helped more than 15 local ICT companies to recruit students from the University of Oulu. Moreover, this year the Career Centre collaborated with CERN, The European Organization for Nuclear Research. CERN was looking for experts in information technology and IT and there were more than 400 jobs available.

All students employed because of Career Centre have been able to get started in their career paths. So, you could say that a job that did not exist two years ago has shown its relevance, and the person doing it is indeed worthy of rewarding.