The multidisciplinary GenZ profiling project of the University of Oulu begins to materialise when the tenure track assistant and associate professors selected in January begin their research activities. At the same time, the project objective of bringing human orientation to digitalisation is highlighted from the perspective of the different research fields. 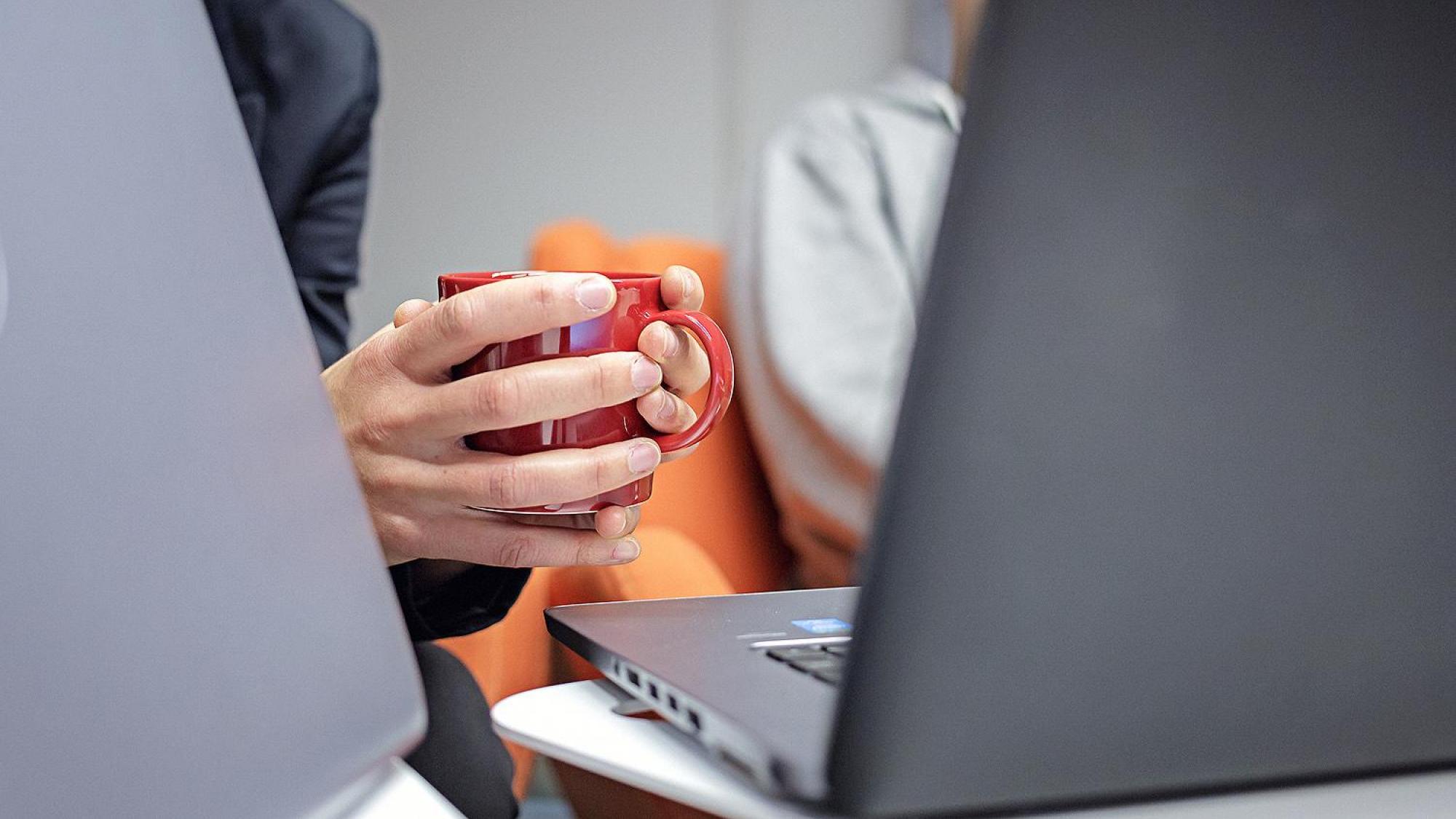 Launched in 2019, GenZ will now take a step forward, explains Project leader Pentti Haddington, Professor of English Language at the Faculty of Humanities.

“Until now, there has been little unified research in the project, but the selection of the new professors is a turning point. They are taking the research forward, and multidisciplinary cooperation has begun.”

Selected from 145 international applicants, the professors represent Oulu Business School at the University of Oulu, as well as the Faculty of Education and the Faculty of Information Technology and Electrical Engineering. The group will be complemented by another two professorships, one of which will be established in the Faculty of Humanities.

The plans also include a workshop intended for all University of Oulu researchers interested in the GenZ project. The timing depends on the situation with the coronavirus.

“In the workshop, we will specify the project themes together and the research topics will be set out in concrete terms,” says Haddington. In the start-up phase, he outlined two main themes for GenZ: the aim is to involve humanities in the development of smart technologies and, on the other hand, to strengthen people's abilities and ways in which they can cope with the turmoil of digitalisation.

“Both themes are still important and we are making progress in both. The expertise of those who have been selected is closely linked to these themes.”

Marianne Kinnula works with both of the key themes. As an information systems researcher, she understands technology, but works at the “most humanist end” of her scientific field.

“My key research area is our technology-rich everyday life. I am interested in the question of how to make it possible for everyone to have a say in what kind of digital technology they use, and possibly participate in its design,” summarises the new associate professor.

The research focuses particularly on children and schoolchildren. Key concepts include participation and empowerment, which could be characterised by taking matters into one's own hands.

“Empowerment is about opportunities – about access to information networks and devices – as well as expertise: technology use skills, but in a deeper sense, also competence in development, such as programming and the ability to challenge and evaluate information technology in terms of what is needed. It is also a question about meaningfulness and the users’ experience of being able to influence things.”

The GenZ slogans ‘co-evolution’, ‘co-creation’ and ‘resilience’ sound familiar to Kinnula. “My research so far can be beautifully summarised in the word ‘resilience’. The goal is for people to have the flexibility and ability to act in the changing world; to challenge instead of simply reacting. Co-creation, in turn, is an everyday tool in my field of science: we design new technology together with the users.”

Kinnula believes that her research perspective will expand from an individual to society through GenZ.

“The project is a natural continuum of my previous work. Ethics will also be an important theme. I will hire a postgraduate student and a post-doctoral researcher and have already found mutual and multidisciplinary points of contact with other tenured professors.”

Resilience is also a key concept for Jaakko Simonen, who works at the University of Oulu School of Business. “It is a hot theme in any field just now,” he says and describes resilience as an ability to prepare for and adapt to different shocks, and to be flexible and recover from them; the scale is stretched from personal shocks to reforms in organisations, sectors and nations. “The coronavirus crisis is a good example.”

Simonen specialises in regional economics and regional effects of the high-tech sector. The theme of resilience is particularly connected to his research on the effect of Nokia's downfall on the Oulu region.

“The Oulu region has recovered well, and employees' resilience has played an important role in this. People didn't move out of Oulu even if they lost their jobs. They retrained and found employment in new sectors, such as high-tech services. They often also accepted a lower salary in their new position.”

Nokia’s downfall was not an actual technology shock, but involved the problems of an individual company and the related effects. In GenZ, Simonen focuses more on how the development of technology affects people, the society and the world of work in particular.

“What is the meaning of the increasing digitalisation and robotics, for example, from the perspective of work tasks and education?” he asks. “Opinions are divided on this: Work tasks will become more similar, which may increase mobility from one sector to another. On the other hand, certain statistics show that work tasks will become differentiated. This will lead to reduced mobility, and people will work in the same companies for longer.”

Research into Nokia’s downfall has provided both material and ideas for GenZ. “Its biggest contribution is a better understanding of the role of people in the resilience of regions: in the end, it all boils down to people's ability and willingness to adapt to changes,” says Simonen. “It is fascinating to link the mobility of labour to this theme, and I also look forward to multidisciplinary views on resilience.”

Jonna Malmberg, who works in the Research Unit of Learning and Education Technology, will bring the perspective of educational sciences to GenZ.

“Already in my master’s thesis, I dealt with technology-assisted learning environments and how learning can be supported. Technology has been present in all my research work,” she says. “My role in the project is mainly concerned with the question of how human competence and learning potential can be supported and strengthened through different technologies.”

Malmberg approaches technology rather as an opportunity than a problem: the potentially negative effects of digitalisation on learning are not currently being studied. It is, of course, a well-known fact that overly complex technology can interfere with learning.

“The human learning potential and competence are present in all of us, and technology plays a role in how to strengthen them,” Malmberg says. “In GenZ, I can provide guidelines for the direction in which technology should be developed: How could it be used, for example, to recognise emotions or challenges in learning before people can identify them themselves. Or could a teacher use technology to identify when pupils are interested or when they do not understand something.”

This could involve the introduction of similar applications that are in use at the Research Unit of Learning and Education Technology. “Technology can be used to both support and study learning. Recently, we have been using physiological sensors similar to activity trackers. For example, they may indicate when a person is feeling stressed or interested, and we will investigate whether the sensors can be used to identify challenges arising during learning.”

In GenZ, Malmberg is looking forward to a deepening of these themes and multidisciplinary cooperation. She is already in the process of compiling her own research group and developing more detailed topics.

“One topic could be to find out what type of technological applications can generate awareness of cognitive processes during learning and in group learning.”

Involving users in the development

Simo Hosio from the Research Unit of Ubiquitous Computing represents the theme of smart technology development in the most clear-cut way. Hosio’s long-term research topic, crowdsourcing, brings a human perspective to the theme.

“In crowdsourcing, we obtain information from a large group of people. This information is then cumulated and modelled into a whole. A good example is Wikipedia: its authors provide a small piece of information each, which is then compiled into a whole by the infrastructure,” he explains.

The Kipuriihi website created by Hosio is also based on crowdsourcing. It gathers assessments by both the general public and doctors on forms of backpain treatment and combines these into a general assessment for which the user can select the criteria.

The internet is a useful tool for crowdsourcing. “It is easy to access crowds online that are needed for crowdsourcing. Using simple algorithms, an infrastructure is created on top, so that the group produces something sensible instead of just noise. When people are instructed to tell about dieting methods, for example, and the second layer consists of numerical data, such as grades assessing the functionality of the methods, the crowdsourcing leads to artificial intelligence.”

Until now, Hosio has applied crowdsourcing to digital health technology, focusing on the treatment of back pain and diets. In GenZ, the approach expands to smart technologies in general, in line with the concept of co-creation.

“We are creating a method that enables future end users to contribute to technological development: what they think should be taken into account when designing user interfaces, for example. At the beginning, we will build a platform for students at the University of Oulu to have their say on technological research projects.”

The objective is a national platform through which any non-commercial study can involve users in the development of technology. The technical implementation is somewhat clear, but the challenge is how to attract people to contribute. This is linked with Hosio's study on interruptibility, in other words, when and where to interrupt people, and the multidisciplinary nature of GenZ will be of help here, too.

“What kind of psychological levers can be pulled to make people contribute, and how can people be rewarded for their contribution? This requires particular knowledge in economics. It has always been problematic to find users for the development processes, and a national voluntary infrastructure would be very beneficial.”

The pilot of the contribution platform is to be implemented at the end of the year. Hosio started working on the project with his own research group already before GenZ, but with the project, “the pieces fell into place”.

“I'm so happy that we have such a great team in GenZ. This seems to generate various joint projects.”