As the permafrost thaws, the topography of the Arctic will alter dramatically, according to an international study headed by Finnish geographers. The study, which covered the entire area of permafrost in the Arctic, found that much of the permafrost landforms now occurring in that region was in danger of disappearing some time this century, and the change has already begun. 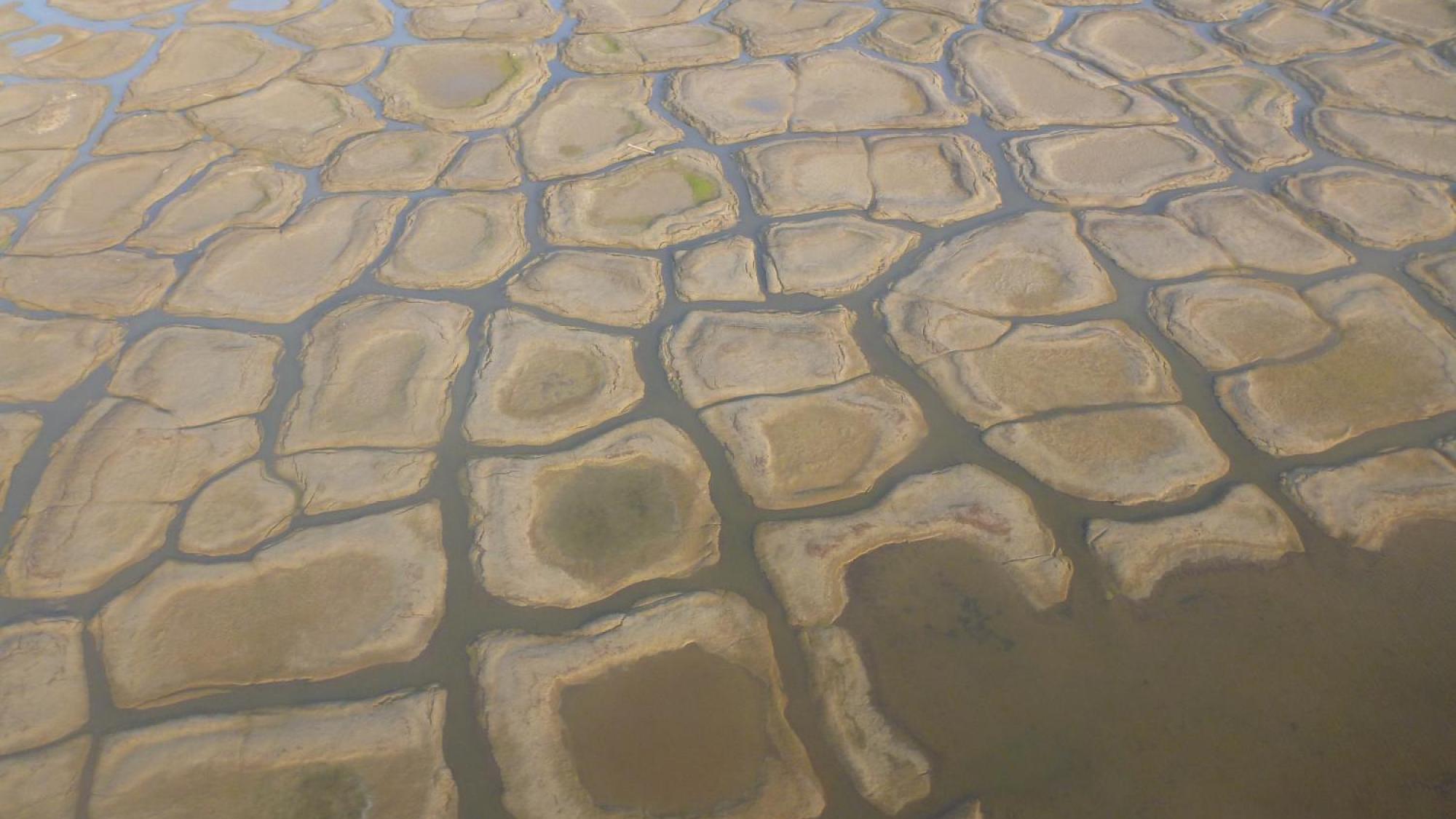 Unique landforms in an area of permafrost are the result of ice accumulating in the soil over a period of thousands of years. These landforms are sensitive to global warming, as the ice they contain is located close to the surface of the ground. As the area of summer thaw expands, the landforms collapse and slowly vanish from the landscape.

Predictions suggest that as many as half the current areas of occurrence could become unfavourable for the formation of iconic landforms of permafrost terrain, such as pingos, ice wedge polygons and rock glaciers by the end of the century. ‘Global warming and an increase in rainfall do not restrict the occurrence of landforms just in those areas of permafrost already thawing, but also in extremely cold areas of thick permafrost,’ says Olli Karjalainen, postdoctoral researcher with the Geography Research Unit at the University of Oulu.

The study also showed that many of the natural conditions favouring the occurrence of such features could be preserved if the increase in the atmospheric concentrations of greenhouse gases were halted this century. At the same time, it would be possible to reduce the multiplier effects associated with the thawing permafrost.

The melting of the ice contained in the landforms has a major effect on the water and carbon cycles within Arctic ecosystems. ‘The greenhouse gas emissions released into the atmosphere from the thawing permafrost will accelerate global warming this current century,’ declares Professor Miska Luoto of the Department of Geosciences and Geography at the University of Helsinki. Moreover, Juha Aalto of the Finnish Meteorological Institute has this to say: ‘The changing features of the landscape, such as the permafrost thaw ponds, may affect climate as a result of lower surface albedo.’

The local characteristics of soil and vegetation determine the occurrence of landforms and climate sensitivity. Olli Karjalainen endeavours to explain the complex relationship between permafrost and climate: ‘Ecosystems react to climate change in different ways. For example, a thick peat bed can effectively protect ground ice from summer warmth and delay the thawing process. All the same, the permafrost contained in the palsa hummocks found in the peat bogs of northern Lapland, for example, has been found to be thawing fast.’

‘The disappearance of iconic permafrost landforms is reducing geodiversity and potentially affecting biodiversity,’ adds Professor Jan Hjort of the Geography Research Unit at the University of Oulu. Melting ground ice in built-up areas adversely affects the bearing capacity of soil and is a threat to roads and buildings, for example. It is crucially important to have a better understanding of the geographical variation as regards ground ice when assessing the impact of climate change on nature and human activity in the Arctic region.

The study was published in the prestigious Environmental Research Letters journal. It is part of the ArcticSHOC project funded by the Academy of Finland. The project explores land surface processes in the Arctic region in current and past climate conditions and in changing climate conditions in the future.