Arctic researchers are a little different, says university lecturer in cultural anthropology Roger Norum, a native New Yorker who ended up in Oulu. 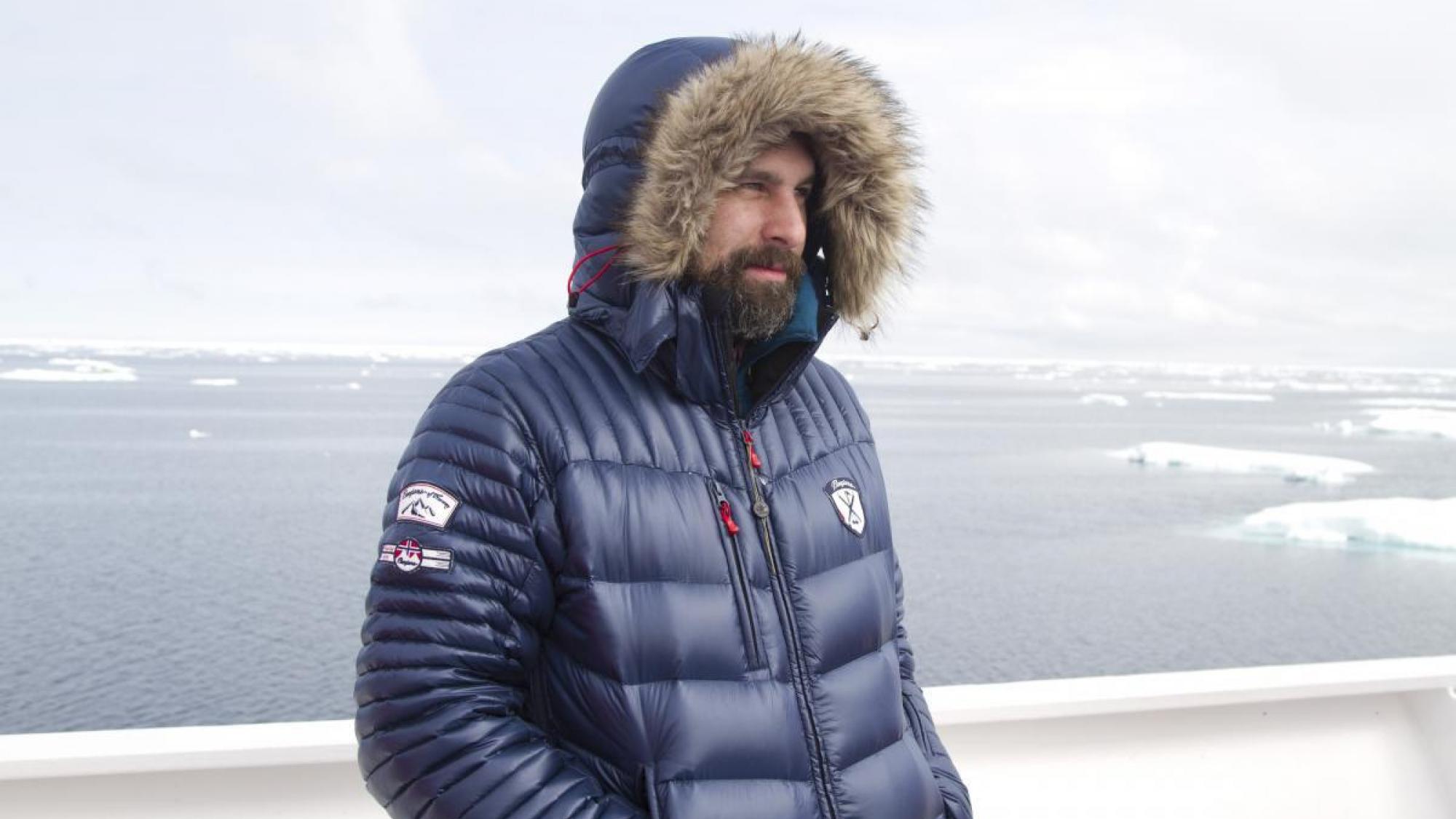 “Arctic studies came to me more than the other way around”, reflects Roger Norum, university lecturer in cultural anthropology and adjunct professor in geography. His persistent interest in how people experience their varied environments has led him far from his native New York to Oxford and finally to Oulu, where he finally feels free to conduct the kind of research he wants to do.

Growing up in a suburb of New York City, Roger Norum always longed to be more interesting. Living in a multicultural neighbourhood he was surrounded by peers with diverse ethnic and linguistic backgrounds who strongly identified with other places in the world besides the USA. His own family was monolingual and he himself never felt a real connection to anywhere beyond what he considered the rather unexciting environment of small-town suburban America.

Norum’s early interest in how people experience belonging and othering led him to an academic career in anthropology. He is now working as a university lecturer of cultural anthropology at the University of Oulu.

Norum’s path in life was far from clear after graduating from Cornell University with a major in Arabic and Turkish language and society. His interest in different languages and places was insatiable but he had no clear dream job in sight. Over the next few years, he pursued what he describes as “a haphazard series of seriously random jobs”.

“I worked at an investment bank, then at UNICEF, then as a translator, then as a travel writer… I also started an internet company with some friends when I was 22. Even when I was in normal desk jobs, I would skip town every chance I had, hop on a plane for some completely random location I knew nothing about. It dawned on me that I wanted a job where I could have the freedom to travel and, in a very real sense, be in places that I didn’t belong”, Norum recounts.

Norum did not feel that the corporate business world, though challenging, was the right place for him. In his late twenties he felt tempted by the idea of returning to academia. The opportunity to do a graduate degree presented itself, but he was uncertain of what subject to focus on.

“One day I was having lunch with a cousin in Boston, a professor of Asian Studies, who suggested I go into anthropology. I had never considered the discipline before, but after thinking about it the subject seemed to bring together all the fields I found interesting – literature, language and history, as well as ideas about globalisation and human mobility.”

Norum was accepted onto a one-year Master’s degree in social anthropology at the University of Oxford. There he found his identity as an anthropologist. He ended up staying in Oxford for ten years, teaching and writing his PhD dissertation on the experiences of sociality and time among Western expatriates in Nepal. In this research, he drove deep into issue of what it means to belong to a certain place as a transient member of a community.

“Anthropology is a discipline that, in a way, allows you to study anything at all in the world you find fascinating”, Norum says.

“I feel a real connection to social anthropology in part because it provides a means of seeing both yourself and others in new ways. It gives you some wonderful distance from the things you know.”

Norum relocated permanently to Oulu in 2019. Since then he has been appointed an adjunct professor in geography and a university lecturer in cultural anthropology. In Oulu, his research primarily deals with Arctic and Northern themes. He has specialised in the study on Fennoscandia. “Arctic studies came to me more than the other way around”, Norum recalls.

Norum first became interested in the North long before discovering anthropology. He spent a year as an undergraduate exchange student at the University of Tromsø and during a side career as a travel writer and photographer he authored guidebooks to places that included Denmark, Finland and Svalbard. When he finished his PhD, he took on a postdoctoral project at the University of Leeds in Great Britain where he studied practices and representations of Arctic tourists, and their relationships to environmental change.

“After moving to Finland, it is almost like I have returned to my past, in a way. Since leaving graduate school, I have become increasingly interested in the Arctic and northern regions of the world. My Finnish studies from years ago have come in handy and it’s great to have one’s fieldsite right out in your backyard.”

Norum finds the periphery and remoteness of many parts of the Arctic fascinating and distinct, but he also appreciates the increasingly global nature of the Arctic. Due in part to the effects of climate change, the mobility of people to, in and around the Arctic has increased.

Norum describes meeting and working with other Arctic researchers as one of the highlights of his job.

“People who study the Arctic tend to be super interesting and a bit different – you’d have to be to want to spent time in the frigid middle of nowhere. I do feel like I have found my people.”

Currently, Norum is working on quite a lot. He is co-writing a book on the experience economy with a media studies colleague in the US. With a legal scholar in the UK he is engaged in a project dealing with undersea Arctic cable infrastructure.

One of Norum’s projects was funded by the Arctic Interactions and Global Change profile area. This methodological pilot idea involved several researchers in anthropology and dealt with empathy and the environment, looking at different ways of communicating the perspectives of various beings. Small VR (Virtual Reality) cameras were utilised to film stretches of environment from different perspectives, such as that of a hunter or an animal. Norum explains that the project related specifically to land use planning and conservation. The researchers have put forward questions of whether seeing nature from different perspectives can influence how people perceive and value environment.

Norum is very grateful for the support he has received in Oulu to conduct such experimental, creative research. He enjoys the freedom he is granted at his university, something he considers rare in modern academia.

“In many larger and more bureaucratic universities, taking risks is rarely encouraged. Being able to frame and sell your research as something that the university can capitalise on is what many places want. In previous institutions I have been at, the academic culture is rather conservative in terms of what research is encouraged and funded, even if people talk a lot about being bold and innovative. But in Finland, if you show curiosity and have promise, someone will take notice and take a risk with you”, Norum says.

Norum is eyeing his future with an open mind. He wants to broaden his environmental research further east, particularly towards Asia, and help to expand the academic brand of the University of Oulu internationally. His many interests have taken him all over the world and will no doubt continue to do so in the future.