Enthusiasm in the genes

Marjo-Riitta Järvelin returned from England in the early 1990s with a gobelin suitcase full of questionnaires. Having worked as the scientific director of the Northern Finland Birth Cohorts research programme, the Professor emerita is endlessly enthusiastic about science and research. 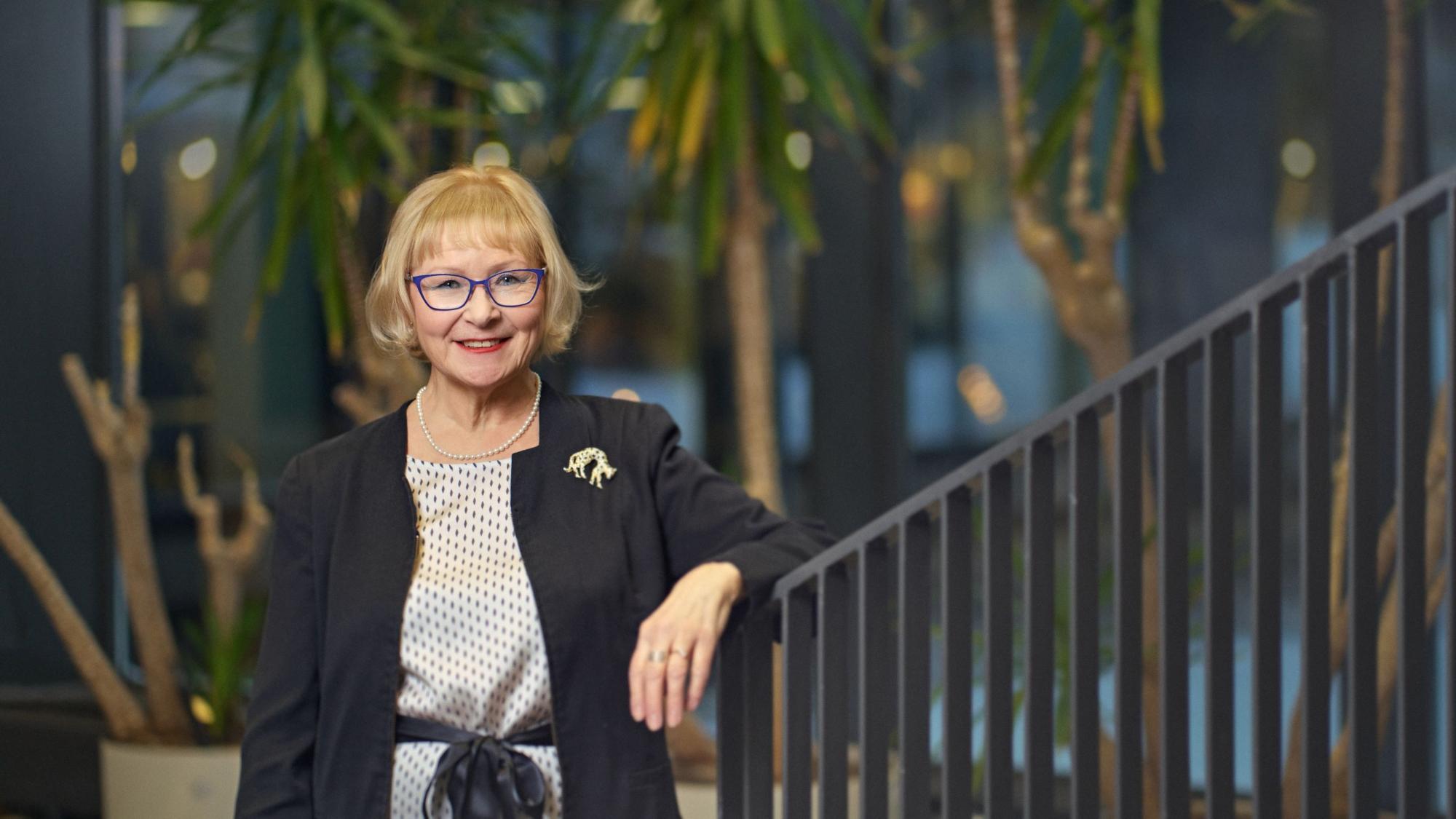 Marjo-Riitta Järvelin has conducted a number of ground-breaking studies on such topics as diabetes, children’s vitamin D intake and obesity.

“The municipality needs a doctor, you must become a doctor,” Marjo-Riitta Järvelin, 68, recalls being encouraged by her teachers as a young girl who was doing well in maths. The village of Reisjärvi did need a doctor, but that wasn’t exactly the first thing on Marjo-Riitta’s mind when she applied to study both computer science and medicine.

“I was accepted for both, but my parents thought that computer science was too modern,” Marjo-Riitta laughs.

But she has certainly processed plenty of data during her career. The specialist in Paediatrics and Professor of Epidemiology is known especially of her work on birth cohort studies. Her main work has focused on Northern Finland Birth Cohort  programme for which data are prospectively collected from practically every person born in Northern Finland in 1966 and 1985–1986. The starting point has been that a mother’s gestation period already may affect the future health of her child.

The work was initiated by a paediatrician, professor Paula Rantakallio, and Marjo-Riitta continued the work in the early 1990s together with professor Anna-Liisa Hartikainen.

“At that time, we were just starting to collect data from the beginning of the younger cohort’s path through school. We wanted to find out about the children’s underlying diseases, behaviour, adaptation to school environment and learning,” Marjo-Riitta recalls.

At the time, three doctoral theses had been written on the cohort data. Now, 130 have been completed around the world, and over 1,700 scientific articles have been published.

“We are talking about a truly remarkable body of data that spans disciplines. In addition to doctors and statisticians, cohort studies have been carried out by sports scientists, humanists, economists, linguists and geographers, among others. At the heart is medicine. There is hardly an organ that hasn’t been studied in some way using the cohort data,” Marjo-Riitta asserts.

One high-heeled shoe was left in England

Marjo-Riitta herself has conducted a number of ground-breaking studies on such topics as diabetes, children’s vitamin D intake and obesity. The last is one of Marjo-Riitta’s favourite, although sensitive, subjects.

“Obesity is linked to many things. Younger and younger people have very bad blood lipid levels. But whether, for example, the increased risk of obesity in children can already be addressed in infancy is a difficult ethical and moral question.”

Finding a new causal link is an endless source of excitement for the scientist.

“This enthusiasm must run in the genes. The current has taken me with it.”

Marjo-Riitta officially retired from her professorship in March 2022. However, she has not been deterred by this small matter and has continued to work as a professor emerita.

“On my last day of work, I told my colleagues that today Marjo-Riitta will be leaving, and tomorrow emerita will turn up,” she laughs.

Around the same time that she started working on cohort data at the University of Oulu, Marjo-Riitta went to London to study for a Master’s degree in environmental epidemiology.

“I came back with a gobelin suitcase full of questionnaires. I wanted to standardise our questionnaires and measures so that comparisons could be made later. England is a pioneering country in birth cohort studies.”

Marjo-Riitta’s second high-heeled shoe was left – figuratively – in England. She has collaborated with her English colleagues for many years and has worked as a professor at Imperial College London since 2002. Her working hours are split between Oulu and London.

The older cohort data were collected in child health clinics on paper form and recorded on punch cards. By Marjo-Riitta’s time, the information was already in digital format, but the old systems presented their own challenges and ambiguities.

“In the older data systems to save space often only three-digit numbers were stored, so for example the birth weight of a child in grams had to be entered without the last number. This sometimes caused confusion.”

Marjo-Riitta digs an old function calculator out of her handbag. 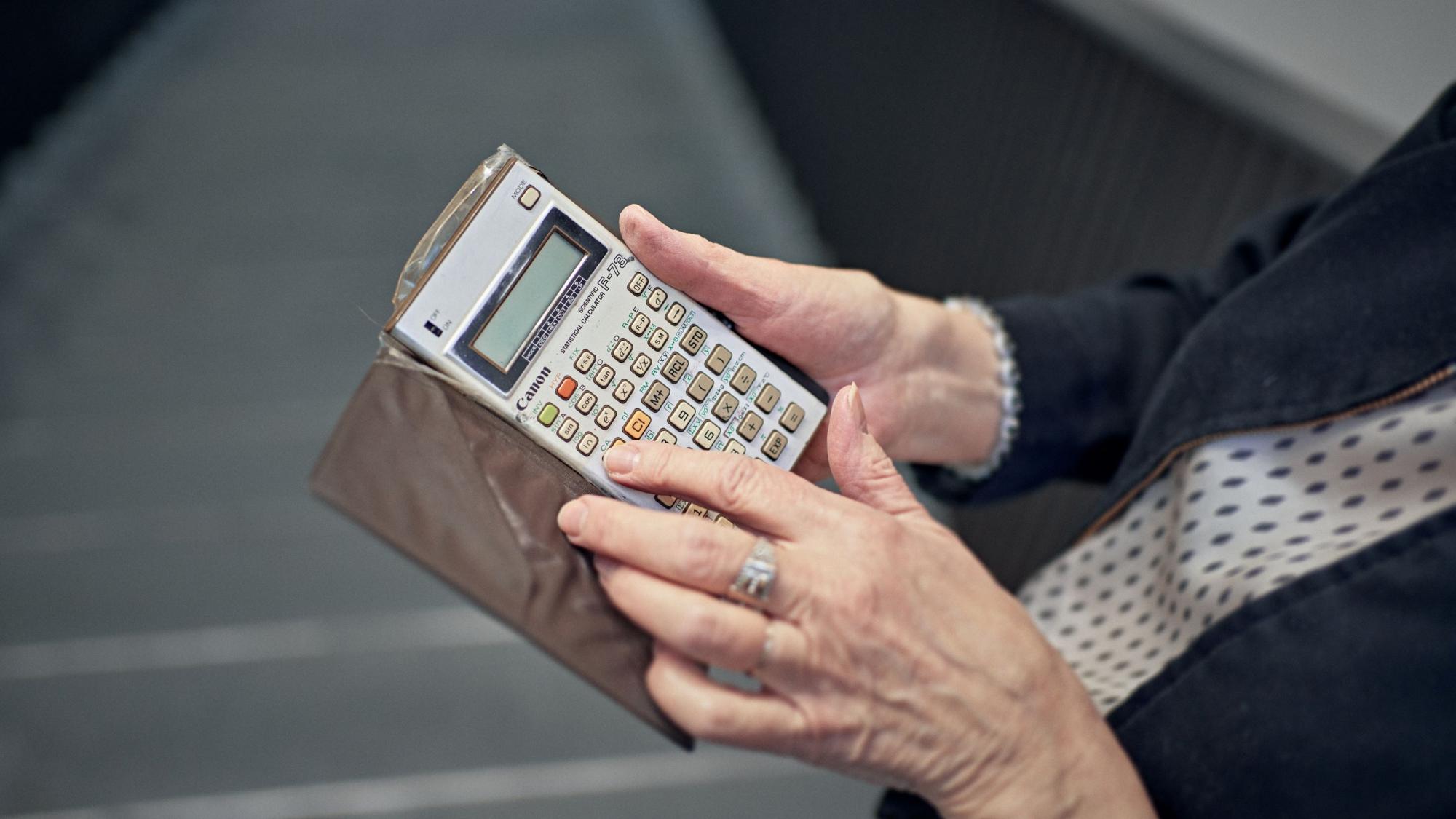 “I conducted my first studies using this. After all, this is a small computer. But it did require a lot of precision.”

In practice, the scientific director’s job has largely been about raising money.

“The clinical data collections were initiated in 1997 when the older cohort was 31 years old. This meant that where previously a questionnaire had been sent out, now people were invited to the clinics for measurements and blood tests. Each data collection was a massive operation.” The blood samples also enabled genetic research, which Marjo-Riitta specialises in.

“It is particularly important that over the years we have been able to establish a cohort center with the support of the university and other funding and to build a functional, enthusiastic community for both scientific work and material management. The proper management of the data, based on the laws, is a key of the project’s success. I know that the projects are in competent and good hands."

To balance her work, Marjo-Riitta relaxes by walking and reading historical romance novels. Sewing is another hobby she loves.

“I’ve been thinking that I’ll start sewing when I retire,” the professor jokes.