More effective solutions for the early identification of cerebrovascular disorders are being sought through technology. The national StrokeData project, led by the University of Oulu, seeks new methods that utilise different types of data to speed up diagnostics and improve treatment and rehabilitation. 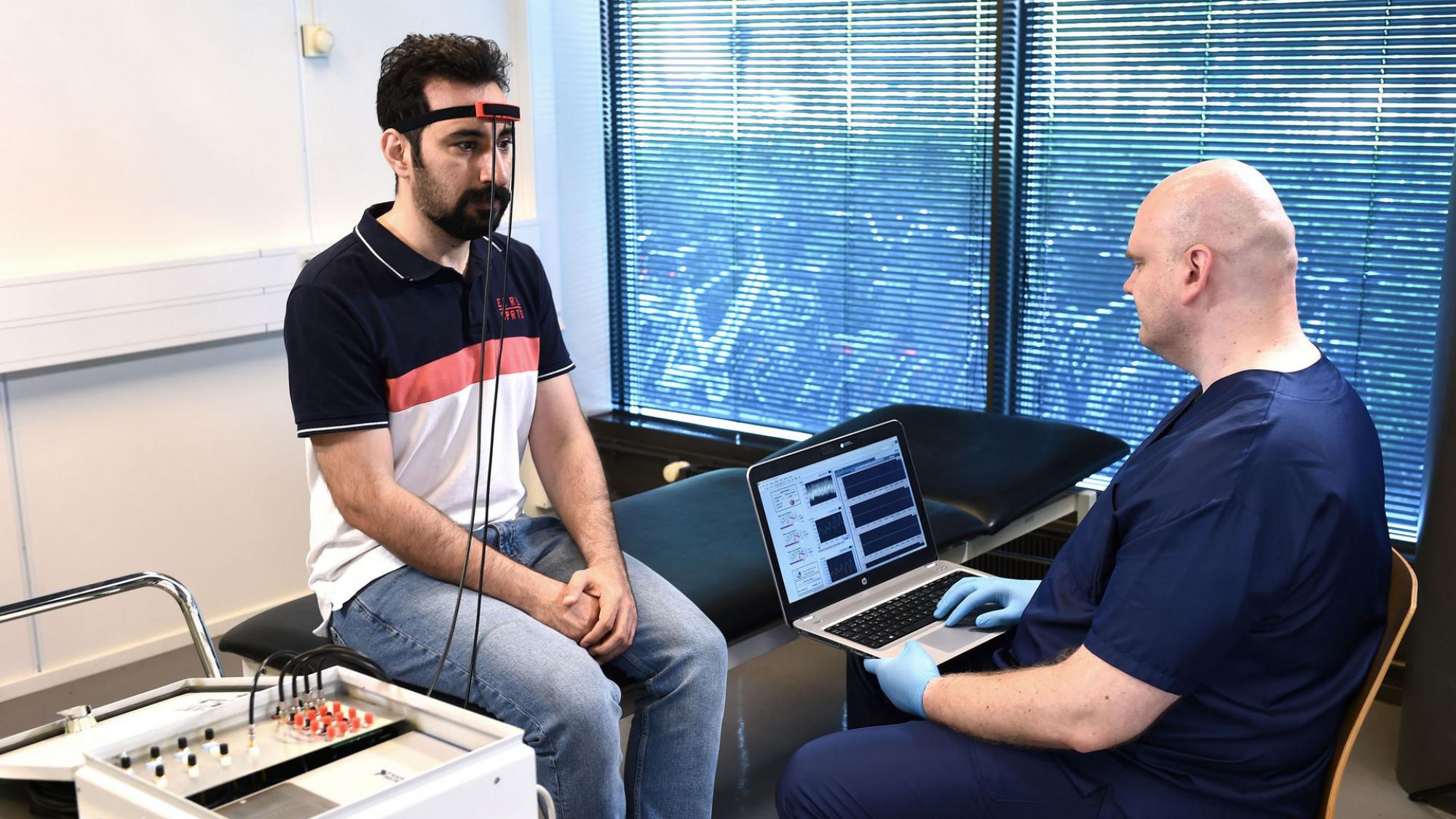 The aim of the StrokeData research project is to create an automated assessment system using both audiovisual signals and biosignals to support the diagnosis of cerebrovascular disorders. The methods being developed utilise wearable sensors, fundus photography of the eye, video images, speech, and brain electrical current monitoring.

At the University of Oulu, one research topic is to find out whether combined electrocardiogram (EEG) and near-infrared spectroscopy (NIRS) brain monitoring help to distinguish difficult-to-detect TIA seizures from vascular dementia or migraine. A transient ischemic attack (TIA) can predict a stroke.

Project manager Kirsi Rasmus explains that StrokeData consists of several sub-studies that map the needs of patients and professionals, as well as the possibilities of technological devices and sensors already approved for medical use. The project started in 2020.

“The search for patients who would take part in the study will begin next summer or early autumn. Patients and control groups will be recruited from the university hospitals of Oulu and Kuopio, through e-mail invitations and newspaper advertisements.”

One in six Finns has a cerebrovascular disorder during their lifetime

In the event of a cerebrovascular disorder, diagnosis and access to treatment as soon as possible can prevent the patient's death or serious injury. For example, a person in need of thrombolysis, also called fibrinolytic therapy, must receive treatment within four hours from when the symptoms started. When a patient arrives at the hospital, the doctor needs information about the patient’s background, medication, risk factors, and previous illnesses. A smooth flow of information improves diagnosis and treatment.

If successful, the project will contribute to solving a problem that is important for public health and the economy. One in six Finns suffers from a cerebrovascular disorder during their lifetime and half of these patients are left with permanent damage. A quarter of those affected are of working age. Cerebrovascular disorders are the third most common cause of death in Finland, killing about 4,500 people every year.

The most common cerebrovascular disorder is a stroke, which occurs when a blood clot clogs a cerebral artery. In this case, blood circulation is blocked in this area of the brain.

The project also aims to create business models that can be used to sell diagnostic solutions to other countries. Julius Gomes, director of the research project, says that international connections are being established and the project is collaborating with companies in Norway and Singapore.