Julia Jäkel is shaping the new psychology programme in Oulu

Professor Julia Jäkel considers herself very fortunate. She is the appointed professor of the new degree programme in psychology, which she has the opportunity to build from the start. These kinds of professional opportunities don't present themselves very often, if ever, which is why Jäkel is so excited about her new position. 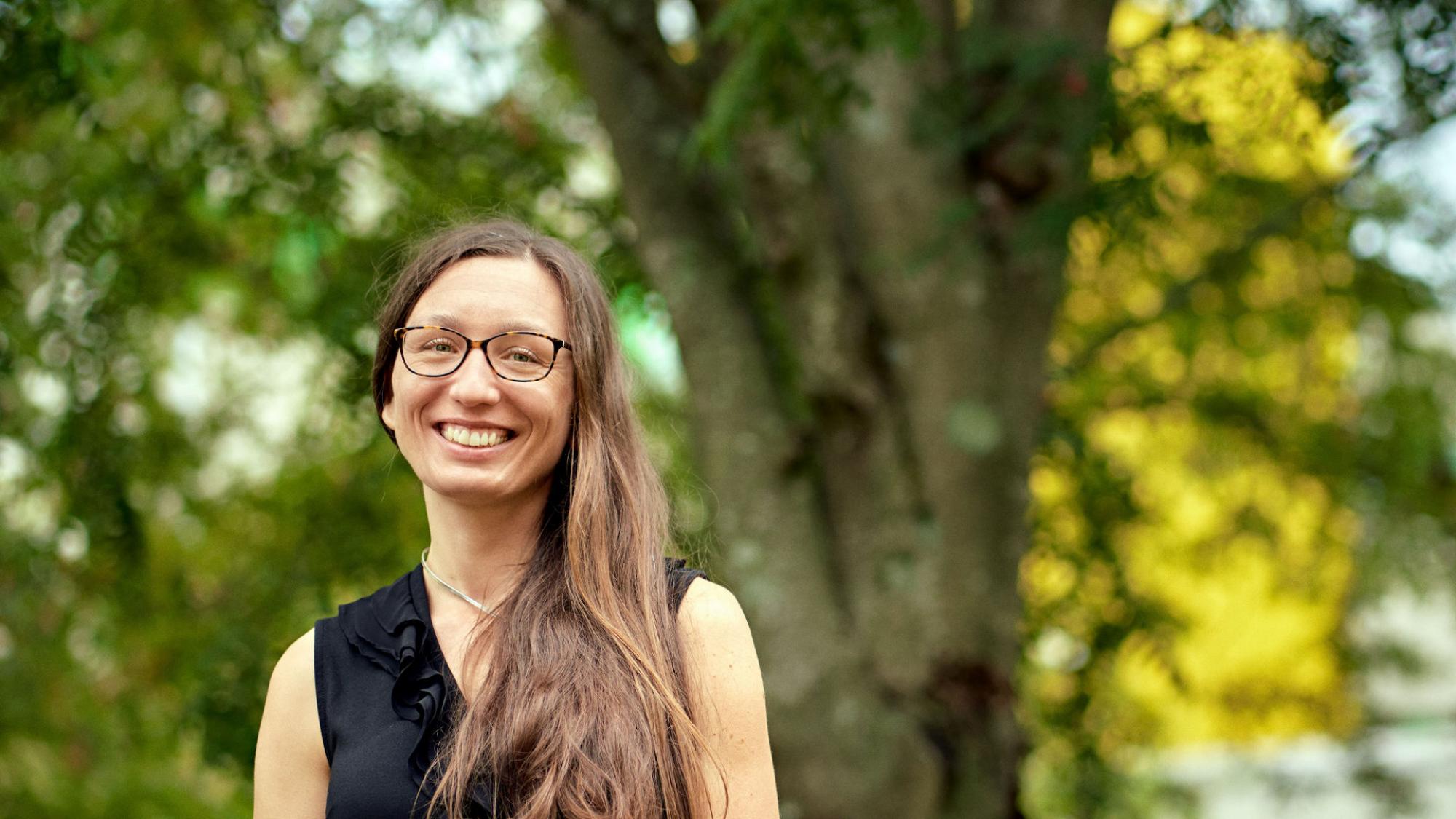 And Jäkel is up to the task. Possessing a scientist's curious and methodical mindset, she is eager to instill this into the next generation of academics, who are taking on psychology in Oulu.

”This is an excellent chance to not only build a new team and figure out how we work as a group, but also to shape how we best serve the students and how we educate them to become good scientists. Importantly, there is a lack of psychologists in Northern Finland and our students need to be aware of a social need for professionals and a responsibility to serve the population,” Jäkel explains.

Social responsibility as a researcher is close to Jäkel's own heart and is evident in her work history. During her studies in Germany she had been volunteering with different non-governmental organizations, or NGOs, and she decided to go to La Paz for her diploma work. She worked with street mothers in the Bolivian capital through a local NGO, and her thesis concerned their long-term goals for their children. For her doctoral thesis, she worked back in Germany with Turkish immigrants and looked at how differences in the parents' immigration status and integration would affect a child's development.

After getting her doctorate, Jäkel's research interests shifted to the biological effects in long-term development. The German psychologist Dieter Wolke, who is known for leading the Bavarian Longitudinal Study, a study of preterm infants born in 1985–1986 in South Bavaria, suggested she join his team in the United Kingdom.

”As a developmental psychologist, you dream of having access to such data from a lifelong study. The original babies are in their 30's now and many of them have children of their own. There is also a sister study in South Finland and a similar study in Northern Finland, and I am really interested in looking at this next generation,” Jäkel says.

In Oulu, Jäkel is awaited by extensive cohort data from Northern Finland, which he will use in his research. Having decades' worth of data makes it possible to create complex models of risk and resilience and predicting how children are affected by their environments as they grow. There are many risks associated with preterm babies, such as negative impacts on cognitive development, but Jäkel says that the environment, and specifically, parenting, plays a significant role in how a child develops. Jäkel is excited about a new theory that looks beyond resilience.

”It takes an optimistic evolutionary lens. By nature, some children are more susceptible to environmental influences than others – regardless if those influences are positive or negative.”

Certain character traits were looked as a risk, but from a differential susceptibility point of view, a risk factor turns into susceptibility. This susceptibility means that these individuals will be affected more by their environment, as they are more sensitive to it.

”For instance, with regard to small-for-gestational-age (SGA) birth, the data shows that yes, they are on average doing more poorly than their peers, but if you add sensitive, high-quality parenting, those SGA children do better in adulthood in terms of economic success,” Jäkel points out.

Parenting is an ideologically charged aspect of human life. Trends come and go, and parents read about some new risk or challenge in child development seemingly every day. The field is rife with opinions, but Jäkel is not easily swayed by sensational claims.

”My continuing mission is to have high-quality methods, and collect the data we need in all its complexity, and interpret it. We also need to be open about what the data tells us. Keeping a critical open mind is important. Meaning well doesn't always translate into doing well, if we wish to change the world for the better.” Jäkel says.

Jäkel comes to Oulu with her husband, three children and two dogs. She says there were many appealing things about coming to Oulu.

”Finland is very well known and respected for its large population studies. Another thing that is important to me is that as a society, Finland promotes respect and tolerance for others and seems to follow scientific evidence instead of ideology,” Jäkel says.

Jäkel and her husband were keen to come to Europe after a six-year stint in the United States, where she was a tenured associate professor at the University of Tennessee Knoxville. They made a conscious choice of living in a smaller town instead of a huge metropolitan area. Oulu has many charms for her and her family.

”I enjoy the nature and having the sea close by, riding my bike to work through patches of forest. There will be more time to take walks with the dogs and going to a café with my husband. Simple things. I see us fitting in very well here,” Jäkel says.