Florian Festi, the creator of Boxes.py, gave a talk on his creation on Friday, June 3 at Tellus Backstage. 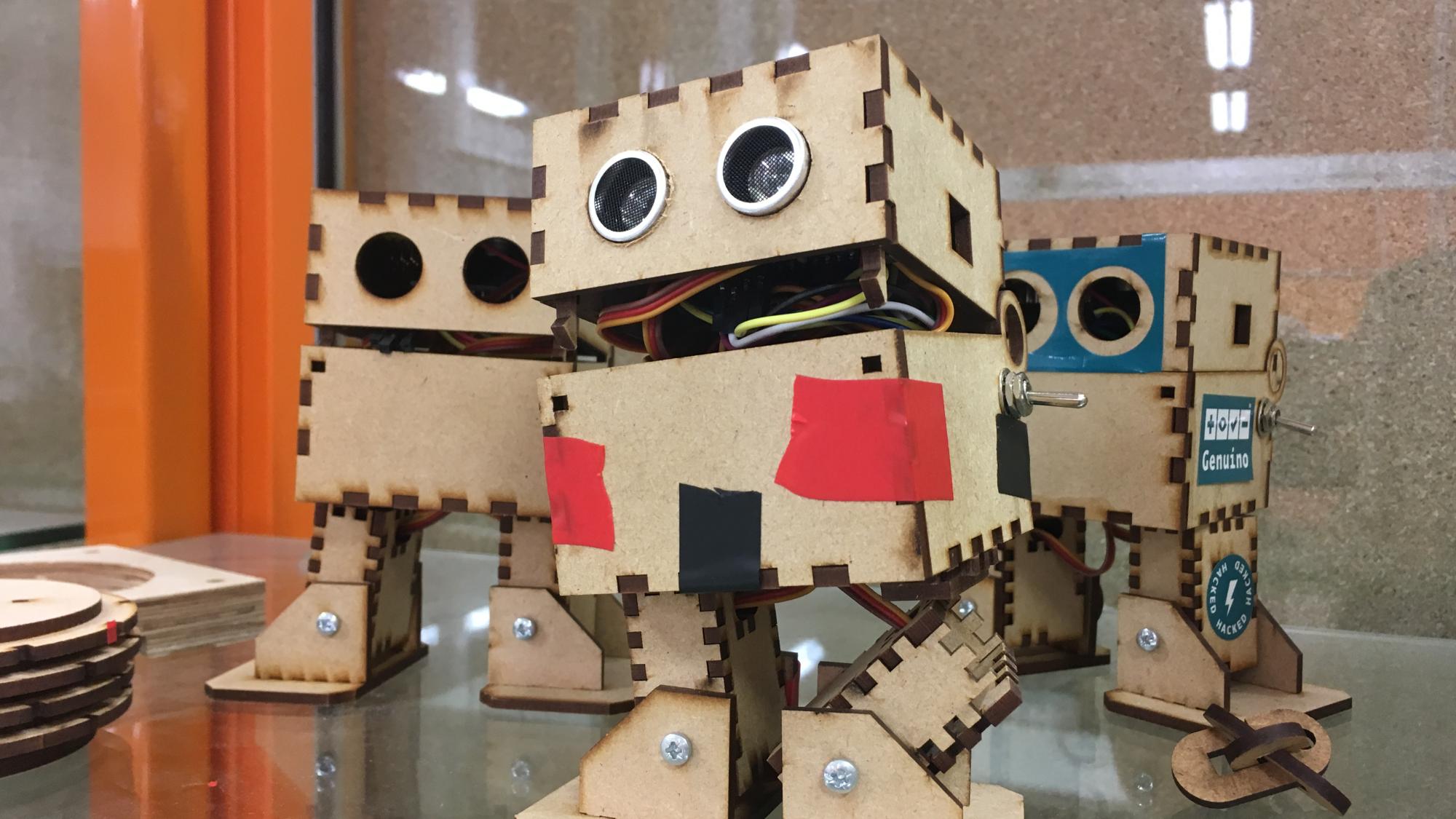 Boxes.py is an open source box generator written in Python. It is currently one of the most used online tools when fabricating different types of objects with a laser cutter. Boxes.py makes designing boxes and other types of objects easy due to its simplicity and versatility. The creator of Boxes.py, Florian Festi, gave a talk at the University of Oulu on the beginnings, contemporary ideas, and the future plans for his open source tool.

The story of Boxes.py began in 2012, when Florian Festi got his hands on a laser cutter. But why boxes? The initial idea to start fabricating boxes arose from a need, rather than an idea.

"We had a laser cutter and needed to use it for something. It was a new thing back then", Mr. Festi explains.

The first thought was to start making boxes, something that can be cut easily with a laser cutter. But this first need sparked another: a need for software to help with the design and fabrication process.

"I wanted a box generator for multiple styles of boxes", Mr. Festi continues.

This search for solutions to practical needs eventually lead to the process of creating Boxes.py, step by step.

Mr. Festi's philosophy behind the tool in the beginning was that it should be open source to make it easy to modify. Considerations about selectable material thickness, burn correction (Kerf), and flex cuts were also on his mind.

What started initially as a tool to help design and fabricate boxes, saw later developments that enabled the creation of other types of objects as well. Among these are objects such as shelves and robots.

Mr. Festi also showed a picture of a wine rack and mentioned a cocktail robot as things that have been fabricated in the past using Boxes.py, no doubt when the need for them arose.

Ten years later in 2022, the work on Boxes.py continues and Mr. Festi still has some ideas on what to work on. Current ideas, or needs as Mr. Festi puts it, have him working on wall generators, compliant mechanisms and a cryptic script calendar.

The community and the future of Boxes.py

Being an open source project, the community using the box generator plays an important role. The community is vast, comprising of members of Hackerspaces and FabLabs around the world, for instance. Along the years, Mr. Festi has gotten feedback and ideas from the community. The instructions for using his tool have been translated to different languages, like Chinese, by members of the community.

What more has the community contributed and what does Mr. Festi expect in this regard in the future?

"Still a lot if not all of the coding is done by me. The community has contributed a couple of generators. Realistically, you have to be ready to do most of the work in open source projects [yourself]. The community, or a lot of people, if they need something, they use it and might not publish or contribute back [to the community]."

About the future, Mr. Festi does have some ideas what will happen, or what he wants to have happen for Boxes.py.

"I have things I want to do but there are also limitations. I want to push it more to machines and machinery, to more snapfits, more bending."

In his closing remarks, Mr. Festi had a simple message to anyone interested in digital fabrication, laser cutting, and, of course, Boxes.py:

Boxes.py with designs, pictures, and more information can be found at the project's webpage.

Florian Festi graduated as Computer Scientist at University of Stuttgart in 2006. Since then he has been working as a software engineer at Red Hat. Between 2011 and 2014 he has been a member of "Mainframe" a hackerspace in Oldenburg, Germany. His experience in this hackerspace made him to develop Boxes.py. From 2014 he is member of the hackerspace "Backspace" in Bamber Germany.