Soon to be started PILCCU project will make the University of Oulu a part in the efforts of bringing us closer to a world, where local waste and carbon dioxide could be transformed from problems to solutions. The project aims to reach a full-scale pilot production of carbon capturing materials to be utilized in industrial applications. 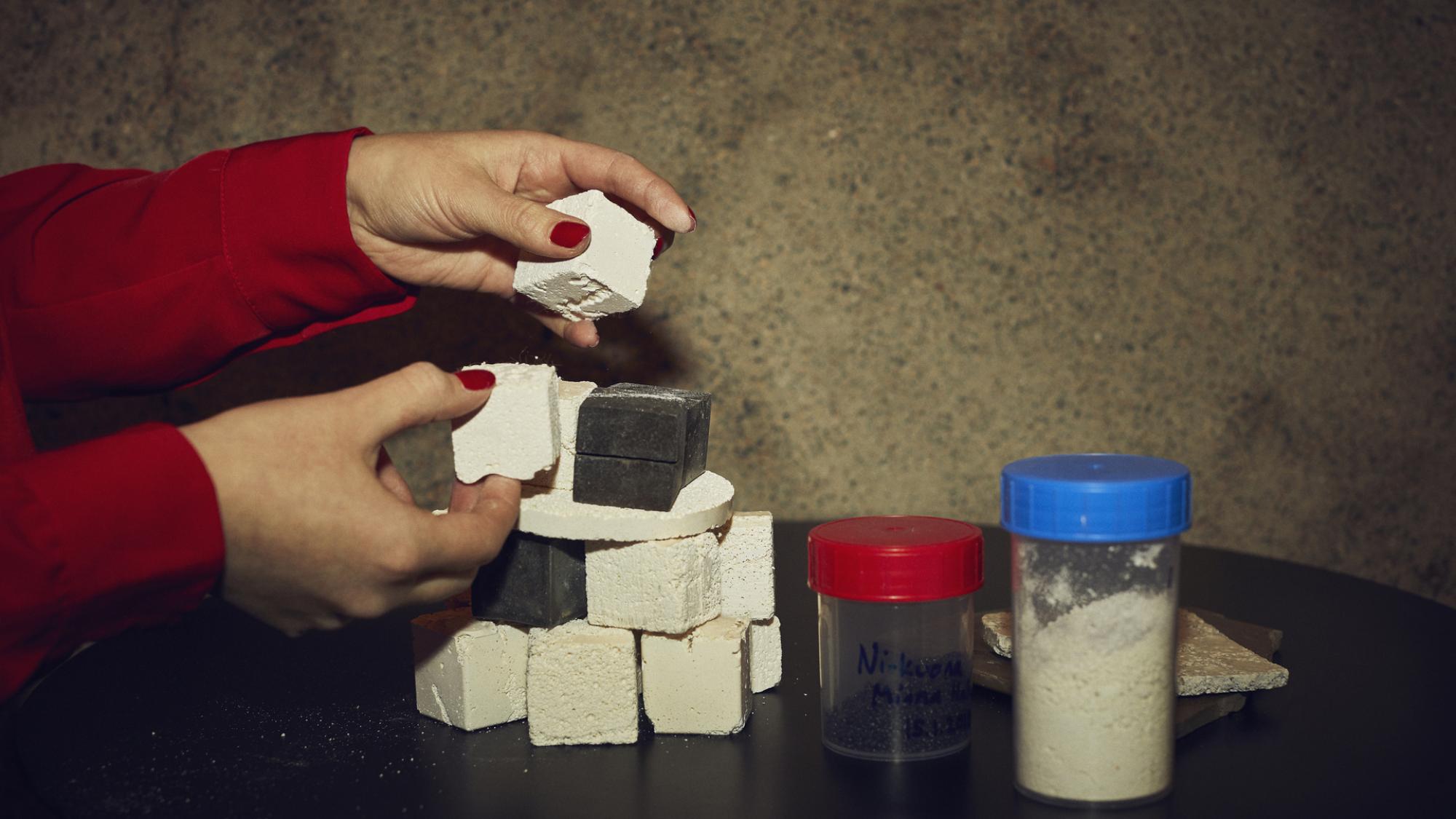 Mining industry produces yearly large amounts of mining waste such as mine tailings and waste rock, most of which has traditionally ended up on the landfills. Now operators in Finland as well as abroad are looking for different ways to utilize this mining waste. One of them is the PILCCU project funded by Business Finland, that aims to utilize mining waste in carbon capturing construction materials.

While other project partners focus on improving the processes used in different ways, University of Oulu’s part is to develop carbon capturing materials to be amenable for use in construction materials. First candidate for carbon capturing materials are plasterboard-like materials, where currently used virgin plaster will be replaced with mineral that has a carbon dioxide molecule bound in the crystal lattice. Thus, carbon dioxide is bound back to the mineral according to the natural cycle. Most of the Earth's carbon dioxide is by no means in the atmosphere but permanently bound to minerals, from which it is released only at very high temperatures. For example, the three constituents of limestone are calcium, oxygen, and carbon, from which carbon is only released as carbon dioxide at a temperature of about 700 degrees, including in the manufacture of cement and lime.

In the first phase of the project in 2024, the pilot will be carried out at the pilot plant of the University of Oulu's Mining School, which is the only one in the country to offer such opportunities. Successful result from the PILCCU project would open up possibilities for a large-scale adoption of buildings with net-negative carbon footprint. Carbon stored within the buildings would be stored there for hundreds of years or even permanently.
“If this type of building materials became cheaper than alternatives, large-scale carbon capture and storage would become reality merely by market forces”, says Associate Professor (Tenure Track) Päivö Kinnunen from the University of Oulu. This would be a real win-win scenario, turning local waste materials, in this case mine waste, and carbon dioxide into construction materials to build a more sustainable future.The PILCCU project is part of the Veturi ecosystem of Neste and led by Åbo Akademi. The project consists of a consortium of Finnish companies and research institutions. Neste is developing sustainable and globally scalable solutions to fuels and chemicals in Veturi, and as a part of these efforts they are also investigating possibilities for carbon capture and utilisation.
“This project is strongly linked to our efforts to reduce CO2 emissions at our Porvoo refinery in order to develop it the most sustainable refinery in Europe by 2030. For Neste, it is really important to study different alternatives with our partners and also ensure growth of expertise in Finland”, says Outi Ervasti, Vice President of Renewable Hydrogen at Neste.