Physicists control the dark side of quantum devices 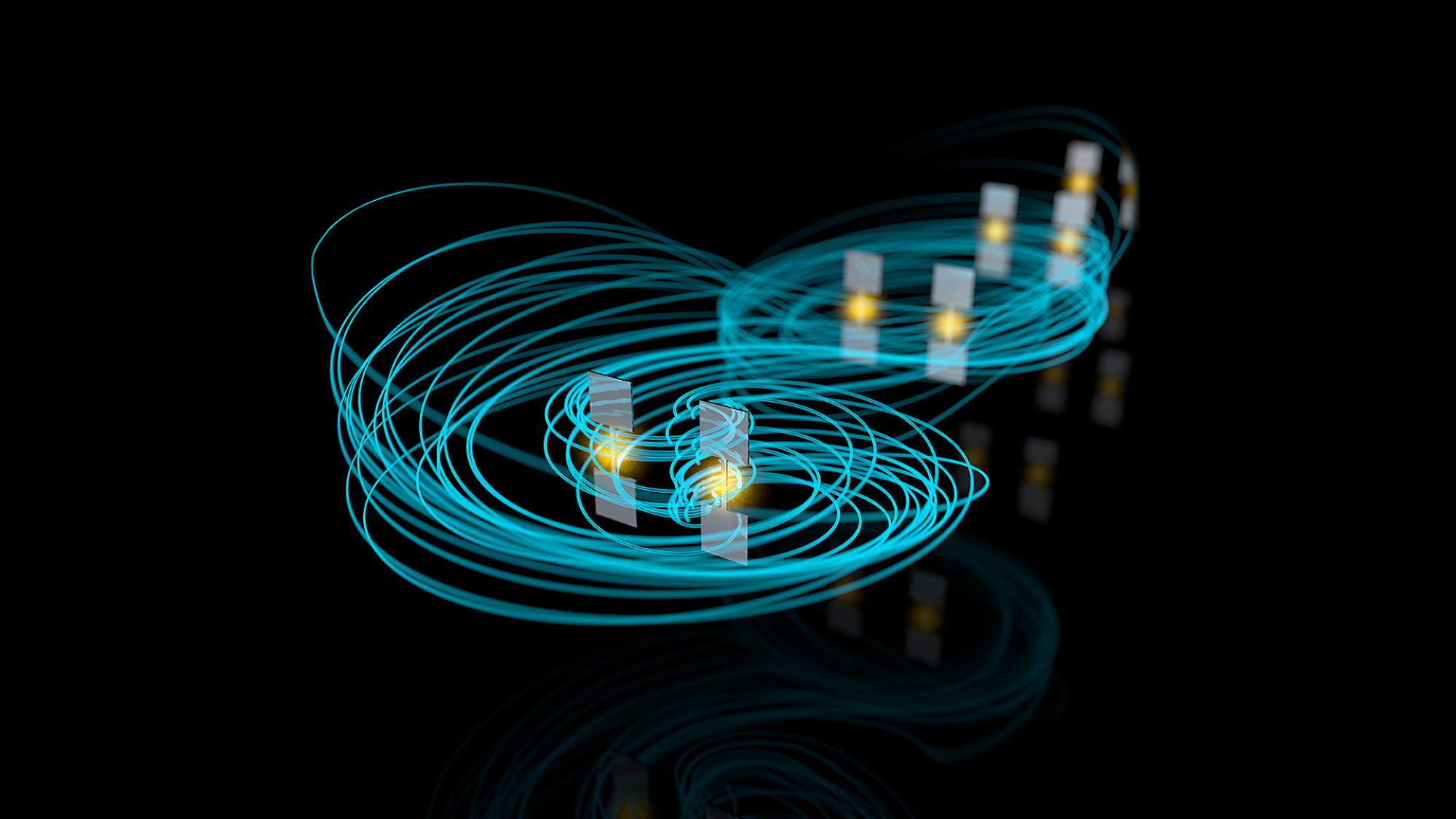 These states made by entangling several quantum devices stay protected 300 times longer than states in individual quantum devices and could be used, for example, in quantum simulations and quantum communication.

In Gerhard Kirchmair's laboratory at the University of Innsbruck superconducting quantum bits are coupled to waveguides. When several of these quantum bits are incorporated into the waveguide, they interact with each other, resulting in so-called dark and bright states. Bright states decay quickly. Dark states are long-lived. "These are entangled quantum states that are completely decoupled from the outside world", explains doctoral researcher Max Zanner, the first author of the paper. "They are invisible, so to speak, which is why they are called dark states."

The ability to control dark states is a particularly crucial step in developing quantum technologies. Mega corporations alongside well-funded start-ups and academic institutions are currently striving to develop quantum technologies. Building a universal quantum computer is seen as a major challenge for humankind. A well-functioning quantum computer is theoretically expected to be able solve certain computational challenges beyond the capabilities of current classical computers. For example, even small molecules, less than 20 atoms, is an impossibility for current computers when targeting exact complete quantum mechanical molecule modeling.

Similarly as with classical computers, quantum computers need quantum memories and information channels in addition to quantum processors. Waveguide technology is seen as an excellent candidate for short to mid-range quantum communication for example between two quantum processors in modular architectures. In the current published research, the research group succeeded in controlling dark states for the first time, which is a first step in building such quantum channels.

Quantum devices made of superconducting circuits are inherently systems of many energy levels, whose two lowest levels are typically operated as quantum bits, qubits. Often the higher levels are simple neglected. “From a theoretical point of view, the devices behaved not like two-level systems in this experiment. Instead, we had to consider the higher levels for accurate modeling”, says doctoral researcher Tuure Orell, University of Oulu, Nano and Molecular Research Unit, who was responsible for the theoretical and numerical computations of the article. “Furthermore, it seems that when the number of quantum devices and the strength of interactions increases the accuracy of the two-level models becomes even worse. This is an influential result for developing and modeling large quantum processors where the qubit number already now ranges from a few ten to hundred qubits.”

The published article is a result of fruitful international collaboration. The theoretical models and numerical results made in Oulu helped to understand the experimental results at Innsbruck, and vice versa. “Our project is an example case of scientific group work. Everyone played for the team, and the result is clearly a winning one!”, celebrates Academy of Finland Research Fellow Matti Silveri who led the theoretical work.