The Linnanmaa Campus and the Botanical Garden of the University of Oulu were swarming with people attending the fifth Researchers’ Night on Friday. The diverse programme attracted around 3,000 participants of all ages. 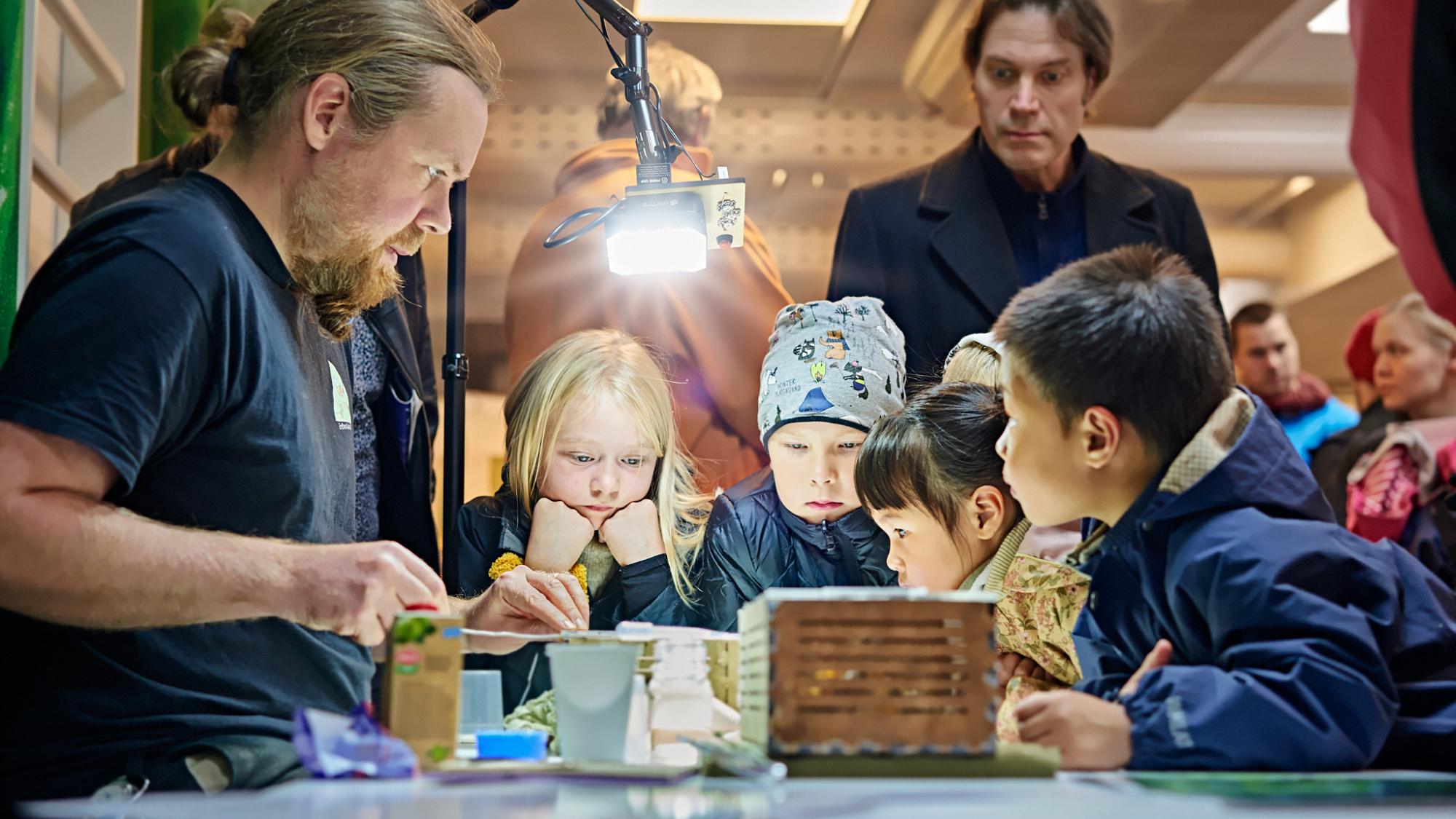 The Researchers’ Night is a multidisciplinary event for the whole family, introducing science and research through workshops, exhibitions and easy science shows. As many times before, a diverse programme of events was on offer, enabling participants to learn more about science by experimenting and trying their hand at things.

“This is an important event for our family. It was a shame it couldn’t be organised during the coronavirus pandemic. We really enjoyed being here again,” said a mother visiting the event.

Many workshops familiar from previous years were organised this time, as well, including Test a Formula Car, where you could sit at the wheel of a real formula car, and Entrepreneur Workshop for Children, where kids could set up their own company using chocolate coins as start-up funding.

New numbers included Could I Become a Doctor?, where both children and adults got to interview a real doctor – Professor Jouko Miettunen. His sword, in particular, was a source of numerous questions and great admiration. Energy from the Atom, a nuclear power plant simulator, was another new workshop that attracted especially adult visitors. It offered visitors the chance to test a programme used to train nuclear reactor operators.

According to Hannu and Matti, who had been to the workshop, the nuclear power plant simulator was interesting, because it showed how a nuclear reactor really works.

Other workshops that drew enthusiastic responses from visitors were the Magic of Chemistry and Robotics Workshop. Especially children said the two robots, James and Jeeves, who served juice and soda at the Robotics Workshop were the best part of the whole event.

The atmosphere at the Botanical Garden was also enthusiastic, and there were plenty of visitors. The bug academy, where visitors learned about live bumblebees, ants and deer flies, guided by researchers, was a favourite among families with children. The beehive also drew a long queue of people, not least because of the chance to sample the honey that the Garden’s bees had produced in different years.

Overall, the Researchers’ Night was described as being a diverse, fun and active event. The practical approach was also appreciated. One of the mothers present at the speech therapists’ stand got a phone number she could call to have her child’s speech impediment checked.

“People have been really positive. I think this was a very successful event, and our stand has been really busy,” said one of the team at MathsStop, with the others nodding in agreement.

In addition to the workshops and shows, visitors were interested in the university in general. For example, the animals and stones on display drew a lot of attention. People also had a look at the lecture halls.

The event culminated in a gig by Áilu Valle, a rap artist who performs in his native Northern Sámi language. The audience enthusiastically joined in, dancing to the music.

The Researchers’ Night is traditionally celebrated with various types of programme across Europe on the last Friday in September. This year, it was celebrated in Jyväskylä, Oulu and Tampere, for example. In Sodankylä, a related event was organised by Sodankylä Geophysical Observatory, which is part of the University of Oulu.