Simo Hosio: We need solutions that are useful and fun 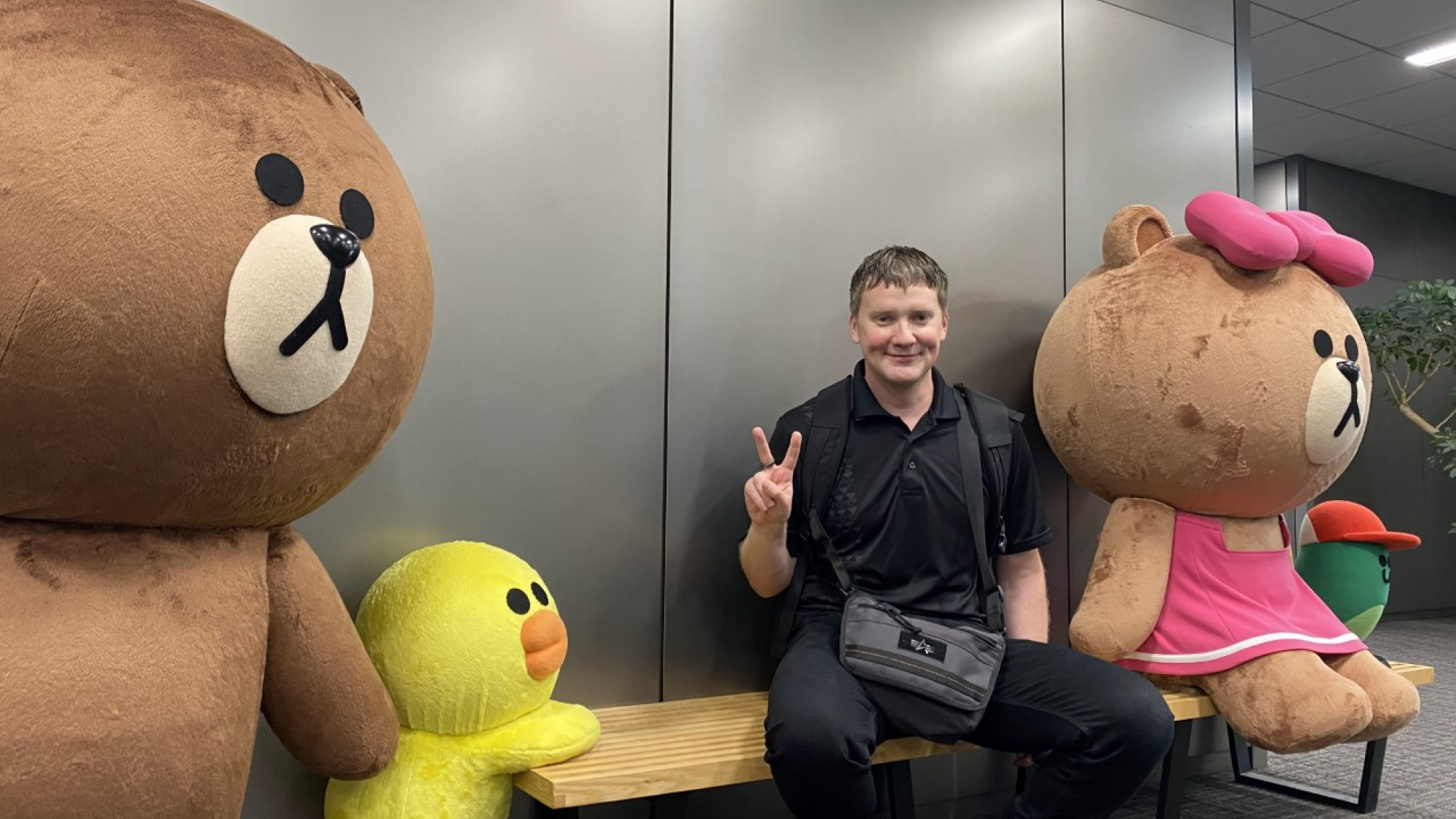 Simo Hosio is an associate professor (tenure track) in GenZ. He is also working at the UBICOMP (Center for Ubiquitous Computing). He is currently living in Tokyo, Japan, with his family of five.

From Oulu to Tokyo

Simo Hosio grew into academia at the University of Oulu. He studied computer science and engineering and as a student, began searching for summer jobs. Back then, the University would hire students as research assistants to do coding over the summer. Hosio was hired, he quickly got on with the job and was soon jumping from project to project. In 2009, he graduated with a Master’s in Science and Technology and decided to begin his post-graduate studies. After that, he continued as a postdoctoral researcher as is accustomed.

Fastforward 10 years, Hosio is currently living in Tokyo, Japan, with his family of five. He is a visiting scholar at the University of Tokyo. Under the GenZ project, he is also leading a research group, which consists of 15 people as of now. The team has two main research focuses: crowdsourcing and digital health.

From ubiquitous computing to crowdsourcing

Although Hosio has stayed in his original field, his research focus has changed over the years. At first, Hosio focused more on ubiquitous computing - building concrete solutions in people’s living environments. For example, Hosio was involved in a project building touch screens in the city center of Oulu. From then on, Hosio’s focus has shifted over to the Internet – and more specifically, to crowdsourcing.

In crowdsourcing, tens and thousands of people around the globe are recruited to complete a job collaboratively. Hosio emphasises that these people do not know each other but they are tasked to build solutions together. Their inherent collective intelligence is harnessed to problem solving.

Hosio says that he likes working with real people, and crowdsourcing enables him to do just that. Furthermore, crowdsourcing allows him to also maintain a certain distance to these people, because it is happening over the Internet.

“There is something magical about the way that crowdsourcing happens. By pressing a button, you recruit about a thousand people to the same project within a half an hour timeframe,” he adds.

Hosio and his team are working under the GenZ ‘co-creation’ cluster. The main starting point of that strategic profiling theme is that when designing innovative technologies, it is crucial to involve people from various backgrounds in the creation process, because better solutions are formed that way.

A quest for human-centric approaches

Hosio mentions that the most rewarding aspect of working in GenZ has been the ability to meet and network with other people. More specifically, Hosio points to the multidisciplinary nature of GenZ. Being able to glimpse at the other researchers’ worlds, as Hosio puts it, has been fascinating for him. According to Hosio, GenZ has overall been the driving force for multidisciplinary networking.

In terms of the core GenZ themes, Hosio thinks that GenZ is at the roots of all his work – understanding the effects of digitalisation on future generations is an unavoidable, ubiquitous theme.

From a more philosophical point of view, Hosio sees the value of GenZ in providing human-centric approaches to everyday challenges with technology.

Hosio identifies one core challenge in the modern world: the repertoire of endless choices. Trying to decide which digital service one ought to buy might take weeks. In addition to that, people may use several different communication channels which oblige them to be available 24/7. In short, the endless choices and the numerous different software cause people to feel restless.

It is no doubt that solutions to improve people’s mental health in the digital era are needed. In GenZ's terms, future solutions with human-centric approaches need to be developed.

To help people deal with restlessness, Hosio would like to use crowdsourcing as means of obtaining people’s collective views of mental health and insights into the ways to live more peaceful lives.

Making people change their behaviors often requires a certain social environment as well as the presence of a support group – an individual person’s orders to change behaviors are not sufficient to produce change.

Hosio thus suggests that crowdsourcing could very well be used to develop new behavioral patterns, which could be tested on support groups.

Hosio and his research group are already collaborating with the Oulu University Hospital regarding their research on digital health services. Their research in mental health and the development of chatbots, for example, relies on the psychological and psychiatric knowledge provided by the hospital.

In fact, Hosio was recently granted a researcher position by the Academy of Finland. Their goal is to build a data bank based on positive psychology, which consists of information on how people can improve their mental health. This five-year grant could very well enable Hosio to fulfil his long-term goal of promoting mental health using crowdsourcing.

Building solutions that are useful and fun

When asked about where he sees the future going, Hosio answers that solving the climate crisis will remain our number one priority as a society.

“But this question is easier to answer in terms of what I want to do with my own life. I want to build solutions that are useful and fun at the same time. In academia, we often relate to research with a deadly seriousness. But that cannot be it – life needs to be enjoyable also,” Hosio points out.

Hosio thinks that doing research of high quality, and at the same time, being not so serious with yourself are not mutually exclusive.

“Having an enjoyable life, building solutions that help other people to lead enjoyable lives as well, and doing research on the side – that would be my holy place,” Hosio explains.

“I want to develop solutions with people and for people – solutions that improve their lives. If research can be done on the side, then that's is even better,” Hosio adds.

Read about Co-creation in the GenZ white paper