Thora Herrmann’s research is a marriage between science and art

Last September, Thora Herrmann started as a professor in the Biodiverse Anthropocenes profiling programme of the University of Oulu. She became dedicated to cultural geography, her field of research, early on. “I became aware of the beauty and vulnerability of nature already at a young age”, Herrmann says. 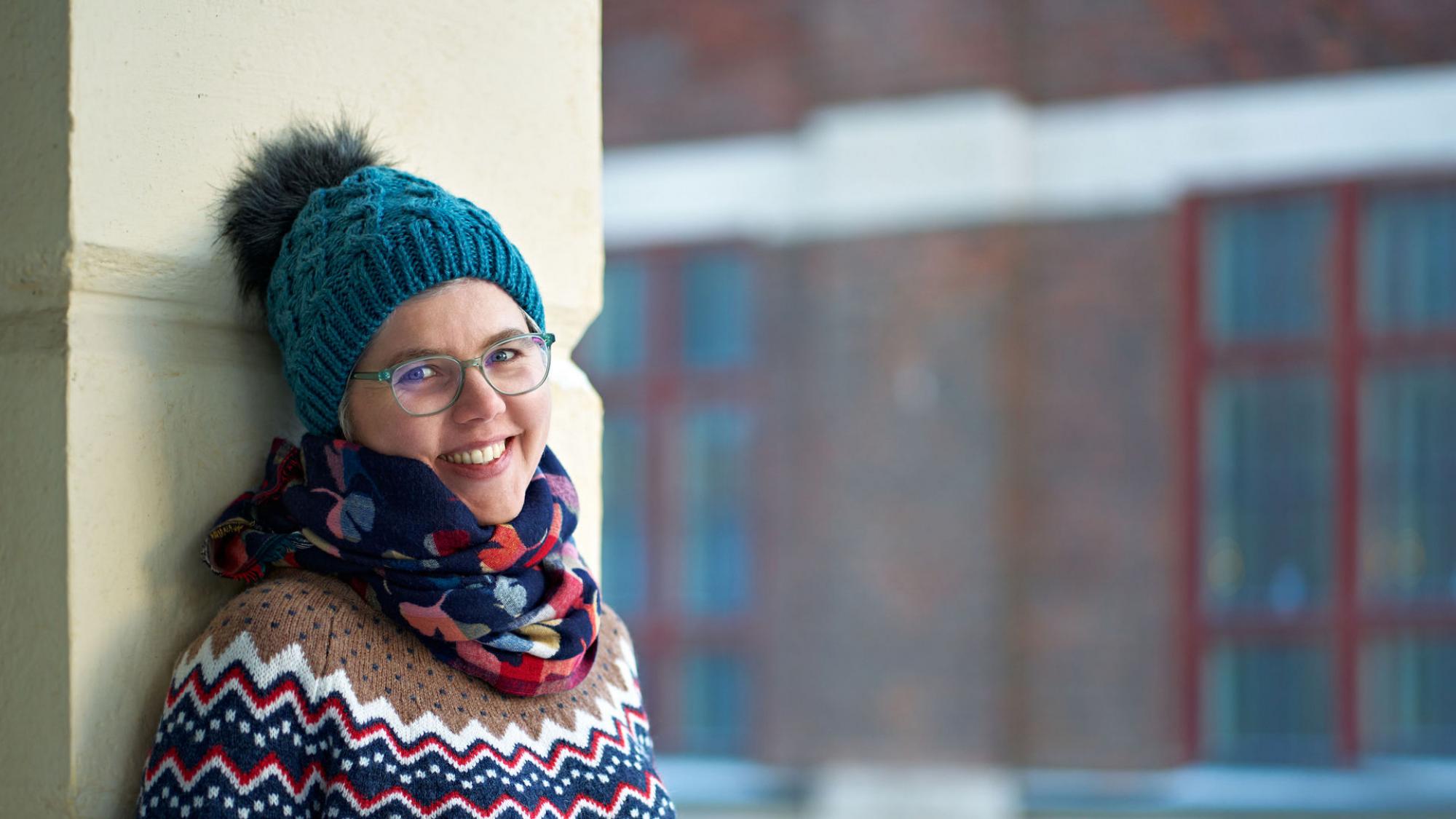 Professor Thora Herrmann is familiar with cold winters and the afternoon twilight in Linnanmaa, although her research has also taken her to many brighter and warmer parts of the world. She came to Oulu from Montreal, Canada. In addition to the familiar climate, there are a couple of other reasons why she found it easy to settle in Oulu.

“I was born in Halle (Saale), Germany, which is a twin town of Oulu. In addition, I spent a lot of time by the Baltic Sea in my childhood, so it has been nice to return to the coastal landscapes.”

For more than twenty years, Herrmann has been studying the effects of environmental change on animal and plant species, and the lifestyles, cultures, and traditions of Indigenous peoples in the Arctic region. The researcher is guided by geographical, ecological and socio-cultural dimensions when working with the protection of endangered species.

Herrmann finished her studies related to biodiversity and sustainable development at the Sorbonne University in France and she studied also art history in the German-French study programme. After her degree, Herrmann’s interest in the urgent and critical topic took her to the University of Oxford to complete a doctorate in geography.

In her doctoral dissertation, she studied the coniferous tree Araucaria araucana. For the Mapuche, an indigenous people of Chile, it is a sacred tree and important material not only for food, medicines, and tools, but also essential for their identity, culture, and lifestyle.

Herrmann considers it important that she has been able to conduct research with local communities and Indigenous peoples, such as the Mapuche, the Inuit and the Sámi, and to hear members of these communities in matters concerning them.

Thora Herrmann combines science and art in her research. She approaches her research topics through the well-being of both culture and the natural environment and uses the methods of visual arts, such as video, film and photographs.

An interdisciplinary community is a luxury

Herrmann strongly believes in the power of science, art and citizen science when it comes to making climate change and biodiversity loss visible to decision-makers and the general public. “This combination brings together researchers, citizens and politicians, and they can together consider ways to safeguard the living conditions and species on this planet”, she says.

She uses images to make her research topics visible, gives them a voice and is thus able to break the prevailing stereotypes. She has organised photographic exhibitions of her projects and is brimming with new ideas, such as how to use participatory video to give visibility to local peoples' own perspectives on the Arctic environment, and photographs created by different generations of local communities in the Arctic combined with peoples’ own stories to present the change in the tourism destinations of Lapland over decades and its impact on people and land, or how to use time lapse photography to demonstrate the impacts of climate change on the landscape.

In addition to citizen science, Herrmann has two other cornerstones in her scientific work: engaged research approach and encouraging people to participate. Together with her colleagues from the Indigenous Voices Group at The Arctic University of Norway (UiT), the Saami Council, and other European research institutions, she is currently preparing a roadmap for the EU Commission on how to make European research programmes more inclusive and the voice of the Sámi and other Indigenous peoples heard in funding processes.

Herrmann favours culturally sensitive, respectful, and inclusive cooperation in her research, which is why she became interested in the multidisciplinary and multicultural research community of the ANTS programme.

“ANTS creates the space in which social, cultural and artistic ways of conducting research drive me forward. Such an interdisciplinary community is a luxury for a researcher, and I strongly advocate this way of working.”