The University of Oulu’s Autonomous Low-Emission Swarm of Infra Construction Machinery project (SWARM) is dedicated to researching and developing remote and autonomic control systems for heavy construction equipment. Run by professor Rauno Heikkilä, SWARM entails testing the operation of a bulldozer, an excavator and a roller as an autonomous and unmanned work machine group. 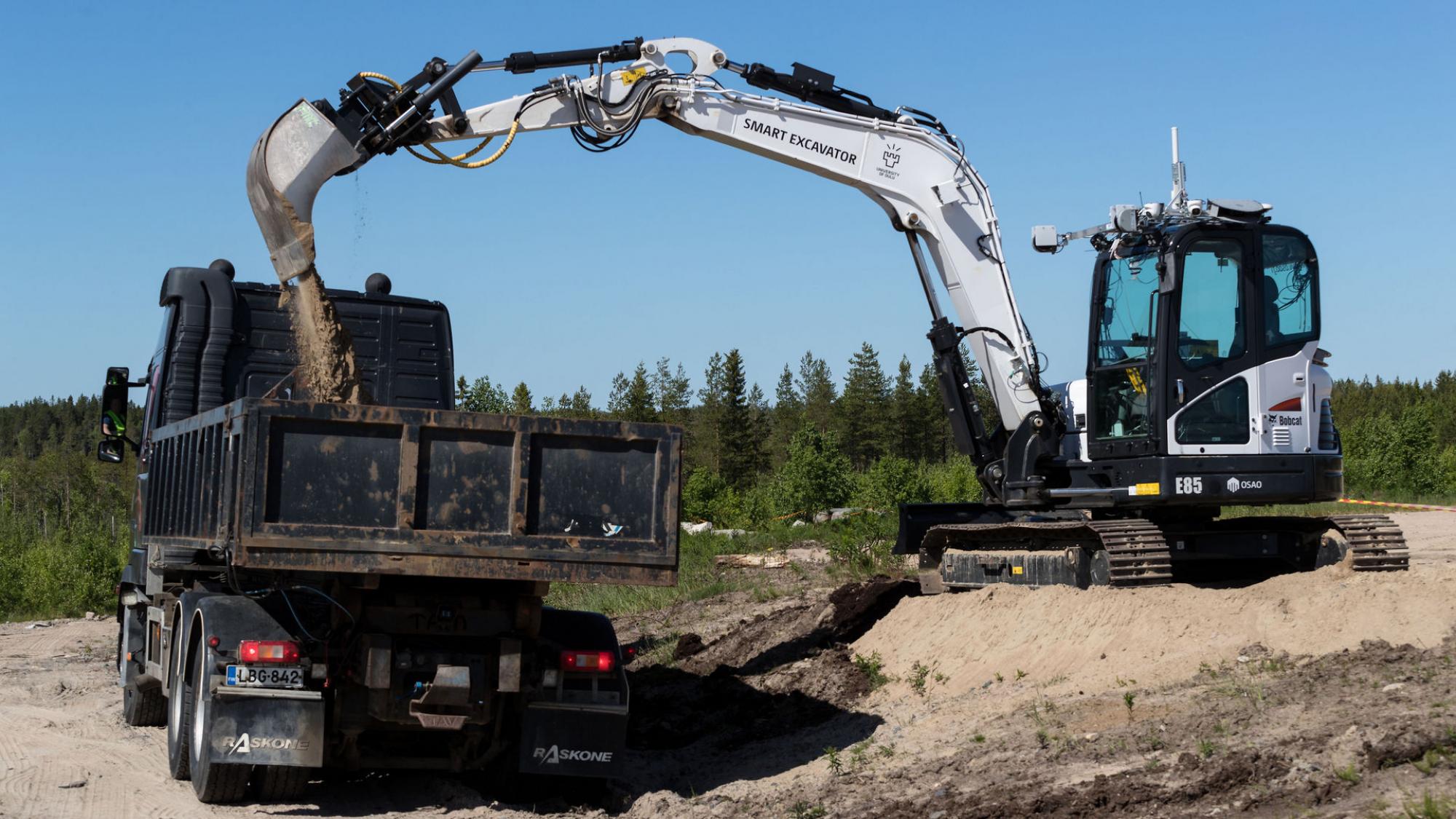 As of now, a smart excavator is working autonomously in the Oulu test site. Next steps are bringing in other machinery to the same system and creating, testing and developing the swarm.

The goal of the five million euro project is to develop automatics in different infrastructure construction equipment and also to utilise the solutions in the mining industry. Technological advances will increase efficiency and cut down emissions.

“There is a strong desire to go from fossil fuels to electricity in heavy equipment, too, which will dramatically reduce carbon emissions. In addition, computer-guided machinery can optimise its routes and avoid unnecessary travel, which is a big energy saver. A test showed that fuel expenses were slashed by 40 percent when machines moved slowly but still in time to where they were needed instead of rushing to wait,” says professor Rauno Heikkilä.

“A machine that has an accurate infrastructure building information model and utilises automation in executing it will be extremely precise. Such a machine will not move large masses around unnecessarily and this will lead to major improvements in efficiency. In large road construction projects the total time spent until completion has been observed to be up to eight months less than usual.  An autonomous machine can also move in terrain that is dangerous to humans, like in landslides or earthquake areas,” Heikkilä says.

The project entails building and testing remote-control systems for actual heavy equipment in a real-world setting on a plot of land approximately 35 kilometers outside of downtown Oulu. There are many industry partners in the project in addition to the University of Oulu, all bringing their expertise into the project. Nokia is providing a 5G test network for real-time data traffic, and the project includes also Novatron, Satel ja Destia sekä Noptel, Sisu, Sensible4, GIM Robotics ja Sandvik. In this stage the project’s budget is five million euros for 2022-2024, with the University of Oulu providing 1,3 million euros of the budget.

The Finnish infrastructure construction industry has made heavy investment lately in research and development that aims to bring automation to heavy construction equipment. This trend is also apparent around the world, like in Japan, where there are remote-control systems and autonomous machine guidance systems in use on actual construction sites already in addition to research. The University of Oulu is also involved in two other large collaborative projects in addition to SWARM: there are the 11,5 million euro Next Generation Mining and the five million euro Sustainable Digital Infra Construction projects, which are developing 5G solutions for the mining industry and developing sustainable digital infrastructure construction technology.

As of now, a smart excavator is working autonomously in the Oulu test site. Next steps are bringing in other machinery to the same system and creating, testing and developing the swarm.