A new study shows that flight periods of butterflies and moths tend to be longer and end later in urban than in rural environments. Experiments demonstrated that urban populations have evolved a response to seasonal day length variation that results in a later induction of the overwintering state, called diapause, in urban than in rural populations. A prolonged growing season in urban environments is a likely explanation for the observed evolutionary change in urban populations. 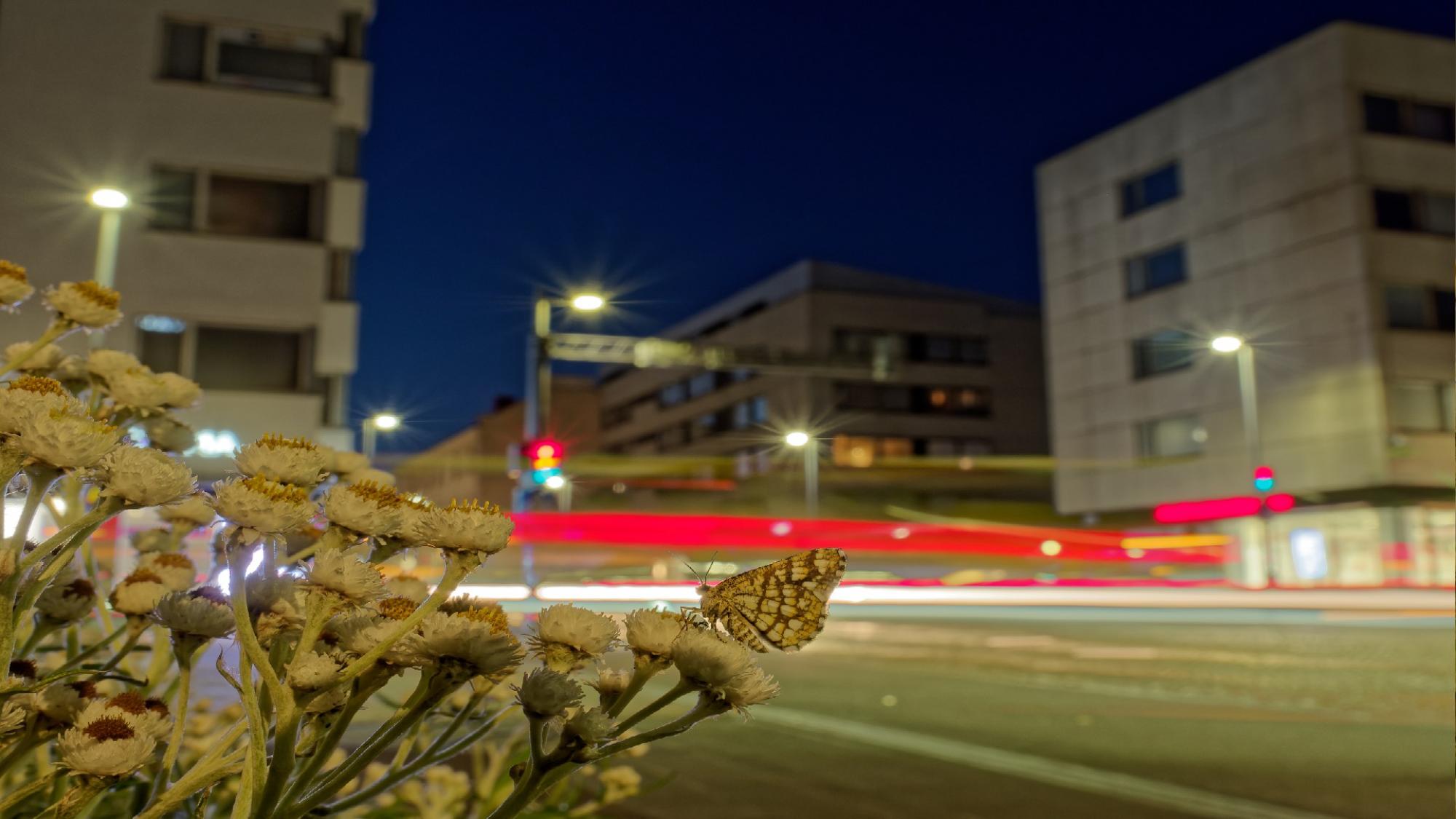 Cities tend to be warmer than surrounding rural areas, which extends the growing season in urban environments. On the other hand, intense light pollution in urban environments may mislead organisms that use day length as an indicator of seasonal change. Many insects, including Lepidoptera (butterflies and moths), can take advantage of longer growing seasons by producing extra generations, but they also rely on day length when determining the time for entering diapause. Thus, urban environments potentially promote the evolution of novel seasonal adaptations in insects.

Thomas Merckx, Matthew Nielsen and colleagues from the University of Oulu, Stockholm University, Lund University, Finnish Environment Institute (SYKE) and Natural Resources Institute Finland (LUKE) studied the Green-veined White butterfly Pieris napi and the Latticed Heath moth Chiasmia clathrata to address the influence of the urban environment on flight phenology. They examined long-term data from standardized monitoring schemes (Finnish butterfly monitoring in agricultural landscapes, Finnish nocturnal moth monitoring, and Swedish butterfly monitoring) and citizen-science observation portals (www.laji.fi, www.artportalen.se) from the three largest cities in Finland, the three largest cities in Sweden and rural areas surrounding each of these six cities. Flight periods of both species tended to be longer and ended later in urban than in rural environments. This suggests that diapause is induced later in the growing season in urban than in rural populations.

Laboratory experiments using individuals deriving from Helsinki, Stockholm and surrounding rural areas confirmed that the urban populations of both species have evolved different responses to day length compared to the surrounding rural populations. Diapause induction took place under shorter day lengths in urban than in rural populations, which results in later diapause induction in the urban populations under field conditions because days get shorter towards the autumn. This result is consistent with adaptation to the longer growing season caused by urban warming.