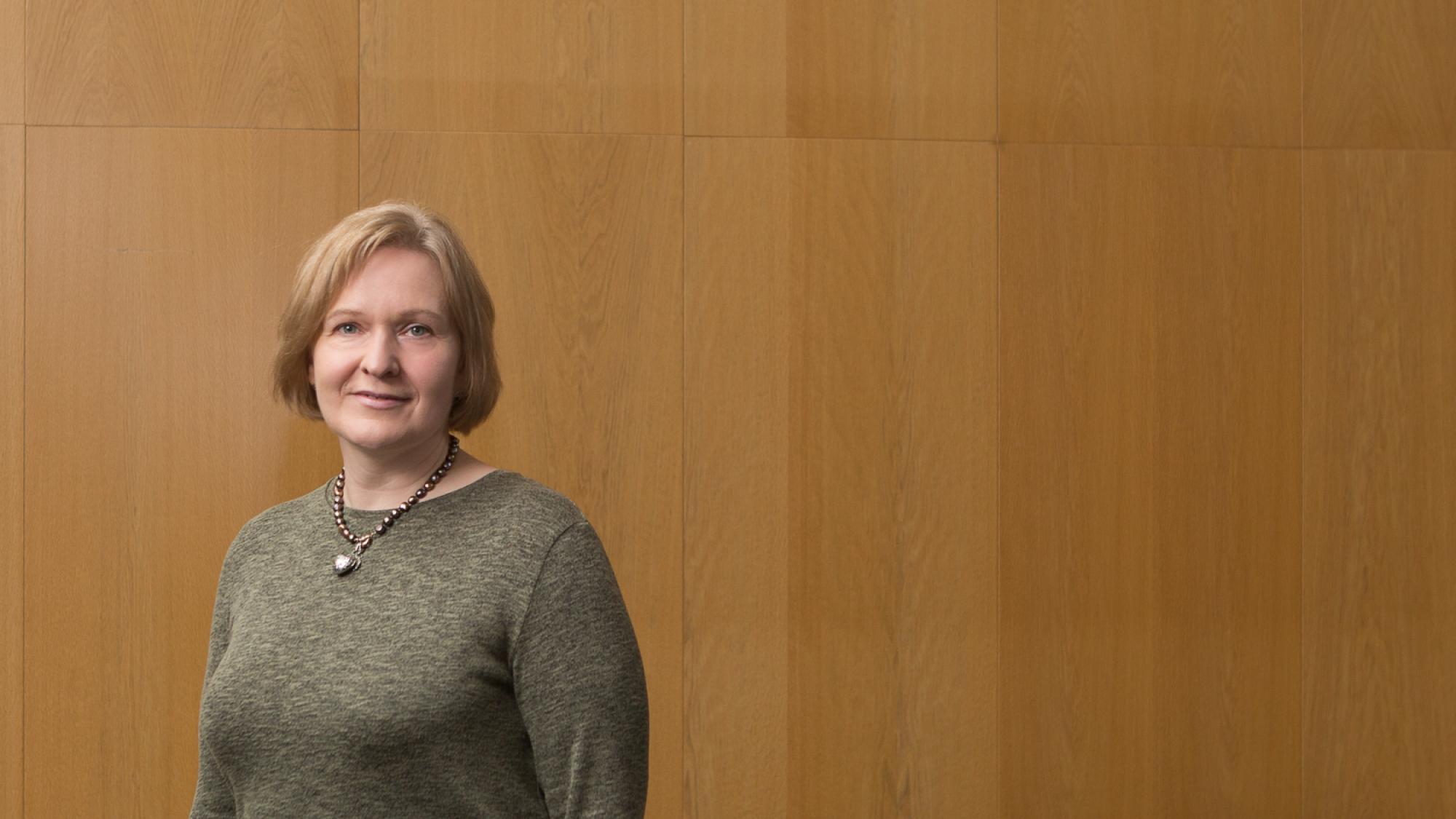 Minna Ruddock (PhD, Title of Docent) is a research director at the Faculty of Medicine, University of Oulu (UO) and director of the Arctic Biobank – University of Oulu. She leads the Research infrastructure for population studies that manages large data sets of the Northern Finland Birth Cohorts’ (NFBC) Research program for health and well-being.

She received her Ph.D. degree in 1996 in Prof. Karl Tryggvason’s research group at the UO. The research group characterized the genetic defect of the congenital nephrotic syndrome (NPHS1). Her post-doctoral period in 1998-2000 was at Thomas Jefferson University (Philadelphia, USA) in Dr. Jouni Uitto’s laboratory, where she studied transgenic mouse model of a blistering skin disease. In 2000 she joined the group of Prof. Leena Ala-Kokko at the Institute of Biomedicine (OU) and was introduced to the genetics of rare cartilage diseases. She received the title of docent in molecular genetics in 2007 and has supervised 11 doctoral theses (2007 - 2019).

She joined the NFBC studies in 2012 as a senior research fellow at the Institute of Health Sciences (UO) and was appointed as research director in 2015. She became director of the Arctic Biobank in 2020.

Arctic Biobank - University of Oulu was registered in April 2020: https://www.oulu.fi/en/northern-finland-birth-cohorts-and-arctic-biobank