An hour’s drive from Oulu takes one to the twin city of Haparanda and Tornio at the border of Finland and Sweden. Border crossing is so easy that it is over without much thought, let alone a stop. With similar ease the border point of three states, Finland, Sweden and Norway, welcomes one in the Arctic. Mountainous scenery catches the eye more than invisible border control. 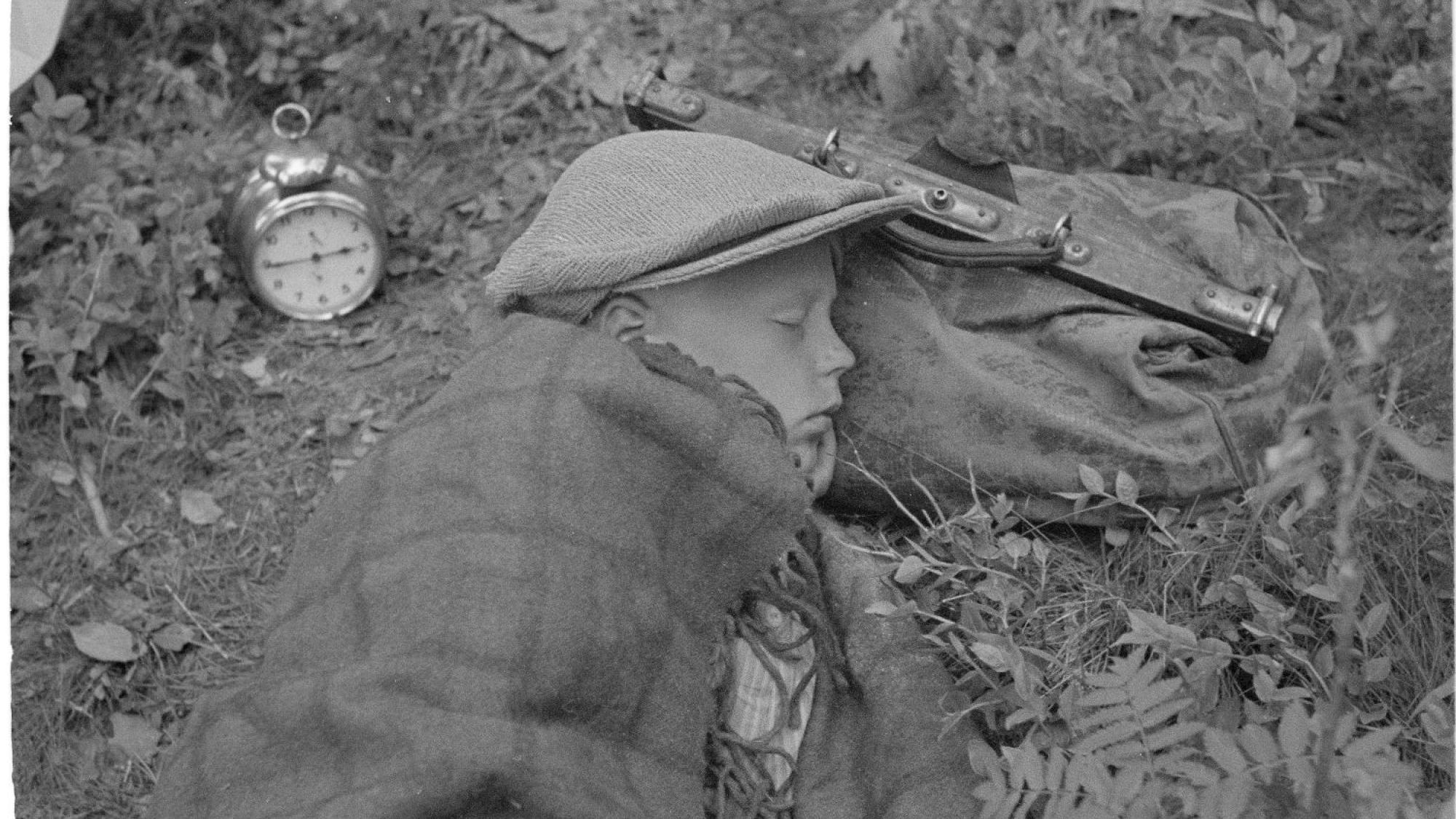 More than 430,000 Finns became permanently internally displaced at the end of the World War II. In addition, the entire population of Lapland, 100,000 people fled their homes. The Karelian boy was on his way to safety in August 1944. (SA-Kuva).

After the Second World War particularly states in the wealthy North depoliticized borders and aimed to make them invisible. The visa exemption in 1949 and free migration right in 1954 for the citizens of the Nordic countries are early examples of deconstructing border regimes. Free movement of citizens from one EU country to another is an example of post-Cold War development. Contrary to these privileges, the external border of EU is nowadays often considered a wall that shuts out immigrants particularly from the Global South.

Recently Covid-19 pandemic has reminded us of what it is like to be shut out. To cross the “world’s safest borders” between the Nordic countries one needed either two vaccinations or respective documents. Essentially, border control materializes the terms of who is eligible to enter and who is excluded. Individuals crossing state borders are managed with different categorizations and techniques, such as passports, visa, and international agreements on, for instance, who is a refugee (United Nations Refugee Convention of 1951).

Another recent example of border control in the North faced the asylum seekers of 2015. The twin city border checkpoint was re-politicized in overnight as Finland established a center for registering the migrants. Similarly, piles of bicycles and cars left in the snow in the Russian side of the border to Finland and Norway symbolized how border control can be used in international power politics. For the people on the move, they signaled how hazardous and random the world dominated by tension between state sovereignty and international cooperation ultimately is.

It is realistic to anticipate that climate change will increase the number of people who are forced to leave their homes as living conditions turn harder and couple with societal instability and poverty. The Finnish state borders have witnessed similar regimes not that long ago. In early 1922, the hitherto biggest group of refugees entered Finland via the eastern border when the ca. 12,000 East Karelians escaped the Bolshevik rule after an uprising. They joined the more than 20,000 refugees in Finland then already. In 1944–1948, the immediate post-Second World War years, thousands of people fled Finland and sought refuge in Sweden. Put in larger scale, they belong to the 60 million displaced people in Europe during and after the world war. Ingrians, East Karelians and Balts who were in Finland for different reasons crossed the state border in the Bothnian Gulf or in the Tornio River – in secret and illegally. Particularly the sea route in small boats was dangerous, and expensive, as were border crossings by other means further north. There are always people who profit from others’ dire straits – just as there are those who lend a hand for humanitarian reasons.

Researchers have pointed out that categories such as refugee, migrant, and asylum seeker do not recognize the political, social, and economic factors that push people on the move, nor do they correspond to the individual experiences. Trying to manage in the web of immigration regimes, aid systems, exploitation, government bureaucracy, transnational realities, and uncertainty the displaced people should not be objectified as an anomaly, as something that needs to be “normalized” into citizens of a state. This serves the “national order of things”, as anthropologist Liisa Malkki has described the aims to control mobility, residence, behavior, and employment and to minimize costs. It is realistic to anticipate that climate change will increase the number of people who are forced to leave their homes as living conditions turn harder and couple with societal instability and poverty.

When discussing Finnish migration to North America in the early 20th century or to Sweden in the 1960s we tend to understand that people left Finland to seek better life. Those trying to immigrate to Finland are mostly seen as a threat (unless they are white and educated). The questions we need to ask are: Is not mobility just as human as immobility? How and why are categorizations developed? How they mold our understanding of who is welcome and deserving?

Crawley, Heaven & Skleparis, Dimitris (2018) Refugees, migrants, neither, both. Categorical fetishism and the politics of bounding in Europe’s ’migration crisis’. Journal of Ethnic and Migration Studies 1:44 (2018), 48–64.

The blog post is part of a series of blogs relating to multidisciplinary Arctic research at the University of Oulu. The next writer is Professor Eija Tanskanen, Director of Sodankylä Geophysical Observatory.

Seija Jalagin is a Senior Lecturer of History at the Research Unit of History, Culture and Communications. She is specialized in gender history and transnational history. Her current research focuses on forced migration in the 20th century.