Letter from Jarkko Saarinen to Adolf Erik Nordenskiöld: "All is not well Adolf"

Greetings from your native country where snowless and slush covered early winter sceneries are becoming increasingly typical. Please allow me to call you by your first name despite your noble lineage. 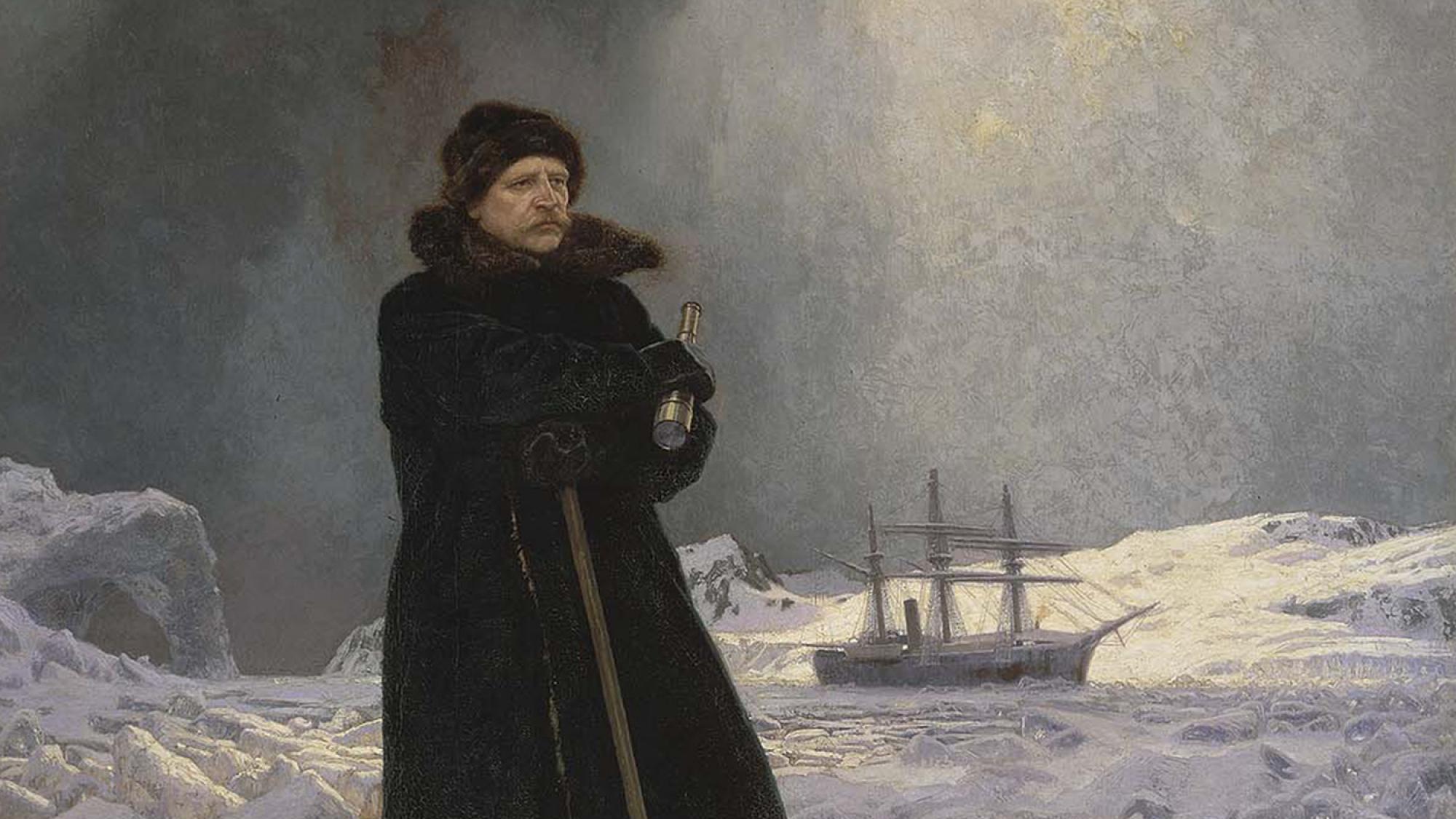 The last time I have spoken about you and your endeavours was in Moscow in 2015. On that occasion, the Russian Geographical Society celebrated its 170th anniversary, and a small-scale exhibition describing the history and activities of the Society had been relocated to the premises of the Ritz-Carlton Hotel near the Kremlin. The exhibition and dinner were hosted by Russia’s Minister of Defence Sergei Shoigu, who is also the President of the Society. Perhaps this would not trouble you, since the first presidents of the Society and your contemporaries were grand dukes and, thus, representatives of administrative and political power.

As you well know, the Russian Geographical Society has, from the very beginning, strived to promote expeditions and devotion to geography, for example in the fields of oceanology and ethnography. After all, you yourself received the society’s highest Constantine Medal in 1878 for your expeditions in the Arctic and Siberian coast. Thus, I was not at all surprised to see your picture and some of the maps you prepared on display in the exhibition held in Moscow, where you were presented as a great Russian explorer. I asked the curator presenting the exhibition, if Professor Nordenskiöld was indeed a Russian researcher and explorer. The answer was brief: “Of course.”

In the year preceding this short discussion in Moscow, I spoke about you on the premises of the US National Science Foundation in Arlington, where our international panel evaluated multidisciplinary Arctic research projects for international governmental funding agencies. One of the funding applications concerned assessing the seafaring conditions and future of the Northeast Passage. It made reference to a Swedish research pioneer of the field: you.

So, a Finn, Russian or Swede? Or all of the above? Although the creation of nations and national identities tend to involve gore and inebriation, I believe that you, as a cosmopolite, would not have paid as much attention to nationality as some of the authors who have written about your career and life have done. Despite the fact that in the 1857 conferment ceremony of the Alexander University, the current University of Helsinki, you raised a toast as Ultimus Doctordoubting Finland’s position and future as part of Russian Empire in high voice while wishing for closer relations with Sweden. And when you, being a Finn, refused to offer an apology to the authorities of your home country, you were exiled to Sweden. There, your academic career and expeditions sailed before the wind. Already the following year, you were appointed as a professor and you made your first expedition to Spitsbergen.

The fact that nations are now appropriating you says a lot about their appreciation of you and your accomplishments. You are undoubtedly the most famous explorer – let us say – of Finnish origin. Unlike other contemporaries and many later explorers, you were also a scholar to be taken seriously. You received your scientific education in Helsinki. At first, you focused on the natural sciences and, in particular, in mineralogy and geology. Later on, you became interested, among other things, in natural history, palaeobotany, geography, zoology, ethnology and the history of cartography. You were a true Renaissance scholar, who got easily excited about new things and looking into their connections. You were not afraid to take a stand and theorise. The current pursuit of excellence in research based on a narrow specialisation would be harshly condemned by you. On the other hand, you were ahead of your time in funding research. You acquired funding for your expeditions and fieldwork from sponsors outside the university. Like the present-day researchers, you were also a productive publisher. After all, your publication record includes almost 200 titles.

You would be surprised if you knew that the collection of maps and geographic works you collected is one of the most important sources of information for humanity according to UNESCO. Or maybe the value of the collection was self-evident to you already then. Either way, your collection, including the 24,000 maps that you acquired with great effort and money, is now held in the library of the University of Helsinki, where it was purchased from Sweden immediately after your death. The university received the funds for the purchase from the Russian Emperor Nicholas II. Swedish, Finnish or Russian – it makes no difference. Prominent researchers have always been mobile and internationally networked.

You are considered to be an explorer meeting the most demanding international standards; after all, you were the first to sail from Northern Norway to the Bering Strait, via the Northeast Passage from Europe to Asia. Three hundred years past in attempts to sail the Passage, including names such as James Cook. But you did it! I understand that the journey and arranging its funding were not easy, and when you were just about to reach the Bearing Strait with your SS Vega once the summer of 1878 had ended, you got stuck on ice for 10 months, just two days away from the ice-free strait! In modern lingo, one could assume that such a turn of events would have ‘eaten you up’, but you were prepared for this possibility as well. No one, except for the people onboard the ship and the local Chukchi, knew of your fate.

When you finally reached Yokohama in Japan via the Bering Strait, you telegraphed your wife Anna “All well. Adolf”.

What people do not know about you, although they definitely should, is your active and progressive way of thinking about nature conservation. Already in 1880, you proposed the foundation of national parks in the Nordic countries, only eight years after the world’s first national park was founded in Yellowstone in the United States of America. Your proposal, which included a great concern over the increasing intrusion of human activities to all corners of the world and the disappearance of the last wilderness areas, has been compared with the thoughts and works of the Americans George Perkins Marsh and Aldo Leopold.

You were concerned about what sort of nature, if any, we will leave for future generations to experience. Oh, if you only knew the current rate of biodiversity loss and the ongoing sixth mass extinction of species. Let alone the human-caused climate crisis. If you were to travel the Northeast Passage now and you were to see the vanishing ice cover, the environmental disasters along the Siberia coast, the state of the indigenous people and their narrowing living possibilities, I suspect that you would not text "All well" to your wife.

All is not well Adolf, especially not in the Arctic region you loved, where the effects of climate change are expected to become the most severe. For a long time, the Arctic has warmed more than twice as fast as the rest of the world on average. However, I believe that you would not surrender to a state of hopelessness or deny the existence of the problem. And unlike so many other middle-aged or older men, you would not be cynical in the face of the radical change needs and the demands of carbon neutrality linked to our current way of life and you would not have a patronising attitude towards the school strike for the climate that emerged from your new home country by a young fellow citizen. Instead, you would set sail together with the gretathunbergies of this world in search of a passage towards a more sustainable new world. Your inexhaustible enthusiasm, unyielding ability to solve problems and sense of responsibility over your contemporaries and future generations is something that this world desperately needs.

Jarkko Saarinen is a Professor of Geography at the University of Oulu. His research focuses on the relations between tourism, development and localities, nature politics and sustainable development issues in the Arctic region and the Global South.