In academia, we are encouraged to inter-, multi- or transdisciplinary research collaboration. But what does that really mean? Although there is a consensus about the need to apply these practices, there is no agreement over definitions, and they are used interchangeably. 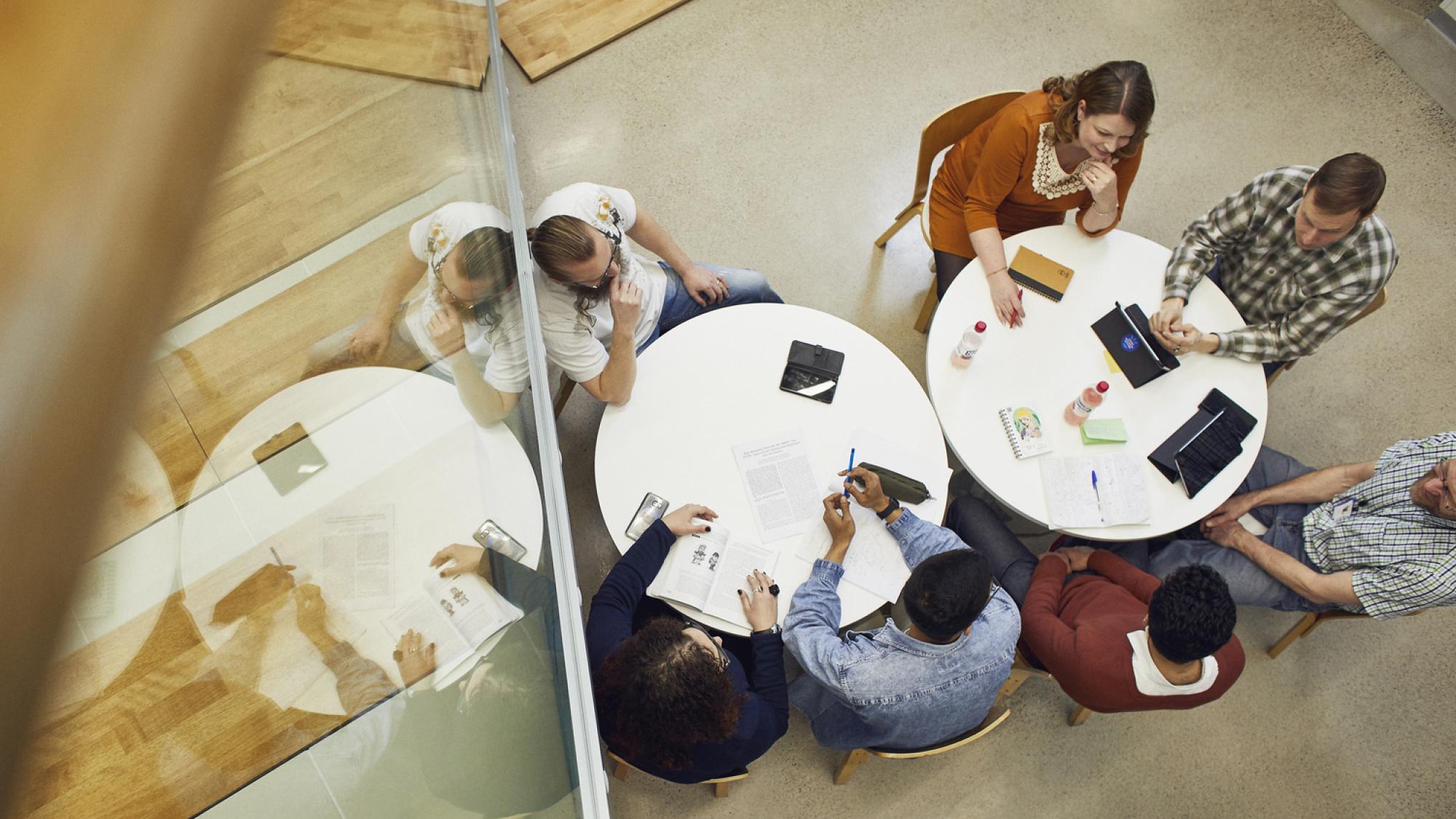 Since 2012, we have participated in the PrevMetSyn project, that one could call not only multidisciplinary but also inter- or even transdisciplinary. Especially our common aim towards supporting better life habits and eating behaviours through a service, developed in collaboration, could have reached the idea of transdisciplinarity.

In this blog text we want to introduce the PrevMetSyn project and especially the lessons learned from our collaboration.

The aim of PrevMetSyn was to combine expertise and knowledge of researchers for increasing wellness and helping individuals in their weight loss. In the project different kind of approaches and combinations for this were tested and a web-based service was developed. How to most comprehensively consider those who would benefit from this kind of service? How to provide them support and information that would help them to maintain their good health related behaviours and to change behaviours that are not so good.

The project was led by the research group of Professor Markku Savolainen from the Faculty of Medicine (Internal medicine) but there were also researchers from other faculties of the University of Oulu, Faculty of Information Technology and Electrical Engineering and Faculty of Humanities. Furthermore, researchers from the Finnish Institute of Occupational Health and experts from the Oulu University Hospital were involved in carrying out the study.

In PrevMetSyn, 560 individuals living in Oulu area were recruited and they formed a population-based sample for our research. In addition to being overweight, the participants had at least one risk factor of metabolic syndrome (MetSyn). The metabolic syndrome is a cluster of conditions that occur together, increasing risk of heart disease and type 2 diabetes. These conditions include increased blood pressure, high blood sugar, and abnormal cholesterol or triglyceride levels.

In the project six different counselling groups were formed with Web-based lifestyle guidance program called ONNIKKA, meaning bus in dialect, included in three groups. Results after first and second years confirmed that ONNIKKA was improving the success in weight management.

Our core team was small, but at the beginning there was a larger group of researchers participating the planning and brainstorming process. Later, when the idea of ONNIKKA began to crystallize, we started to use a development process reminding agile development – the programmer, nutritional therapists and the project coordinator were working side by side and the nutritional therapists were also the content providers. In parallel to nutritional therapy, we had also the cognitive behavioral psychotherapy as a framework. Moreover, content, aiming at providing participant competencies to comprehend and evaluate health information (i.e., health information literacy contents) were developed by researchers from Information Studies and integrated into the service. The content integration, and its development according to a model of persuasive systems design, required daily and weekly discussions and bidirectional learning of the experts and testing after each checkpoint was achieved.

Below we present important lessons that we have learned during this project and that might help you in creating great multi-, inter- or even transdisciplinary research projects.

Get to know each other

In the beginning of the project, you should learn to know each other. Take time and try to find common goals. Aim to reach understanding on what motivates researchers coming from different fields to tackle problems relating to a certain research theme. Try to see the theme from the other person's perspective and to understand their viewpoints accurately.

In our case, we realized already quite soon, that we have a common goal: how to change eating behavior of overweight people so that it can result in lower weight. How can we help these people in their struggle to maintain and reach better health?

Don’t assume and guess. Misunderstandings are common, but resolvable through communication. If you don’t understand, ask. Be brave enough to ask also “stupid” questions! In the beginning, it is not a bad thing to be unaware of what is possible and what is not. Other researchers have knowledge on things that you don’t. Embrace it! This also connects to things mentioned earlier: if you know each other, it it much easier to ask all kinds of questions, also those very basic ones.

In the beginning, all the researchers of the project were involved in thinking and planning, what should and could be studied and how. However, eventually, after agreement of the major goals and aims, the final project plan needs to be developed in a smaller group as this helps in focusing. In PrevMetSyn, we did not have major changes among the main group of researchers – it was easier to communicate and collaborate along the project.

Eventually, time is a more critical issue than money

When starting the collaboration, one should use as much time as possible for getting to know each other to build the basis for the collaboration, but like in most of the projects, time is not a renewable resource. Therefore, after the planning period, when the project includes service design, the first version of the software should be available quickly. It can be used as a basis for discussion and developing the service further – what is good, what should be changed. In our case that required the use of agile development. Many things can be done together also later in the process, such as data collection, data analysis or at least combining the results and that can save you time.

When educating future experts, we think that it is important to focus and learn deeply on the traditions, theories and methodologies that relate to a specific discipline. But we should also teach our students to think further, to see the phenomena from a brader perspective.

At these very exceptional times, as we are forced to stay home, we might have more space to think. To let our mind flow and wander. Hopefully this will bring you ideas on new research topics, some that could end up into multidisciplinary research projects. By yourself or with colleagues. Already familiar ones or maybe with someone totally new.

But what about ONNIKKA? What happens to it now? Web-based ONNIKKA lifestyle guidance program, developed in the PrevMetSyn project, continues its work in making people’s life better by preventing heart diseases. It is used in the international CoroPrevention research project, where the aim is, nothing less but to create a new kind of preventive treatment path that emphasises lifestyle changes and will be included in European clinical practice guidelines for chronic diseases.

For ONNIKKA we wish smooth and powerful rides and for you, dear reader, a good journey towards multi-, inter- or even transdisciplinary research!