A change influencer. A future visionary. A curious protector of the environment. All of these apply to the University of Oulu Alumn of the Year, Kaisa Hietala, 50, who was recently appointed to the board of Exxon Mobile, one of the world’s largest oil companies. She is tasked to steer the oil sector towards renewable energy sources. 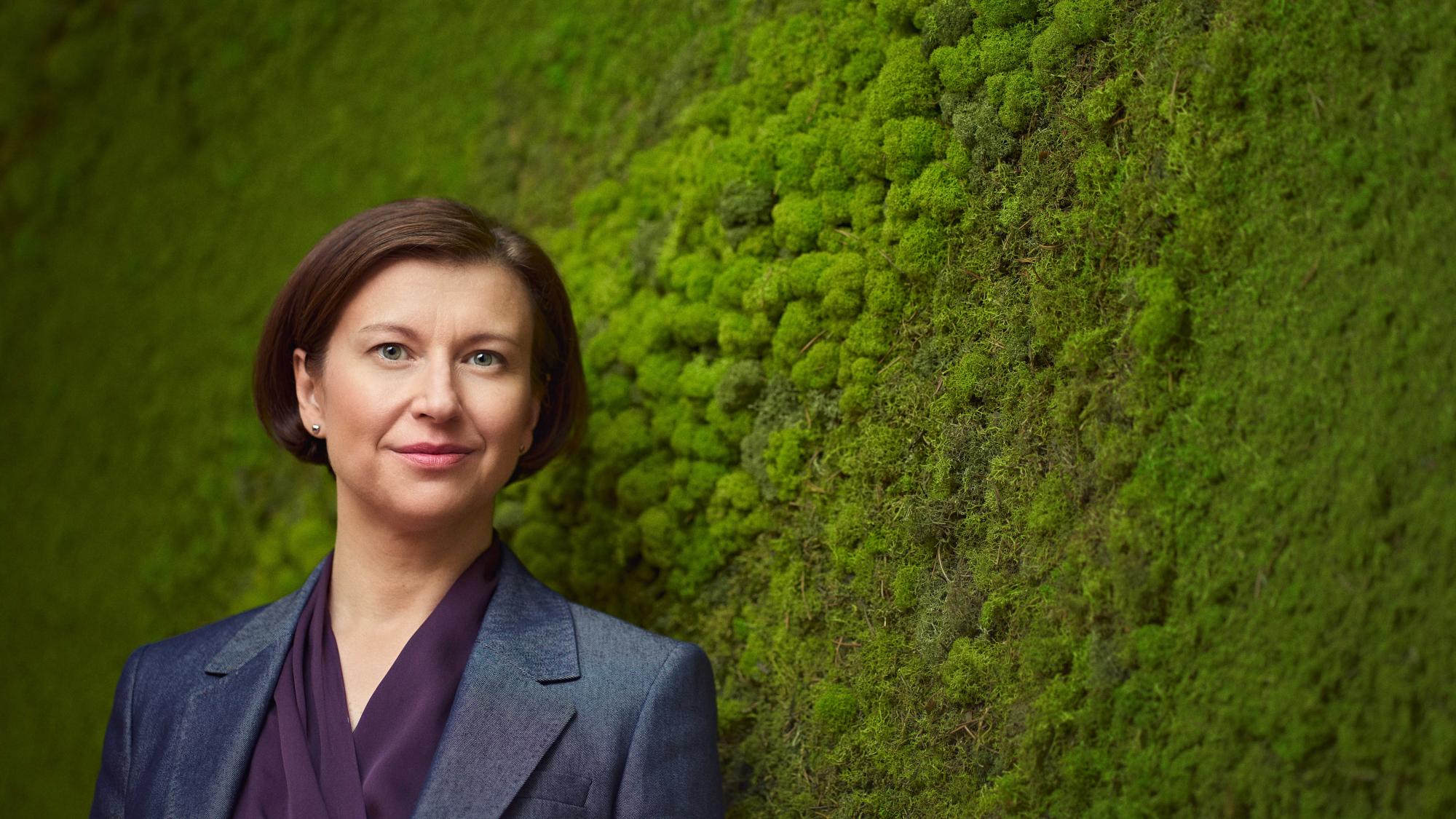 Alumn of the Year 2021 Kaisa Hietala

Kaisa Hietala studied Geophysics at the University of Oulu in 1991–1995. She was already interested in environmental issues at the time.

“The Rio de Janeiro Earth Summit took place in 1992, and the Kyoto Protocol was signed in 1997. The University of Oulu introduced Environmental Sciences as a new area of study, and I think I was among the first students to participate in it. There was quite an awareness of the oil industry’s impacts on climate change already at the time. After graduating as a Master of Science, I continued my studies in Cambridge where I studied environmental and polar sciences. I was very close to starting doctoral studies, but my desire to understand the business world got the better of me. I returned to Finland and applied for a job at the oil company Neste,” Hietala recounts.

In 1998, Hietala started at Neste as Environmental Coordinator of the Oil Drilling Unit. It did not take long until she found herself absorbed in the newly started career.

“I started to examine the value chain as a whole: what is sold to the customer, and what drives the company’s result. I worked in various departments until I was presented with the opportunity to start building the renewables business. In the end, I headed the business area for a total of five years.”

Hietala’s current duties, too, have a strong connection to renewable energy, climate change and the circular economy. When the owners of Exxon Mobile demanded new expertise for the company’s board of directors, Hietala submitted an application.

“The procedure was genuinely exceptional. In general, new board member candidates are appointed by a dedicated nomination committee, but this was not the case in Exxon. Part of the company’s shareholders wanted to launch a global application with the idea of safeguarding the company’s future. Expertise in renewable energy was among the selection criteria. I was elected as one of the three new members by shareholder votes, over three billion of which were cast in the General Meeting’s vote. This makes me the first and only non-American board member. I consider this a unique learning experience on board activities,” says Hietala.

The oil sector and renewables are not the only passions for Hietala which is precisely why she left her job at Neste – to influence in multiple sectors. Currently, Hietala also sits in the board of the Irish company Smurfit Kappa.

“It is one of the world’s largest manufacturers of cardboard packaging. The company’s business operations have a solid foundation on the recycling of cardboard and paperboard.”

Hietala holds a third board of directors seat in Tracegrow, a Kärsämäki-based company specialised in recovering and purifying trace elements from waste streams and turning them into fertilisers.

“This contributes to solving the global waste problem. Otherwise, a huge amount of trace elements and metals are wasted.”

Curiosity as a driving force

Hietala remembers well how it felt to start her studies in Geophysics at the University of Oulu in 1991.

I was fascinated by natural sciences, and the University of Oulu had a trailblazing Faculty of Science. I felt like a kid in a candy store!

I completed almost one hundred extra credit units, studying geography and environmental sciences in addition to chemistry and geology. I was curious about everything,” Hietala recalls.

For Hietala, a year spent in Svalbard carrying out measurements for her thesis and studying Arctic subjects was a particularly memorable experience.

“I was part of the first international student group at the new UNIS University Centre. It was a truly exceptional year.”

There is a global call for solutions in numerous sectors. Curiosity has always driven Hietala to open the next door, and she expects no change in the matter. In the future, the change influencer would like to facilitate change in the mining sector as well as the agricultural and food industries. Surprisingly, Hietala does not consider climate change a distressing and discouraging bogeyman, quite the opposite.

I’ve always been drawn to complex, difficult matters. I embrace challenges that can be solved through persevering effort.

My ambition is to help companies in various industrial sectors rebuild themselves to facilitate a responsible future.”

Alumn of the Year 2021 Kaisa Hietala

Kaisa Hietala is an experienced board professional and in her work she has succeeded in combining business and the solutions for environmental challenges.