An exciting urban adventure game with amazing prizes is coming to the city center of Oulu! Your puzzle-solving skills and knowledge of Oulu will be challenged in the game, in addition to which the players will get a chance to influence what Oulu could look like in the future. The enjoyable route will take you through the historic sites and coastal landscapes of Oulu. The urban adventure can be played solo or as a group. 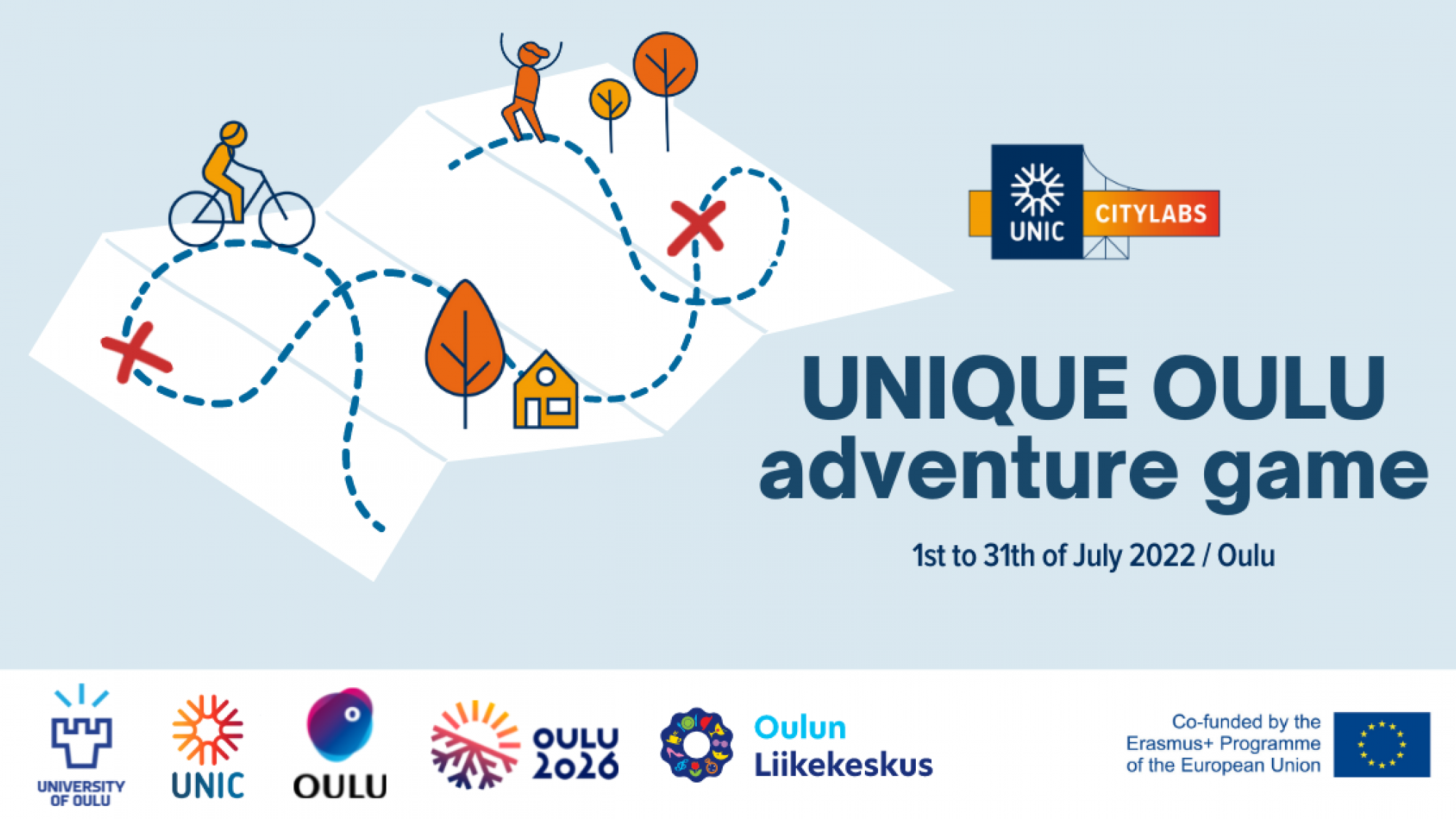 The Unique Oulu adventure game will be playable from the 1st of July until the month’s end and can be played at any time of the day. The approximately four-kilometer route begins at Rotuaari square and ends in Snellman Park. Depending on the pace of your group, it is good to reserve at least two hours for the route. For the game, you will need the ActionTrack mobile app, which can be downloaded for free from the Google Play -store or the App Store. The game can be played in Finnish and English.

The game is developed in collaboration with the City of Oulu, the Oulu2026 project, and the Oulu Business Center. In addition to testing your puzzle-solving skills, knowledge of Oulu, and creativity, the game allows you to participate in the development of the city and take a peek into the future of a unique Oulu.

Amazing prizes will be drawn among those who play and leave their contact information!

The game was first released in June as part of the UNIC CityLabs festival, where researchers, students, and partners from eight European universities worked together to solve the challenges of the future of post-industrial cities.

The course of the game

In case of any problems:

If the app for some reason freezes during the game:

If the map is not functioning properly: