In honour of classroom KE1139

When Tero Mustonen started his studies as a first-year chemistry student, the piece of paper from the university lobby directed him to classroom KE1139. That room became a key location during his studies, and one which continues to remind Mustonen of his precious university years. 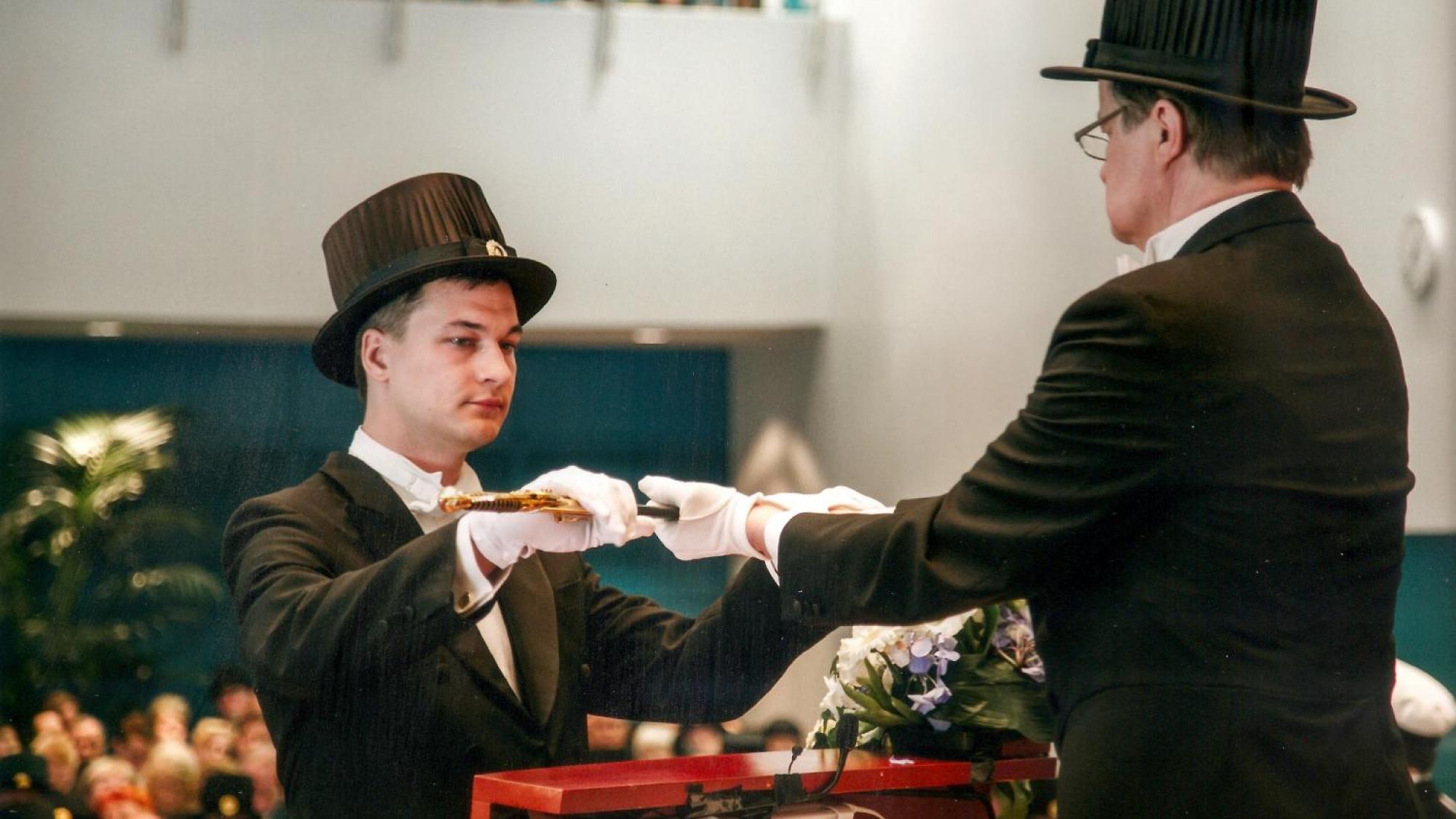 Mustonen’s work trajectory has transported him via Switzerland into Germany. He first graduated as a Master of Chemistry and then completed his doctoral thesis in microelectronics. The path towards technology research opened up when Heli Jantunen’s research group was looking for a chemistry expert for research into printed electronics.

His multidisciplinary education has made Mustonen an interesting prospect for employers, as combining different scientific fields is rare in central Europe.

"I have a perfect education in the sense that I am employed in the field of chemistry and have a Master’s degree in chemistry, and then my electrical engineering degree is, of course, an engineering degree. The combination of these two is very special since, depending on the situation, I can say to my colleagues either that I’m a chemist or an engineer,” says Mustonen.

“Printed electronics was a hot topic just then when I began to research it in Oulu."

Having been drawn into work in the industrial sector, Mustonen was pretty close to leaving his doctoral thesis unfinished. However, having heard of Mustonen’s plans to go and work in Europe, his employer at the time dropped the hint that people in German-speaking regions are very particular about titles and so it would be good to have one’s doctoral papers to hand.

It was a bit of a rush, but a couple of days before moving to Switzerland, Mustonen had his doctorate complete.

“I wrote my thesis in 2009 during evenings and weekends, while working during the days. It was quite a hectic year”, Mustonen remembers with a smile.

Thank you University of Oulu

While working abroad, Mustonen had already been thinking for some time that he would like to somehow give something back to the University of Oulu. During the 2014–2017 fundraising campaign, he decided to make a donation and was thinking about what would be a suitable amount. Then he thought of his old chemistry classroom, KE1139.

“I thought yes, €1139 would be a good amount. And that’s how it has continued – every year I have given the same amount”, Mustonen explains.

“In Finland, there is free education right up to the doctoral level, which is quite unheard of elsewhere in the world."

For Mustonen, giving is a pleasant way to show his gratitude for the education he received in Oulu. While working abroad in Europe, he has gained a new level of appreciation for free education.

“In Finland, there is free education right up to the doctoral level, which is quite unheard of elsewhere in the world. I feel that I have received so much from the University of Oulu, and so I would like to give something back”, Mustonen concludes.

Oulu was a good springboard

A suitable combination of subjects during his studies and selection of a new, interesting research field have carried Mustonen rapidly forward in his career. He says that he was involved in the research of just the right thing at the right time.

“Printed electronics was a hot topic just then when I began to research it in Oulu. This has carried me forward in the business world”, Mustonen points out.

Mustonen appreciates the fact that Oulu's top research units are undeterred in focusing on their own research and trust in their own work. He believes that the Oulu attitude can be clearly seen:

“People who work in Oulu and are involved in research are truly proud of what they do.”