Researchers at the University of Oulu have discovered that the long-term decline of Arctic sea-ice since the late 1970s is fueling extreme heavy snowfall across Northern Europe. The research is the first of its kind to directly link sea ice loss with extreme snowfall. 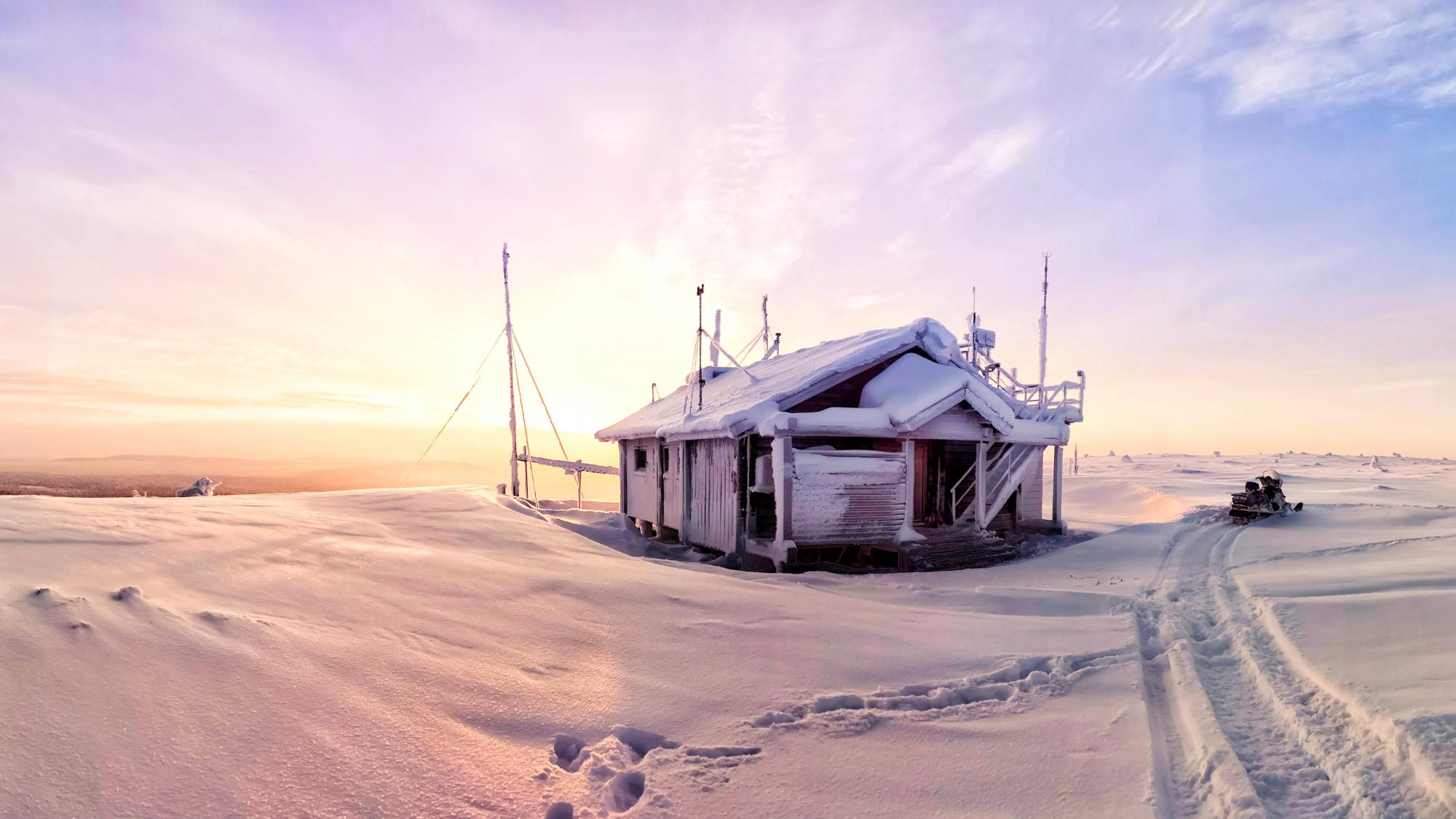 Sea ice loss is one of the most visible indicators of Arctic change. Yet as the Arctic has warmed over the past several decades, a paradox has emerged: vast areas adjacent to the Arctic Ocean show increasing snow mass trends. A new study led by Dr Hannah Bailey at the University of Oulu sheds light on this phenomenon.

The research, published in Nature Geoscience, shows how the gradual 50% reduction in Arctic sea-ice cover since 1979 has provided a new source of atmospheric moisture that directly fuels extreme snowfall across Europe. The study details the infamous “Beast from the East” Arctic outbreak that brought heavy snow and widespread disruption across Europe in March 2018.

Dr Bailey and team tracked the event in Pallas-Yllästunturi National Park, discovering that water vapour and snowfall travelling south from the Arctic into Europe carried a unique geochemical fingerprint. “Using water isotope forensics, we were able to directly observe and trace that moisture back to its oceanic source. In this case the warm open waters of the Barents Sea”, says Dr Bailey. During the 2018 Arctic outbreak, the team determined that intense evaporation from the Barents supplied up to 88% of the fresh snow that fell over Northern Europe.

The Barents Sea has contributed 95% of the observed sea-ice loss across the entire Arctic Ocean since 1979, a reduction of around 600,000 km2 (i.e., an area almost twice the size of Finland). When investigating the long-term impact of this loss, the team found that for every square meter of winter sea-ice lost from the Barents, there was a corresponding 70 kg increase in the evaporation, moisture and snow supply to Northern Europe.

“This means that even though winter temperatures are warming, and average winter snowfall has decreased since the 1970’s… When Arctic outbreaks do occur, like in 2018, they are super-charged with moisture and can bring more snowfall compared to 40 or 50 years ago”, says Dr Bailey. The study concludes that a forecast ice-free Barents Sea in the coming decades will be a major a source of winter precipitation for Europe.

The project was orchestrated by UArctic Research Chair Professor Jeffrey Welker from the Ecology and Genetics Research Unit of the University of Oulu. “This study depicts and traces how sea ice loss has cascading consequences to the Arctic water cycle with dramatic effects on landscapes and societies in mid-latitude regions”, says Dr Welker.

The interdisciplinary research is a collaborative effort between the Universities of Oulu, Alaska Anchorage, Tromsø, the National Centre for Scientific Research in Grenoble, France and is supported by the Finnish Meteorological Institute and their mountain top Sammaltunturi Station.

National Geographic: Big winter snows in the North could be fueled by Arctic sea ice loss