Bumble bees play, according to new research in collaboration with the University of Oulu and Queen Mary University of London published in Animal Behaviour. It is the first time that object play behaviour has been shown in an insect, adding to mounting evidence that bees may experience positive ‘feelings’. 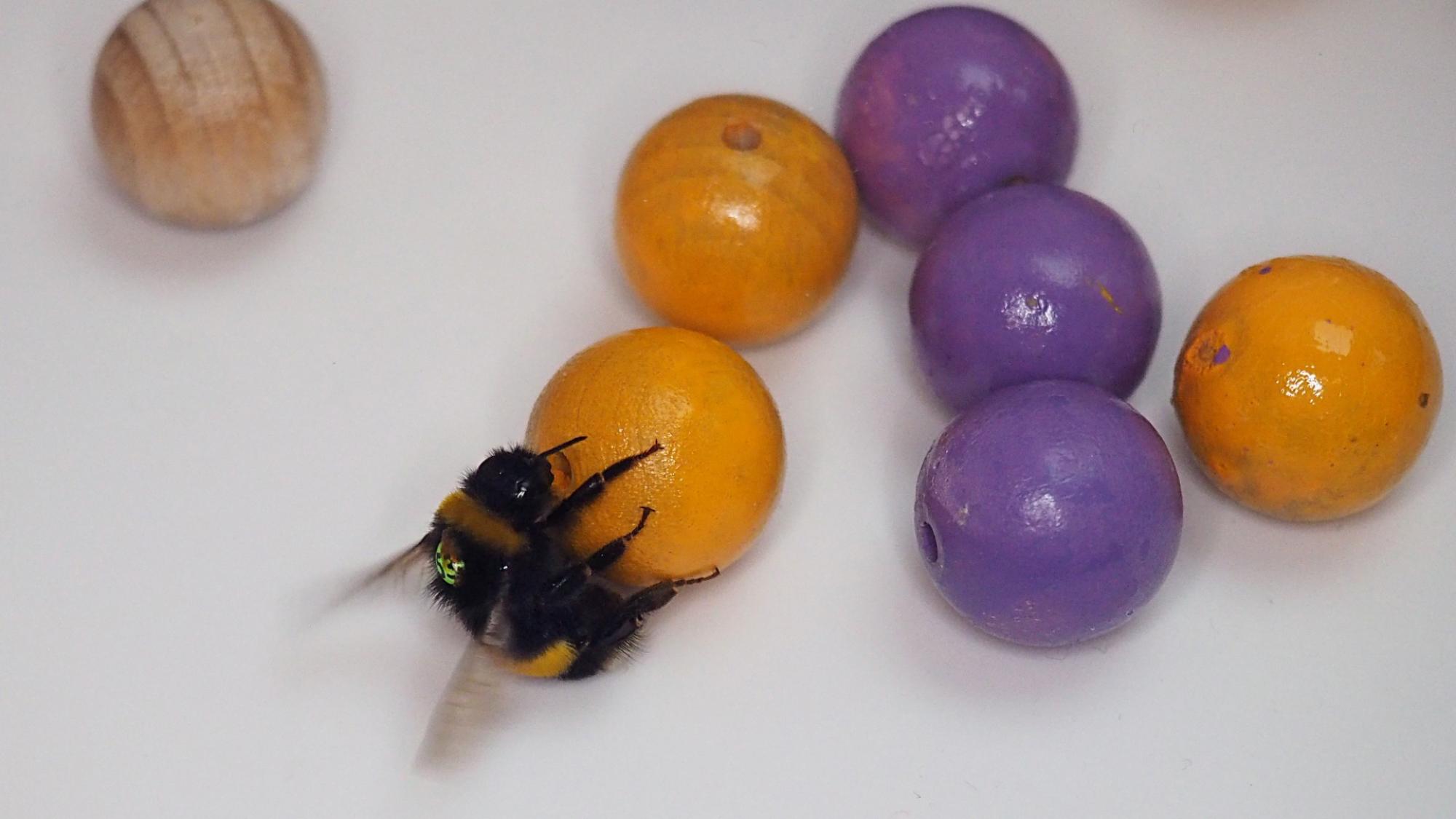 The team of researchers set up numerous experiments to test their hypothesis, which showed that bumble bees went out of their way to roll wooden balls repeatedly despite there being no apparent incentive for doing so. The study also found that younger bees rolled more balls than older bees, mirroring human behaviour of young children and other juvenile mammals and birds being the most playful, and that male bees rolled them for longer than female bees.

One experiment followed 45 bumble bees in an arena and gave them the options of walking through an unobstructed path to reach a feeding area or deviating from this path into the areas with wooden balls. Individual bees rolled balls between 1 and, impressively, 117 times over the experiment. The repeated behaviour suggested that ball-rolling was rewarding. This was supported by a further experiment where another 42 bees were given access to two coloured chambers, one always containing movable balls and one without any objects. When tested and given a choice between the two chambers, neither containing balls, bees showed a preference for the colour of the chamber previously associated with the wooden balls. The set-up of the experiments removed any notion that the bees were moving the balls for any greater purpose other than play. Rolling balls did not contribute to survival strategies, such as gaining food, clearing clutter, or mating and was done under stress-free conditions.

The research builds on previous experiments done by Dr. Olli Loukola, now a docent at the University of Oulu, which showed that bumble bees can be taught to score a goal, by rolling a ball to a target, in exchange for a sugary food reward. During the previous experiment, the team observed that bumble bees rolled balls outside of the experiment, without getting any food reward. “The new research showed the bees rolling balls repeatedly without being trained and without receiving any food for doing so - it was voluntary and spontaneous - therefore akin to play behaviour as seen in other animals”, says master's degree student Kaarle Mäkelä, a co-author who helped carry out part of the study at the University of Oulu.

Study first-author, Samadi Galpayage, PhD student at Queen Mary University of London said: “It is certainly mind-blowing, at times amusing, to watch bumble bees show something like play. They approach and manipulate these ‘toys’ again and again. It goes to show, once more, that despite their little size and tiny brains, they are more than small robotic beings. The results support recent research, which has produced increasing indications that insect minds are much more sophisticated than we previously imagined. The observation will affect our understanding of insect knowledge and well-being and hopefully encourage us to protect life and animals more."

At the University of Oulu, bumblebees are actively studied and recent discoveries include: