Bumblebees only remember in comparisons

Every day, we and other animals make choices between options based on our memories. What do we remember about those options that help us decide?

Researchers at the University of Oulu, along with an international team of scientists, have published a new study about bumblebees' memories. 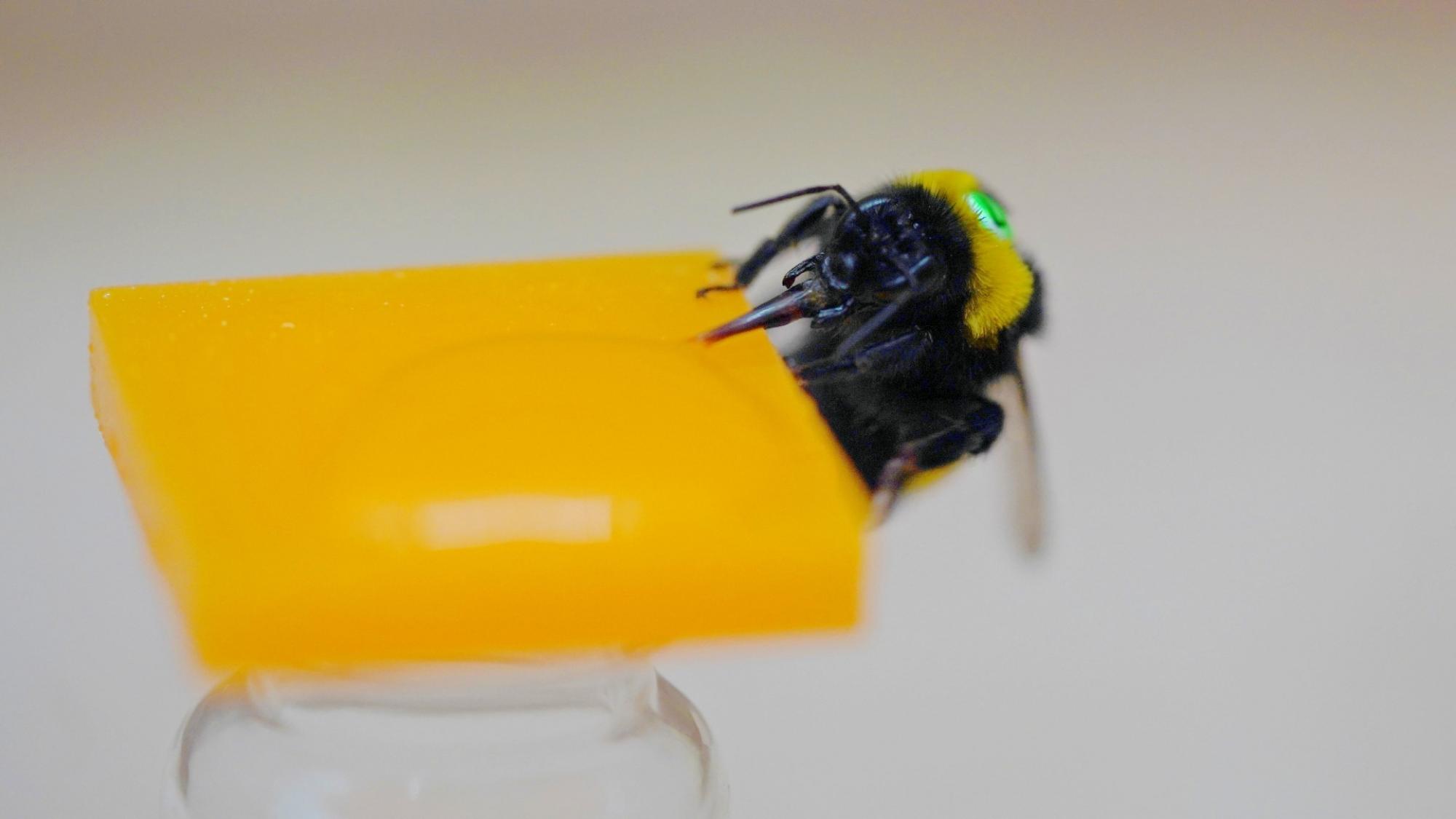 Imagine that you’ve learned that you like pistachio ice cream more than coffee ice cream, and that you like liquorice ice cream more than lemon ice cream. But then one day you visit an ice cream shop that offers both coffee and liquorice flavours, which you’ve never tasted side-by-side. How do you make your choice?  Do you remember absolute information, for example how sweet and robust each flavour was? Or do you just remember the comparisons, for example that coffee had been a not-as-good option and that liquorice had been a better option?

Research shows that we keep memories for both the absolute information and the comparisons. Starlings, a bird native to Europe, and the only other animal for which this question has been examined, similarly use a combination of absolute and comparative information when remembering options. Can we assume that all animals remember the same way? It turns out, we can’t.

Researchers at the University of Oulu, along with an international team of scientists, have published a new study in the journal eLife showing that bumblebees actually don’t seem to keep memories for how sweet a flower was, but instead only remember if it was sweeter than another flower. How did they figure this out?

In this new research bumblebees were first trained on two flowers, learning that one flower was sweeter than a second flower. Later, they learned that a third flower was sweeter than a fourth flower. Then bumblebees were given the choice between two of the flowers they hadn’t seen together before, for example the second and third or the first and third.

Bumblebees can be successful using an entirely different strategy

Over a series of experiments, bumblebees’ preferences during the tests indicated that they could only retain very basic ranking memories for the flowers for very long. In other words, bumblebees could only remember that a flower had been better or worse when originally learned. Bees couldn’t seem to remember for more than a few minutes how sweet or rewarding the flowers were on their own or even how much sweeter they were compared to other flowers.

“Our results reveal an intriguing divergent mechanism for how bumblebees retain and use information about options, compared to humans and birds”, says postdoctoral researcher and co-lead author on the paper, Cwyn Solvi from the ecology and genetics research unit at the University of Oulu.

The researchers think it may be that the different strategies used by bumblebees and humans may have evolved because of their different diets. Maybe because bumblebees evolved to mostly only eat flower nectar, they never needed to remember the details and could survive and thrive simply using simple comparisons.

Ms Yonghe Zhou, co-lead author on the paper and currently a doctoral student at Queen Mary University of London, adds: “Despite what may seem to be a poor memory strategy, bumblebees do very well in finding the most profitable flowers. It’s fascinating to consider how different animals, in their own ecological niche, can be similarly successful using such different strategies.”

The research paper was published in the journal eLife on Sept 27, 2022.

Ecology and genetics research at the University of Oulu