New study from researchers at university of Oulu and their international collaborators, published in the journal Proceeding of the Royal Society B, shows that honeybees are able to solve a type of math test without any need for numbers. 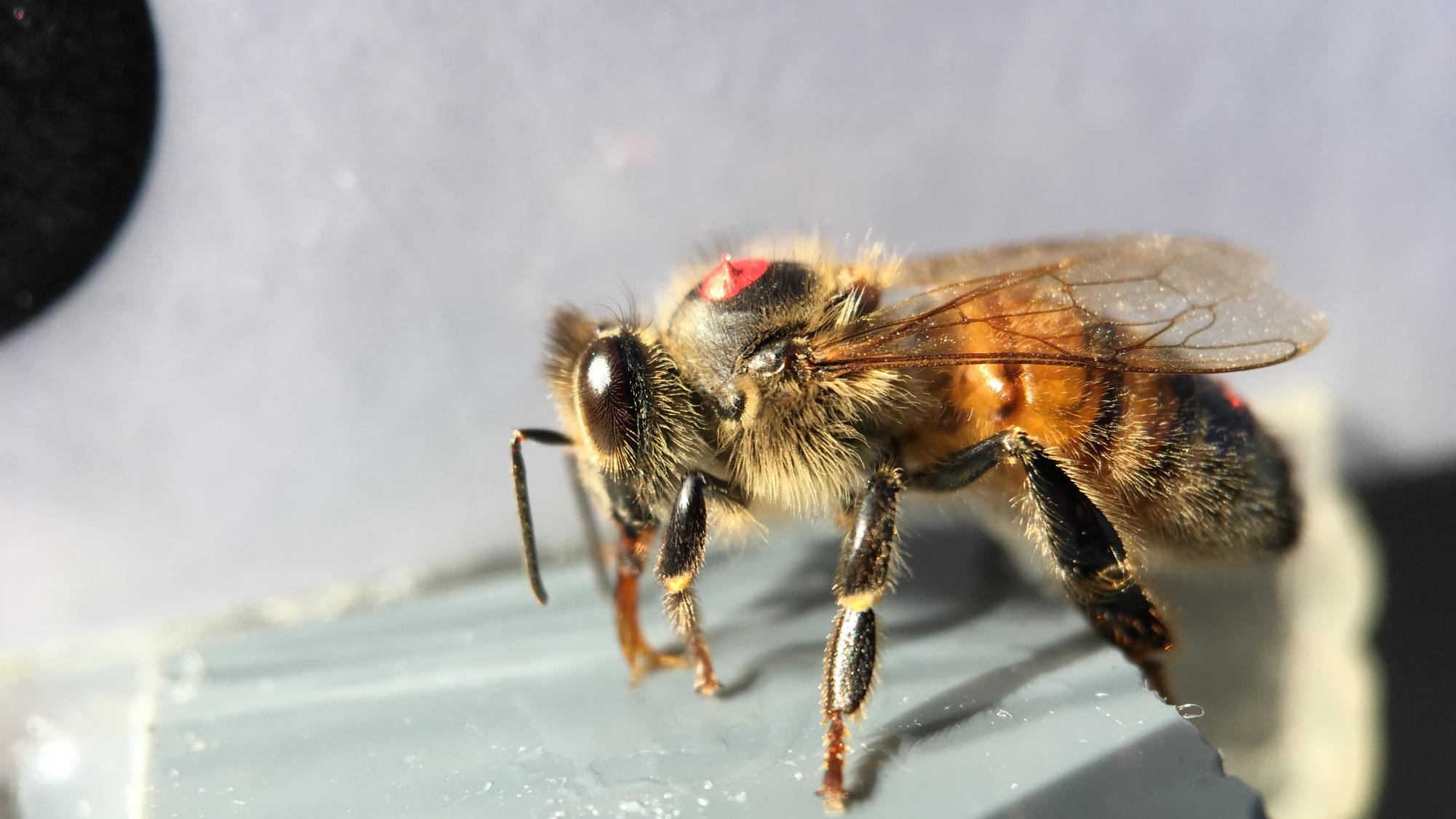 The ability to use numbers is a powerful cognitive capacity for humans. There has been enormous interest in discovering if and how other animals might solve number problems. However, animals are often very good at finding efficient and sometimes unexpected solutions to problems.

Using a task design commonly employed to test numerical cognition in bees and a variety of other animals, researchers trained honeybees to discriminate placards with different numbers of shapes. Bees performed well during training and on a learning test. However, additional tests revealed that honey bees used non-numeric visual features to solve the task.

The researchers also created a model based on the known physiology of the bee brain. This “bee brain” model was able to solve several other similar numeric-based tasks without any need for number processing.

Dr HaDi MaBouDi is the lead author on the paper who is based at Sheffield University. He said: “The results of our study show that animals are incredibly clever and can solve tasks in efficient and unexpected ways.”

Dr Olli Loukola, a co-author at University of Oulu in which the study was performed, said: “The results of our work suggests that the ability to distinguish items based on continuous magnitudes, i.e. properties such as density or total area of items, might be more basic and perhaps evolutionarily older than the ability to process numbers”

Another co-author, Maria Honkanen, who is a biology student at University of Oulu, added: "It is truly interesting how this kind of numerical task can be efficiently solved without numbers. I think this shows well how a problem might have multiple solutions, when considering it from different angles."

Dr MaBouDi cautions: “This doesn’t mean that bees or other non-verbal animals can’t understand numbers, but it does suggest that animals use non-numeric properties to solve the math problems they often face.”