Professor Juha Auvinen is the Health Influencer of 2022

Mediuutiset has again selected the most important health influencers of the year. Professor Juha Auvinen from the University of Oulu was ranked first in this year's list of influencers, which means he was chosen as the Health Influencer of 2022. 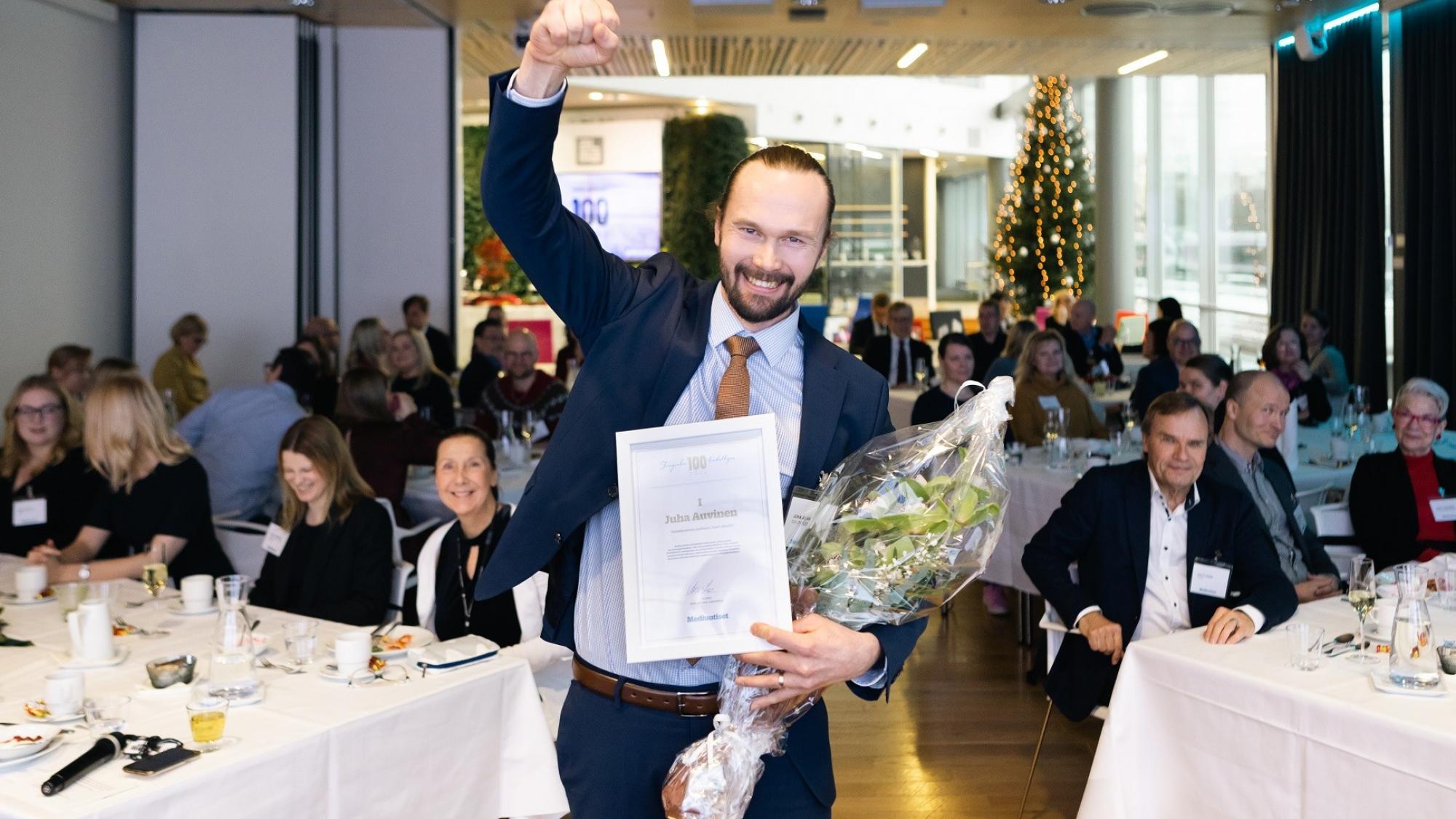 Juha Auvinen is the 2022 Health Influencer of the Year. Photo by Vesa Laitinen

Auvinen's selection was particularly influenced by his strong concern for continuity of care in primary health care. He was project manager for the Omalääkäri 2.0 study for the Ministry of Social Affairs and Health, which outlined a continuity of care model for Finland based on evidence. The model was published in August. Professor Auvinen has also sparked a debate on the pitfalls of increasing telecare in primary care.

The full list of 100 influencers was published (in Finnish) on Friday 9 December.

The influencers will be selected by Mediuutinen's editorial team, and there will be 10 different categories. The criteria for selection is that the person has made an impact on the health sector during the past year.

There are also two co-authored shortlists. The Candidates of the Year are selected by the Medical Candidate Societies, while the Dissertators of the Year list is compiled by the medical faculties.