Professor Emerita (h.c.) Vuokko Hirvonen is the University of Oulu’s Alumna of the Year 2020. The nomination is based on Hirvonen’s significant contribution to the Sámi language and literature, and indigenous research. 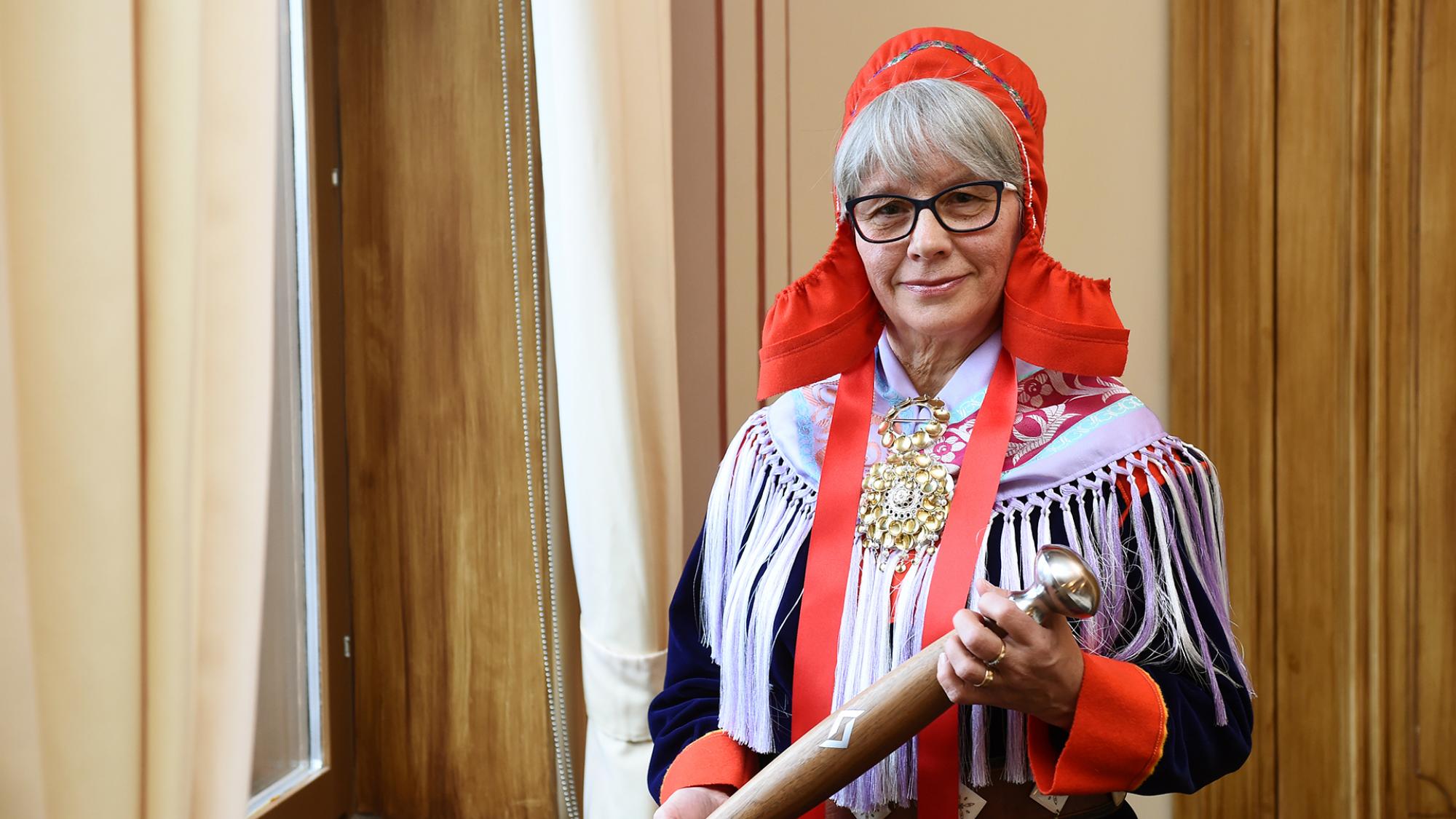 The University of Oulu Association (Oulun Yliopistoseura) published the award at a nomination event held on 6 November 2020.

Vuokko Hirvonen was born in Utsjoki in 1955. She studied sociology at the University of Tampere, but moved to the University of Oulu, where she graduated as a Bachelor of Humanities in 1990 and a Master of Arts in 1991. Her main subject was Sámi language and culture. Hirvonen complemented her degree with studies in Finnish language and literature.

Vuokko Hirvonen defended her doctorate in philosophy in 1999 on Sámi language and culture. Her doctoral dissertation Sámeeatnama jienat: Sápmelaš nissona bálggis girječállin (Voices from Sápmi. Sámi Women’s Path to Authorship) is the first doctoral dissertation written in Sámi. In the dissertation, Hirvonen studies the careers of Sámi women writers through the production of four generations of authors.

Between 2000 and 2003, Hirvonen led a Research Council of Norway project assessing the basic education reform in Norway in 1997. She strongly emphasised the insufficient resources to guarantee bilingualism (Norwegian and Sámi languages). Vuokko Hirvonen has held teaching positions at the University of Oulu Giellagas Institute, University of Helsinki and Umeå University. She has also cooperated with Lakehead University (Canada) and the University of the Arctic.

In addition to literary studies, Hirvonen is interested in research integrity issues and education research. She is a very requested speaker and has numerous publications in her own field of research, and she continues to supervise doctoral dissertations. Umeå University granted her an honorary doctorate in the field of education research in 2019.

Together with Professor Rauna Kuokkanen, Vuokko Hirvonen has written a book about the tradition and current trends of Sámi literature Saamelainen kirjallisuus ennen ja nyt [Sámi fiction now and then] (2015). The book is written in Sámi, Finnish and English. Vuokko Hirvonen and translator Kaija Anttonen have also translated texts by Pedar Jalvi, a pioneer in Sámi literature, into Finnish. They have been compiled in Lumihiutaleita ja pieniä pakinoita [Snowflakes and short causeries] (2017).

The University of Oulu Association (Oulun Yliopistoseura) now appointed the Alumni of the Year for the 22nd time. The annual nomination of honourable alumni began 20 years ago. The first Alumnus of the Year award was granted to President Martti Ahtisaari in 1999.